‘ISIS Bride’ Should Return and Tried For TREASON 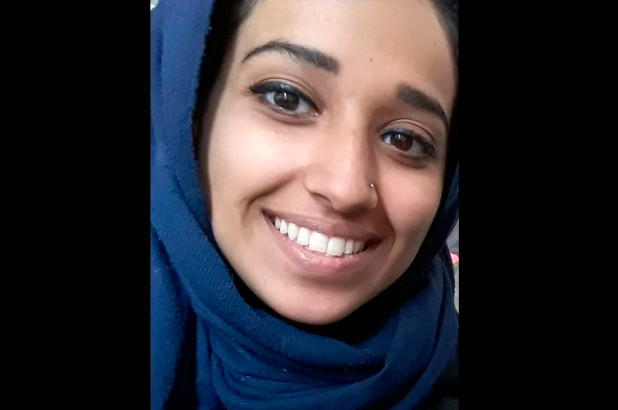 
After a silly political season of loose, irresponsible and dopey talk of “treason,” the United States apparently has forgotten what to do when faced with the real thing.
President Trump, who can always be counted on to put out a rhetorical fire with gasoline, recently suggested that the actions of his tormenters Rod Rosenstein and Andrew McCabe may have been “treasonous.” Before that, former CIA boss John Brennan described a presidential press conference as “nothing short of treasonous.” Trump minions described Omarosa Manigault Newman as having “committed treason” by writing a book that embarrassed Trump.
The Twitter-happy president suggested “treason” was the case with that anonymous New York Times column about the dysfunction in his administration. Malcolm Nance, an intelligence consultant, went on television to claim “the president of the United States may have committed treason” because — get this — he goes around “tweeting about people who are investigating his activities.”
The same political class using the word “treason” in every third sentence cannot seem to muster the will to prosecute an actual case of it in the matter of Hoda Muthana.
Muthana, the US-born ISIS groupie and propagandist currently being held in a Turkish-run refugee camp in Syria, was more than the wife of a series of Islamic State fighters, each of them killed in turn. (At 24 years of age, she is a widow three times over.)
She was a woman of some consequence within the group. She traveled to Syria to join ISIS of her own accord and took an active role in the organization, adopting the nom de guerre Umm Jihad — “Mother of Jihad” — and was, among other things, a constant grisly social-media cheerleader for atrocities such as the massacre of the Charlie Hebdo workers in Paris.
Muthana says she wants to return to the United States to face the legal consequences for her actions. The Trump administration should accommodate her.
The Constitution is specific on the matter and how to deal with it: “Treason against the United States shall consist only in levying war against them, or in adhering to their enemies, giving them aid and comfort. No person shall be convicted of treason unless on the testimony of two witnesses to the same overt act, or on confession in open court.”
It should be a slam-dunk prosecution — and an instructive civics lesson to boot.
But the Trump administration is making a lame attempt to deny her reentry to the United States with an implausible claim that she is not a US citizen, because her dad was a diplomat. She was born in the United States. She has twice been issued a US passport. Her father was not a diplomat at the time of her birth, and with the exception of exceedingly rare “non-citizen nationals” (a category that includes a handful of people born in specific circumstances in far-flung US possessions such as Swains Island) people with passports are US citizens.

US citizenship can be revoked — after a treason conviction in court, not as a substitute for one.
The Obama administration handled these cases lawlessly, drawing up hit lists of US citizens such as Anwar al-Awlaki — the “Osama bin Laden of Facebook,” they called him — and having them assassinated under the pretext that these were “battlefield” deaths. The Trump administration has the opportunity to do better.
Instead, President Trump is attempting to make policy via Twitter: “I have instructed Secretary of State Mike Pompeo, and he fully agrees, not to allow Hoda Muthana back into the Country!” he tweeted. But the president has no such constitutional power, irrespective of whether the secretary of state agrees with him.
What he does have the power to do is to see to it that the law is enforced. In this case, it should be enforced to the utmost.
This isn’t a question of some testy exchange at a press conference, after all. Hoda Muthana was engaged in levying war against the United States of America. The politicians in Washington like to talk about treason — are they willing to do something about it?
Source>https://nypost.com/2019/02/23/isis-bride-should-return-and-teach-trump-a-lesson-on-treason/
Posted by theodore miraldi at 10:02 AM