LYIN KAMALA! Smoked Pot To Music BEFORE Composed By Artists 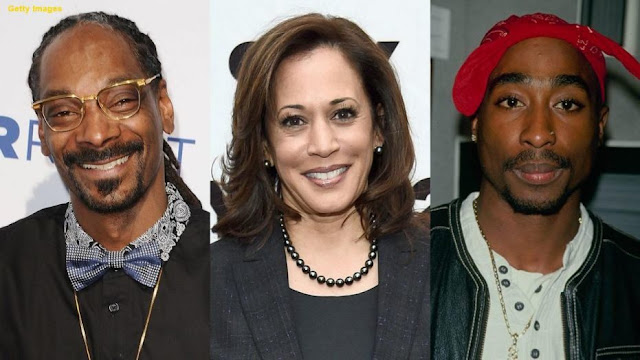 Brian Flood
California Sen. Kamala Harris claims she listened to Snoop Dogg and Tupac Shakur when she smoked pot in college – but the West Coast rappers weren’t putting out music until years after she graduated.
“I have. And I inhaled. I did inhale,” Harris said when asked if she has smoked weed. “It was a joint.”
KAMALA HARRIS, PUSHING LEGAL MARIJUANA, SAYS SHE SMOKED POT IN COLLEGE: 'AND I INHALED'
Harris made her comments Monday on "The Breakfast Club," the New York City-based nationally syndicated radio program hosted by DJ Envy, Angela Yee and Charlamagne tha God. The program touts that it is “the world’s most dangerous morning show” and is popular in the hip hop community.
The 2020 Democratic presidential contender was then asked what music she listened to when she smoked a joint. Charlamagne tha God bluntly asked, “What was you listening to when you was high? What was on? What song was on?”
Harris quickly responded, “Definitely Snoop, Tupac for sure.”
However, Harris graduated from Howard University in 1986 and was finished with law school by 1989. She was admitted to the State Bar of California in 1990.
Snoop Dogg’s debut album “Doggystyle” was released in 1993. Snoop made music prior to his first album, appearing on Dr. Dre’s 1992 album “The Chronic” and the soundtrack of the 1992 film “Deep Cover,” but they were both released years after Harris finished school.
As for Tupac, his first album “2Pacalypse Now” was released in 1991. The rap legend also recorded music as part of the group Digital Underground, but it was also released in the early 1990s after Harris finished school.
The radio hosts failed to check Harris on the inaccurate info and quickly pivoted to a discussion about current rapper Cardi B.
Harris’ office did not immediately respond to a request for comment.
Fox News’ Paul Steinhauser contributed to this report.
Source>https://www.foxnews.com/politics/kamala-harris-says-she-listened-to-snoop-dogg-tupac-while-smoking-weed-in-college-years-before-they-made-music
Posted by theodore miraldi at 12:23 PM