Social JUSTICE has Become a New EXCUSE for Prejudice 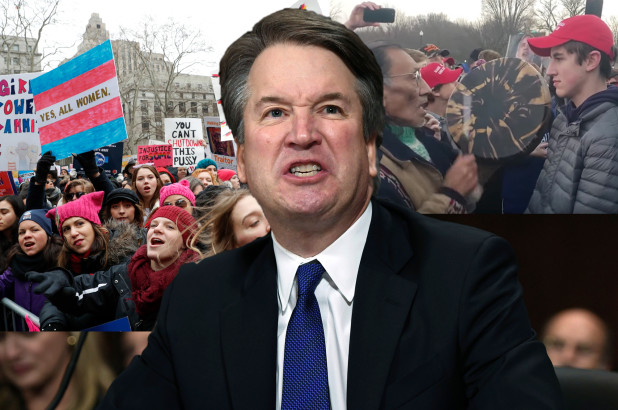 On a basic level, nothing could be more American than the idea of “social justice.” Theoretically, it is an ideological commitment to equality and fairness, seeking restitution for historical wrongs and achieving reconciliation.
In reality, it is something far more sinister.
Social justice is identity politics in practice, which has come to reject objectivity and colorblindness. It instructs adherents to see society as an unnavigable matrix of overlapping persecutions and reject meritocracy as an unattainable myth, sapping them of agency and robbing them of individuality. And when the political system fails to meet these unrealistic expectations, it leads its devotees to lash out.
For a growing cohort on the social justice left, the measured approach to civil rights displayed by historical advocates, such as the American Civil Liberties Union, is an obstacle on the path to karmic equity. After all, “colorblind logic,” wrote K-Sue Park, a Critical Race Studies fellow at UCLA, has “never secured real freedom or even safety for all.”
The tenets of this new faith proscribe what the University of California system has called the “myth of meritocracy.” Among the forbidden “micro-aggressions” the sufficiently woke should avoid are boilerplate expressions of patriotism like “America is the land of opportunity” and “Everyone can succeed in this society if they work hard enough.” Pupils are instructed that they cannot achieve their dreams without the aid of enlightened liberal Sherpas.
Racial segregation in American schools and universities is making a comeback. Faculty and administrators defend the concept of demographically distinct “safe spaces” and racially segregated cafeteria tables in the effort to prevent “uncomfortable learning.”
While a legitimate theory for understanding prejudice, intersectionality has transformed its adherents into blinkered paranoiacs. It has driven the Women’s March organizers to embrace noxious elements like the cop killer Assata Shakur and the anti-Semite Louis Farrakhan. To abandon them would suggest devotees hold the same prejudices against which they claim to struggle.
We are regressing to the point where we ascribe status based on hereditary traits. That is the only way to describe the so-called “right to be believed,” an idea endorsed by figures as prominent as Hillary Clinton, which requires deference, not impartiality, to the claims of alleged sexual-assault survivors. Adherents believe that misogyny is so interwoven into American institutions that such allegations are not fairly adjudicated in the justice system. In practice, this notion stripped the Duke Lacrosse players and University of Virginia fraternities of their presumption of innocence.
Once an idea that helped us to think about fairness and rectitude, social justice has become the antithesis of blind, objective justice

Social justice confuses racial enlightenment with stereotyping, as exemplified by the recent confrontation between MAGA hat-clad teenagers from a Catholic school and a black nationalist group fronted by a Native American man. The Atlantic’s James Fallows explicitly rejected the idea of individuality in this conflict. To him, the teenagers were the nondescript heirs to the 20th century’s segregationists, and their abusers were their righteous and aggrieved victims. The Washington Post saw this as a chance to litigate the historic injustices the Catholic Church has visited upon America’s indigenous population.
So, too, for Supreme Court Justice Brett Kavanaugh, who was judged by many American elites solely based on his demographic traits.
Kavanaugh’s indignance over being tried in a mock tribunal on criminal claims was evidence of “entitled white men acting like the new minority,” wrote New York Times opinion writer Maureen Dowd. ABC News analyst Matthew Dowd suggested that the Kavanaugh episode was an indication that “we, as white male Christians,” should “give up our seats at the table.”
It wasn’t the allegations at all but the reversal of power dynamics for “white men” that led Kavanaugh to lash out, wrote Jennifer Palmieri, the former communications director for Hillary Clinton’s campaign. “As we go through the reckoning of this lopsided power balance,” she added, “there’s going to be a lot more of this.”
Once an idea that helped us to think about fairness and rectitude, social justice has become the antithesis of blind, objective justice.
Its essential nature compels its believers to treat individuals unequally in the name of equality. In its present form, it is difficult to avoid the conclusion that social justice is neither social nor just.
Source>https://nypost.com/2019/02/02/social-justice-has-become-a-new-excuse-for-prejudice/
Posted by theodore miraldi at 5:49 PM