Admissions SCANDAL Shows How the Rich Rig the System Without SHAME 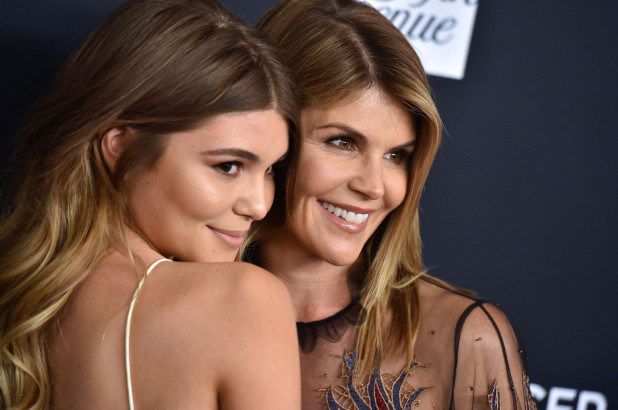 
What price delusions of grandeur?
Tuesday’s shocking federal indictment of 33 parents, including CEOs, lawyers, titans of industry, and Hollywood stars Felicity Huffman and Lori Loughlin, reads like a pulpy morality tale for the modern age: rich people scamming their not-very-special kids into elite schools, allowing them to enter the world and the workforce completely confident of their superior intelligence. After all, if they went to Georgetown . . .
We’ve all worked with people like this: Academically pedigreed yet not very smart, the ones in life who fail upward.
The most telling detail: Many of the kids didn’t even know they didn’t deserve it. According to the criminal complaint, the defendants — who will doubtless claim they just wanted the best for their children — actively deceived their children in some cases, faking test scores, elaborate athletic pedigrees, and in at least one instance, slipping the scheme’s mastermind her son’s handwriting to facilitate forgery.
Consider this exchange between the mastermind known as CW-1 (Cooperating Witness 1) and defendant Gordon Caplan, co-chairman of a New York-based international law firm. CW-1 explains how they’ll have a proctor secretly doctor his daughter’s ACT.
CW-1: “She won’t even know that it happened . . . she will think that she’s really super smart . . . She’ll feel good about herself . . . You know what’s going to happen? She’s going to say, ‘Dad, can I re-take the test again? ’Cause I think I can do better.’. . . And we will say no.”
“To be honest, I’m not worried about the moral issue here,” said Caplan, who was paying $75,000 for this fraud alone. “I’m worried about the — if she’s caught doing that, you know, she’s finished.”
Amorality at its finest. Caplan risked his daughter’s future without her knowledge or consent. Whose interests were really being served here?
William E. McGlashan Jr., a California-based exec at a global private equity firm, told CW-1 that he wanted to get his son into USC through the scheme’s “side door” as an athletic recruit — even though his son was not an athlete and would be confused if admitted as such. This was after McGlashan had already paid $50,000 for someone to secretly correct his son’s ACT exam.

CW-1 and McGlashan settled on making his son a football star, complete with fake profile and Photoshop.
CW-1: “So I’m gonna make him a kicker.”
McGlashan [laughs]: “He does have really strong legs . . . You may actually turn him into something.”
Lovely.
The cost of admission to elite universities and colleges has long been an open secret, as has that old cliché: There’s one rule for the rich and one for everyone else. George W. Bush was a C student yet was a legacy at Yale and went on to Harvard. JFK Jr. was a lackluster student who made it into Brown. Jared Kushner was admitted to Harvard after his father donated $2.5 million to the university.
It’s cynical to say, but at least there’s a level of transparency to such cravenness.
But this scandal, with its complications and obfuscations, shows just how far the elite will go to buy what they so often tell us should be earned without complaint — that our ostensible meritocracy makes everything right in the end.
And you wonder why AOC’s call to eat the rich resonates.
It also begs the question: When we send our kids to elite, increasingly expensive colleges, what exactly are we paying — or going into debt — for? Is it entrée into the echelons of wealth and power, as “Hillbilly Elegy” author JD Vance, himself an increasingly rare meritocratic Ivy Leaguer, has described? Is it a sense of lifelong financial security? Or have our most esteemed halls of higher learning been degraded further, from status symbols no different from Hermes or Porsche to Instagram stories and co-branding opportunities?
If you think that’s an exaggeration, look at Loughlin’s daughter Olivia Jade, now a freshman at USC. As Page Six reported, last September she promoted sponsored Amazon Prime content on Instagram, posting this: “Officially a college student! It’s been a few weeks since I moved into my dorm and I absolutely love it. I got everything I needed from Amazon with @primestudent and had it all shipped to me in just two days.”
This was before posting, last year, that she had zero interest in actual learning. “I don’t know how much of school I’m gonna attend,” she posted on her YouTube channel, which has almost 2 million subscribers. “But I’m gonna go in and talk to my deans and everyone . . . I do want the experience of like game days, partying . . . I don’t really care about school, as you guys all know.”
If only some admissions officer at USC had caught that.
Source>https://nypost.com/2019/03/12/college-admissions-scandal-shows-how-the-rich-rig-the-system-without-shame/
Posted by theodore miraldi at 9:16 AM