Greenpeace Founder Patrick Moore: The Green New Deal Would Lead to the 'END of CIVILIZATION' 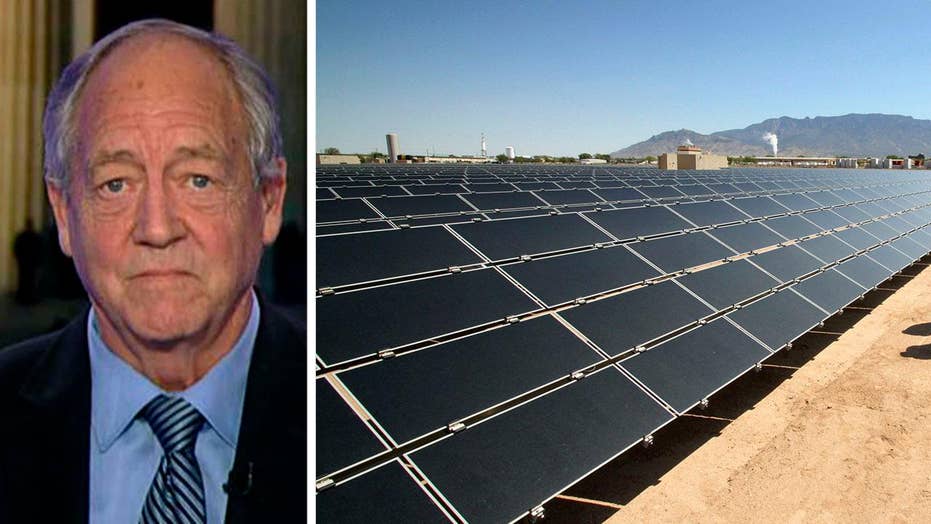 
Greenpeace founder Patrick Moore, a vocal critic of the Green New Deal, appeared on “Tucker Carlson Tonight” Monday to make the case that the sweeping plan introduced by Rep. Alexandria-Ocasio-Cortez, D-N.Y., would be a disaster for mankind.
Moore warned that the implementation of the agenda being promoted by prominent Democrats, including several 2020 candidates, would lead to the “end of civilization” because of the goal of phasing out essential energy sources like coal and nuclear within 10 years.
GREENPEACE CO-FOUNDER TIES INTO OCASIO-CORTEZ, GREEN NEW DEAL: 'POMPOUS LITTLE TWIT'
“Basically, they are opposed to approximately 98.5 percent of all the electricity that we are all using and nearly 100 percent of all the vehicle and transportation and ships and planes that we are using,” Moore told Carlson. “So when I tweeted the other day and had a huge response- over 3 million impressions on Twitter, when I said ‘You don’t have a plan to feed 8 billion people without fossil fuels or get the food into the cities where it’s needed. That requires large trucks, and there’s not going to be electric trucks anytime soon hauling 40 tons of food into the supermarkets.”
Moore predicted that if fossil fuels were banned, “agricultural production would collapse” and that starvation would spread in cities across the country, and “half the population would die” shortly after.  He also believed that there would be no more trees on the planet since humans would have to rely on that for fuel and called the banning of airplanes “insanity.”
Source>https://www.foxnews.com/politics/former-greenpeace-founder-patrick-moore-the-green-new-deal-would-lead-to-the-end-of-civilization
Posted by theodore miraldi at 7:38 AM