HOLDER: 'Exactly When Did You Think AMERICA Was GREAT?'

Well Mr. Holder, It Certainly Wasn't When YOU, The ONLY AG In American History to Be In CONTEMPT OF CONGRESS! Or, selling Guns to DRUG CARTELS.
...tmiraldi 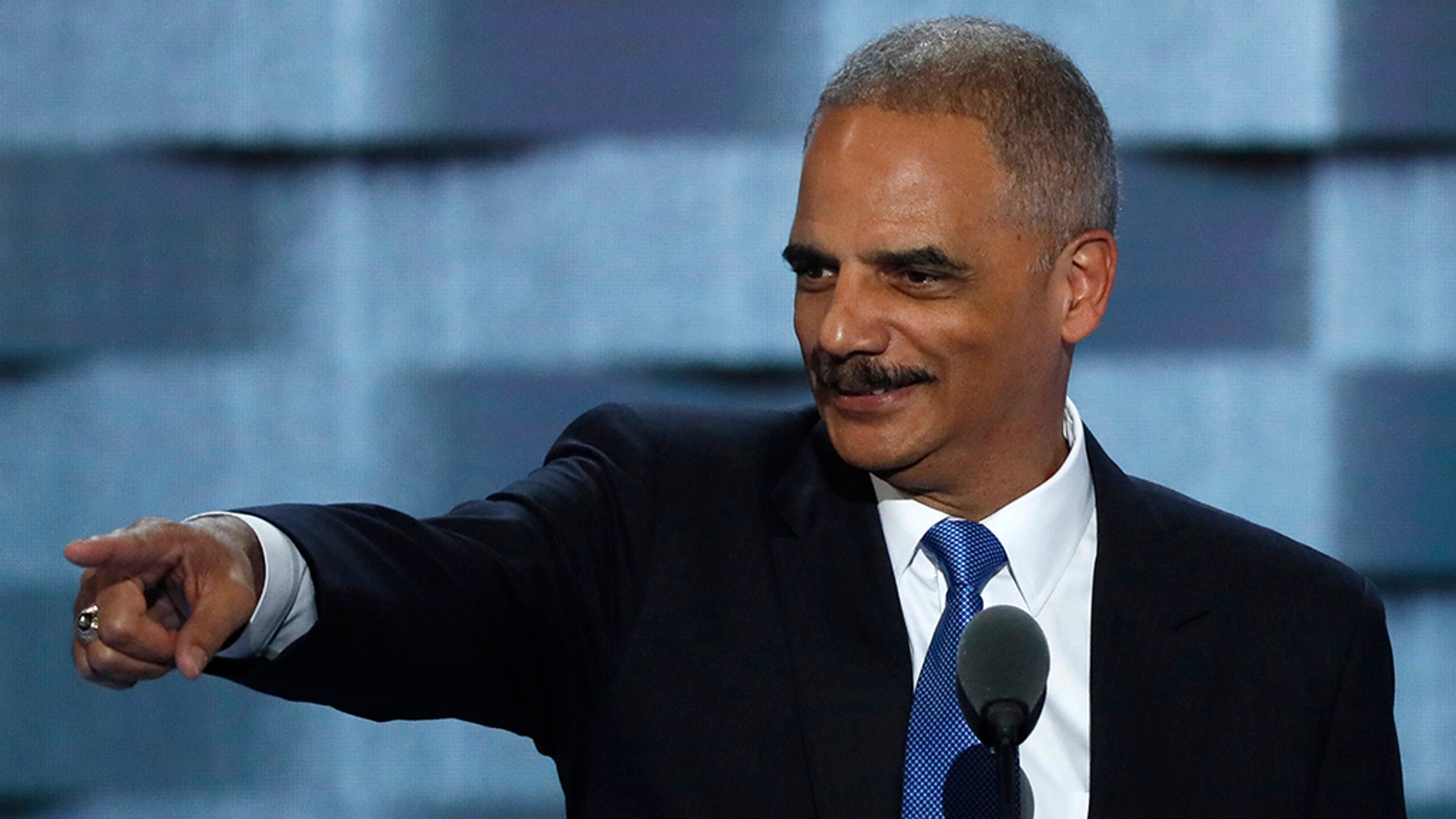 
It turns out New York Gov. Andrew Cuomo isn’t the only prominent Democrat who questions whether America was ever that great.
In pointed terms during an interview with MSNBC on Wednesday, Obama-era attorney general Eric Holder posed the question to MAGA-chanting Trump supporters: "Exactly when did you think America was great?"
The comments echoed those of Cuomo, who took heavy criticism for remarking last year that America “was never that great.” Together, both off-the-cuff comments amount to stunning statements from public figures who until recently were considered potential presidential candidates. In both cases, the Democrats took shots at America's past as part of an effort to criticize President Trump's "Make America Great Again" slogan.
After speaking during Wednesday's MSNBC interview with Holder on topics like criminal justice reform and partisan redistricting – which the ex-AG says is now his focus instead of running for the White House in 2020 – host Ari Melber had asked him: “There is a lot of talk about America being a leader as a democracy, quote unquote, in the 1800s when women and African-Americans couldn’t vote. What kind of democracy is that?”
Holder, unprovoked, then used his answer to tear into Trump's campaign rally cry.

I hear these things about 'let’s make America great again' and I think to myself, exactly ‘when did you think America was great’?
— Former Attorney General Eric Holder on MSNBC's "The Beat with Ari Melber"

"That's exactly right. And that's what I hear these things about 'let’s make America great again' and I think to myself, ‘exactly when did you think America was great’?” he said on the show.
“It certainly wasn’t when people were enslaved. It certainly wasn’t when women didn’t have the right to vote. It certainly wasn’t when the LGBT community was denied the rights to which it was entitled."
Melber then asked Holder if he believes Trump’s 2016 campaign slogan had discriminatory undertones.
“Does that phrase echo as discrimination in your ears?” the MSNBC host asked.
TRUMP ASKS HOW CUOMO CAN SURVIVE AFTER SAYING AMERICA 'WAS NEVER THAT GREAT'

“It takes us back to what I think, an American past that never in fact really existed. This notion of greatness,” Holder replied.
“You know, America has done superb things. It has done great things. And it has been a leader in you know, a whole range of things. But we are always a work in process and … looking back, ‘Make America Great Again’ is inconsistent with who we are as Americans at our best where we look at the uncertain future, embrace it and make it our own.”
Holder’s comments Wednesday echo remarks made by Cuomo last year in which he drew gasps and chuckles from an audience by declaring that America “was never that great.”
“We’re not going to make America great again. It was never that great,” Cuomo said during a bill signing event in New York last August. “We have not reached greatness, we will reach greatness when every American is fully engaged, we will reach greatness when discrimination and stereotyping against women, 51 percent of our population, is gone and every woman’s full potential is realized and unleashed and every woman is making her full contribution,” he continued.
Cuomo’s office later was in damage control mode and said the governor “believes America is great and that her full greatness will be fully realized when every man, woman and child has full equality.”
“America has not yet reached its maximum potential,” it added.
Source>https://www.foxnews.com/politics/eric-holder-when-did-you-think-america-was-great
Posted by theodore miraldi at 3:08 PM