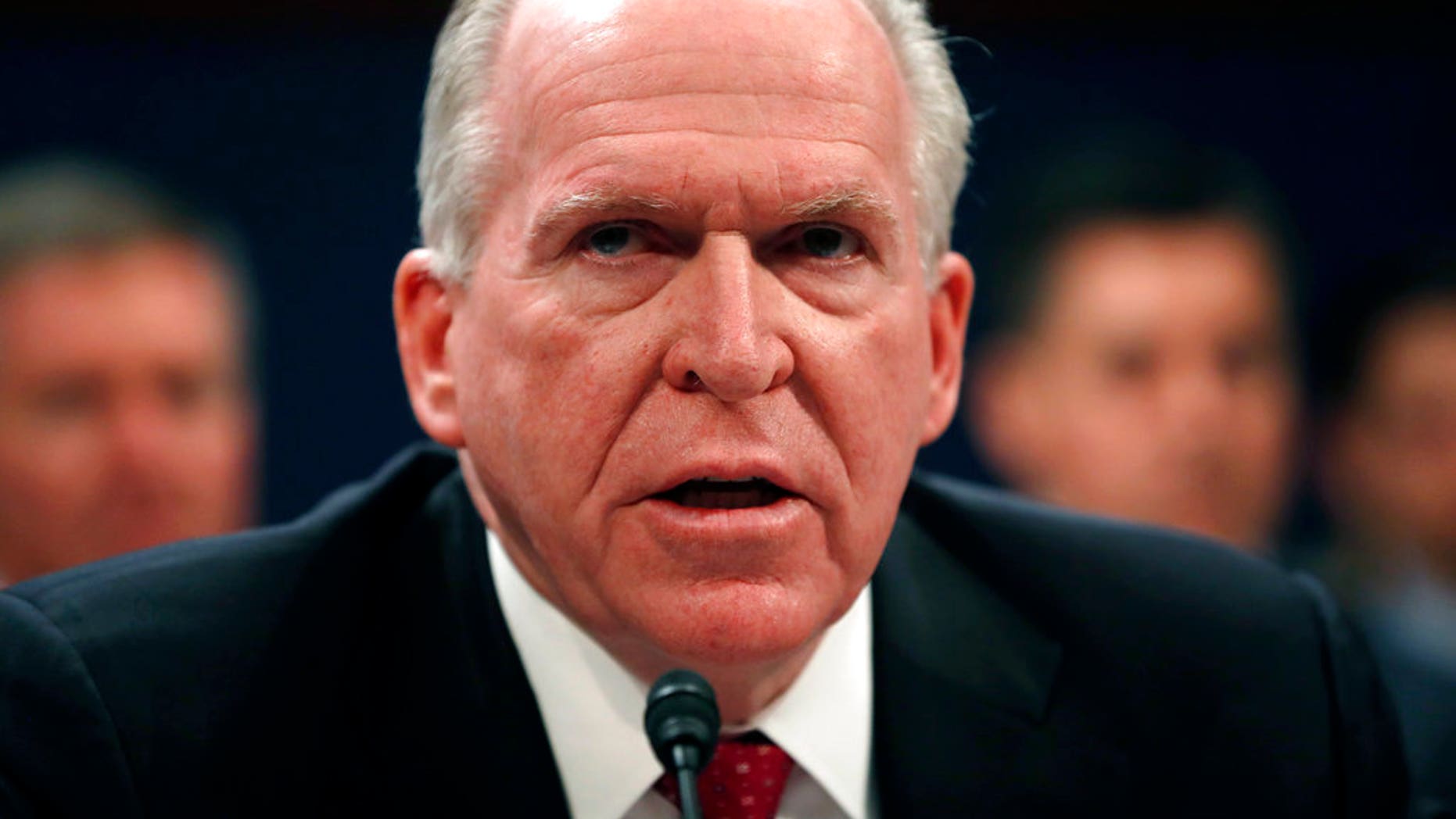 Bad Information.
That’s what former CIA Director John Brennan is blaming for his near-constant attacks on President Trump after Special Counsel Robert Mueller's probe into alleged collusion between Trump and Russia ended up clearing the president.
Brennan, whose role in the Obama administration helped land him a job as an MSNBC contributor and lent his perspective on national security major gravitas, once warned that the Mueller probe showed “our Nation’s future is at stake.” But on Monday, a day after Attorney General William Barr released a summary of Mueller's findings, showing there was no evidence Trump or anyone close to him colluded with Russia to steal the 2016 election, Brennan admitted he may have gotten it wrong.
“I don't know if I received bad information, but I think I suspected there was more than there actually was,” Brennan told MSNBC’s “Morning Joe.”
JAMES CLAPPER DEFENDS HIS TRUMP-RUSSIA COMMENTARY ON CNN: 'I'VE TRIED TO BE FACTUAL AND TEMPERATE-MINDED'
“I am relieved that it’s been determined there was not a criminal conspiracy with the Russian government over our election.”
But despite his mea culpa, the former top spy still hedged his bets.
Brennan told Joe Scarborough he still believes there are clear examples of attempted inappropriate communication with the Russians, adding he was “not all that surprised that the high bar of criminal conspiracy was not met.”
TRUMP DOSSIER, MICHAEL FLYNN TESTIMONY, MICHAEL COHEN IN PRAGUE: STORIES THAT FELL FLAT DURING MUELLER PROBE

Video
In December last year, Brennan tweeted about the president: “It is my sincere hope that the forthcoming exposure of your malfeasance & corruption will convince enough Republicans to abandon you in 2019. We have had enough of your whining from the White House. We need an actual leader—our Nation’s future is at stake.”
The two have regularly sparred since Brennan left his post as CIA director in January 2017.
“I think Brennan is a very bad guy and, if you look at it, a lot of things happened under his watch,” Trump once told Fox News’ Tucker Carlson. “I think he's a very bad person.”
Trump also revoked Brennan’s security clearance in 2018.
Source>https://www.foxnews.com/entertainment/ex-cia-director-john-brennan-admits-he-may-have-had-bad-information-regarding-president-trump-and-russia
Posted by theodore miraldi at 8:03 AM