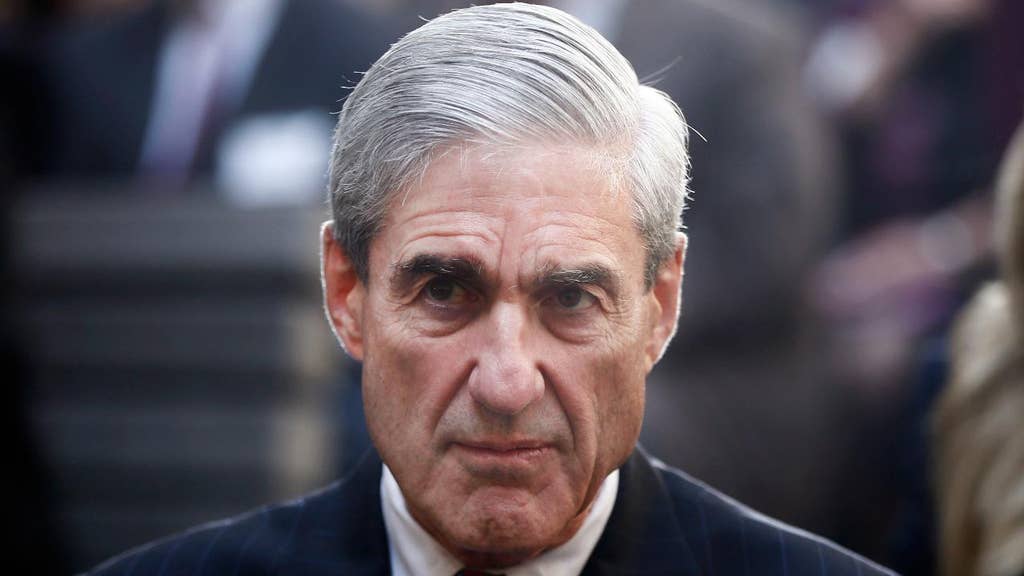 
NEW YORK -- Breaking news:
Donald J. Trump won the presidency, fair and square.
He does not occupy the Oval Office due to an elaborate plot involving the KGB, the Kremlin, Russian Federation President Vladimir Putin, or the ghosts of Ethel and Julius Rosenberg. Instead, he won the old-fashioned way: He followed the rules and out-foxed and out-worked Democratic Party nominee Hillary Clinton.
Hillary, in turn, appeared at only 63 rallies in the final 99 days of the 2016 general-election campaign (versus 132 for Trump), as Gateway Pundit’s Joe Hoft calculated. She addressed, on average, 1,734 people at each of these rallies (versus 7,297 for Trump). Hillary barely made it to Michigan and never managed to find Wisconsin on a map of the USA.
ON MUELLER REPORT, HYPOCRITICAL DEMS SUDDENLY EMBRACE TRANSPARENCY THEY REJECTED IN OBAMA ERA
Trump triumphed. Hillary tanked. And the Democrats cannot blame Moscow for the fact that their queen wears no crown.

Democrats, accept this fact: The 2016 campaign is finally over. Clinton sank. And Trump soared — without Russia’s help. Your two-year-plus campaign of finger-pointing and excuse making is for naught. Get over it. Swallow the fact that your nominee squandered a race that she should have secured. And she blew it all on her own.

These are the inescapable conclusions of the combined FBI and Robert Mueller investigations. With the delivery of the special counsel’s report to Attorney General William Barr Friday afternoon, these back-to-back probes — as well as those of the House and Senate intelligence committees — have ended with neither indictments for nor evidence of the elaborate Russian-collusion conspiracy that Democrats have used as a gargantuan crutch to explain Hillary’s inexplicable loss to a Manhattan real-estate mogul in his maiden race for public office.
Believe it or not, this is exactly what happened.
Grasping desperately for any straw they can grab, some liberals now say that just because no new Mueller-based indictments are forthcoming, Trump still could be in trouble because Mueller might have followed Justice Department guidelines, left a sitting president unindicted, and yielded that duty to the House’s impeachment process.
Nice try.
This theory rests upon the notion that Trump and Russia conspired to steal the White House from the Duchess of Chappaqua, to whom it was bequeathed by royal writ, as everyone knows. So, this collective hallucination goes, Trump and Putin swiped the Oval Office without the involvement of any other U.S. person. Trump supposedly managed this enormous accomplishment with the assistance of Russians but without the knowledge or cooperation of anyone else on his campaign, in the Republican National Committee, or among GOP offices from Nevada to New Hampshire. This would be the only justification for Mueller leaving Trump uncharged (“Let the House do it!”) while issuing zero collusion indictments for any American non-president.
So, Democrats, accept this fact: The 2016 campaign is finally over. Clinton sank. And Trump soared — without Russia’s help. Your two-year-plus campaign of finger-pointing and excuse making is for naught. Get over it. Swallow the fact that your nominee squandered a race that she should have secured. And she blew it all on her own.
Democrats now should move on and help govern this nation. They should negotiate, compromise, and otherwise work with the legitimately and duly elected president of the United States: Donald J. Trump.
As for James Comey, Andrew McCabe, Adam Schiff, Peter Strzok, Maxine Waters, and their enablers in the left-wing media who nurtured the Russia! Russia! Russia! fantasy, they should hang their heads in shame for wasting nearly three years of America’s national life.
The left’s artificial crusade was a deadweight loss: A War on Leprechauns would have been a better use of America’s time.
Visualize how much more President Trump could have achieved without this manufactured cloud over his head. Imagine how much more the president could have focused on his Make America Great Again agenda without, essentially, a dozen people banging pots, crashing cymbals, and chanting, “Collusion! Collusion! Collusion!”  as they encircled him at the Resolute Desk.
Democrats cannot blame Trump or “far-right, racist Republicans” for the Russia hoax’s final fizzle.
Trump never fired Mueller or hindered his probe. He left both alone.
Also, Mueller’s prosecutors were mainly hardcore, partisan Democrats. Among 17 publically identified members of Team Mueller, 14 are Democrats, 12 are Democratic donors, and two maxed to Hillary. Andrew Weissman attended Hillary’s Election Night party. Jeannie Rhee, was a lawyer for the Clinton Foundation. And Aaron Zebley represented Justin Cooper, Hillary’s aide who pulverized her mobile devices with a hammer. This evidence of severe political bias is appalling. However, it does offer this glistening-silver lining:
The lack of impending indictments strongly suggests that there was no Russian collusion, and this nearly three-year, three-ring circus was a holistic waste of time and money.
This decision did not emerge from a panel of Federalist Society attorneys nor legal experts at George Mason University’s Antonin Scalia School of Law. Rather, this is the considered judgment of Deep State denizen Robert Mueller and the most partisan, pro-Clinton, hardcore-Democrat gang of attorneys ever mustered in one place.
If there’s any cabal that would have left no stone unthrown to neutralize Donald J. Trump, this was it. And the best they could do about Russian collusion was to reach this conclusion:
Never mind!
Source>https://www.foxnews.com/opinion/deroy-murdock-mueller-report-quashes-lefts-top-excuse-for-hillarys-2016-loss-trump-won-fair-and-square
Posted by theodore miraldi at 10:21 AM