National Border Patrol Council President: There is a NATIONAL EMERGENCY On Our BORDER -- Here's PROOF 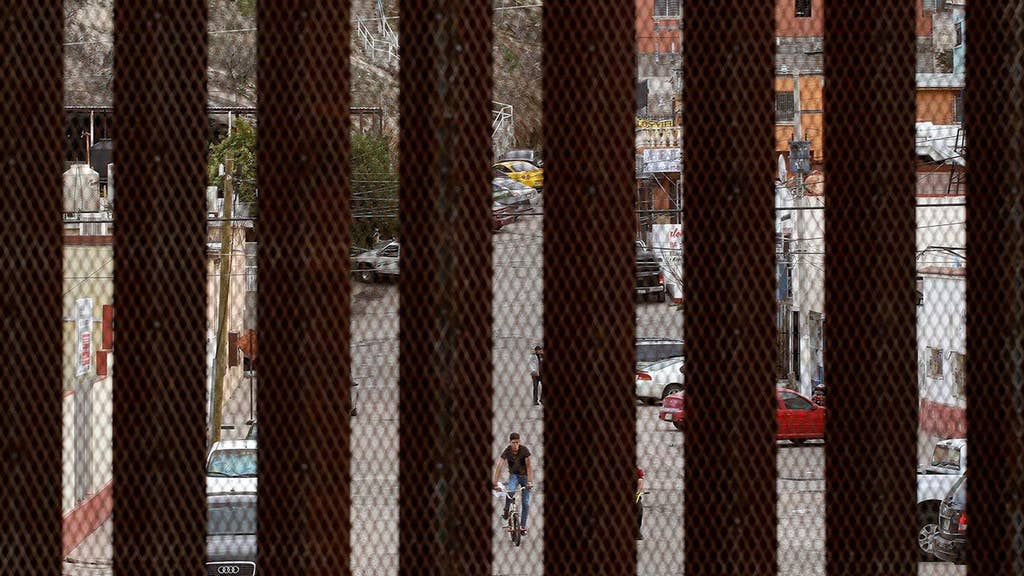 As a 21-year front line veteran Border Patrol agent and president of the National Border Patrol Council, I'd like to put to bed the false notion that there is no national emergency on the United States/Mexico border. I hope facts will do the trick.

Since November of 2013, I've been called upon to give expert Congressional testimony about various aspects of border security on 18 separate occasions. I've testified before the Senate Homeland Security and Government Affairs Committee, the Senate Judiciary Committee, the House Oversight and Government Reform Committee, the House Judiciary Committee, and the House Committee on Natural Resources.
This is important because during every hearing regarding border security at which I testified in 2014, Democrats claimed the United States was in the state of a humanitarian crisis at the border. While Republicans agreed with the notion of a crisis, they argued it was one of immigration loophole exploitation.
DEMOCRATS BLOCK TRUMP'S BORDER EMERGENCY, BUT THEIR ACTIONS ARE OUR ACTUAL NATIONAL EMERGENCY
Regardless of the underlying reasoning, both parties acknowledged a crisis at the border.
Oh the hypocrisy.
While a plurality of Democrats claimed a humanitarian border crisis in 2014, they’ve changed their tune in 2019. Using political rhetoric instead of facts, those same Democrats are claiming that there is no crisis today except in President Trump’s mind. But a simple apples-to-apples numbers comparison reveals their hypocrisy.

More drugs, more people crossing the border illegally, more minors of exploitable age, more people from countries other than North and Central American ones, and more people with criminal records. The facts are the facts.

Consider that in the first 5 months of fiscal year 2014 – the year Democrats claimed a humanitarian border crisis – the United States Border Patrol made approximately 164,492 illegal border crossing arrests.
In the first 5 months of this fiscal year (October through February) that number has increased by more than 106,000. By the end of February, we had approximately 271,147 arrests.
No matter how you slice it, that is a huge increase. Not only have the sheer numbers of illegal border crossers dramatically increased, but we're now dealing with many more issues than we did in 2014.
As in 2014, we're dealing with an untenable number of unaccompanied minors. But unlike in 2014, we're also dealing with adults bringing children into the United States and falsely claiming parental guardianship – the first indicator of sex or servitude trafficking.
We're dealing with the smuggling of dangerous narcotics like opioids and fentanyl, which has caused an epidemic and American deaths at unprecedented rates.
We're dealing with a greater number of people from countries other than Mexico, El Salvador, Guatemala and Honduras.
And to top it all off, we're dealing with a greater number of people illegally crossing the border who have prior criminal records in the United States.
Clearly, if the United States was dealing with a border crisis – humanitarian or otherwise – in 2014, you must agree that we're now dealing with a complete border catastrophe.
But the evidence gets even more damning.
Politicians, and at times the mainstream media, would have you believe that the United States Border Patrol is arresting fewer people today than it did at the height of illegal border crossing arrests in the early to mid-2000s. This isn't true. It's simply a Jedi mind trick meant to make you believe there is nothing to see here.
Once again, we must deal with facts and compare apples to apples. While we made more arrests in the 2000s than today, what you're not being told is that we're on pace to arrest more people in fiscal year 2019 than ever before.
This sounds confusing but it's actually simple. In the mid-2000s, the vast majority of people (over 90 percent) were returned to Mexico within a few hours of being arrested. Upon returning to Mexico, the same people would simply attempt another illegal border crossing. Former Border Patrol Chief Michael Fisher once proclaimed he arrested the same group of people 10 different times in the same shift.
Although I personally have never arrested the same group of people 10 times in one shift, I did arrest the same group of people multiple times in the same shift. It was commonplace. And while working in the Intelligence Division in 2006, I generated "recidivism” reports. Those reports clearly showed that we arrested the same people multiple times.
Today that isn't the case. We rarely arrest the same person twice in one year, much less in the same work shift.
More drugs, more people crossing the border illegally, more minors of exploitable age, more people from countries other than North and Central American ones, and more people with criminal records. The facts are the facts.
The national emergency is very real, and Border Patrol agents nationwide are grateful to President Trump for declaring it. A bipartisan crisis was acknowledged in 2014. It is high time Democrats, Republicans, and independents acknowledge the current national emergency on our southern border and let the president deal with it effectively.
Source>https://www.foxnews.com/opinion/national-border-patrol-council-pres-the-facts-prove-there-is-a-national-emergency-on-our-border
Posted by theodore miraldi at 8:53 AM