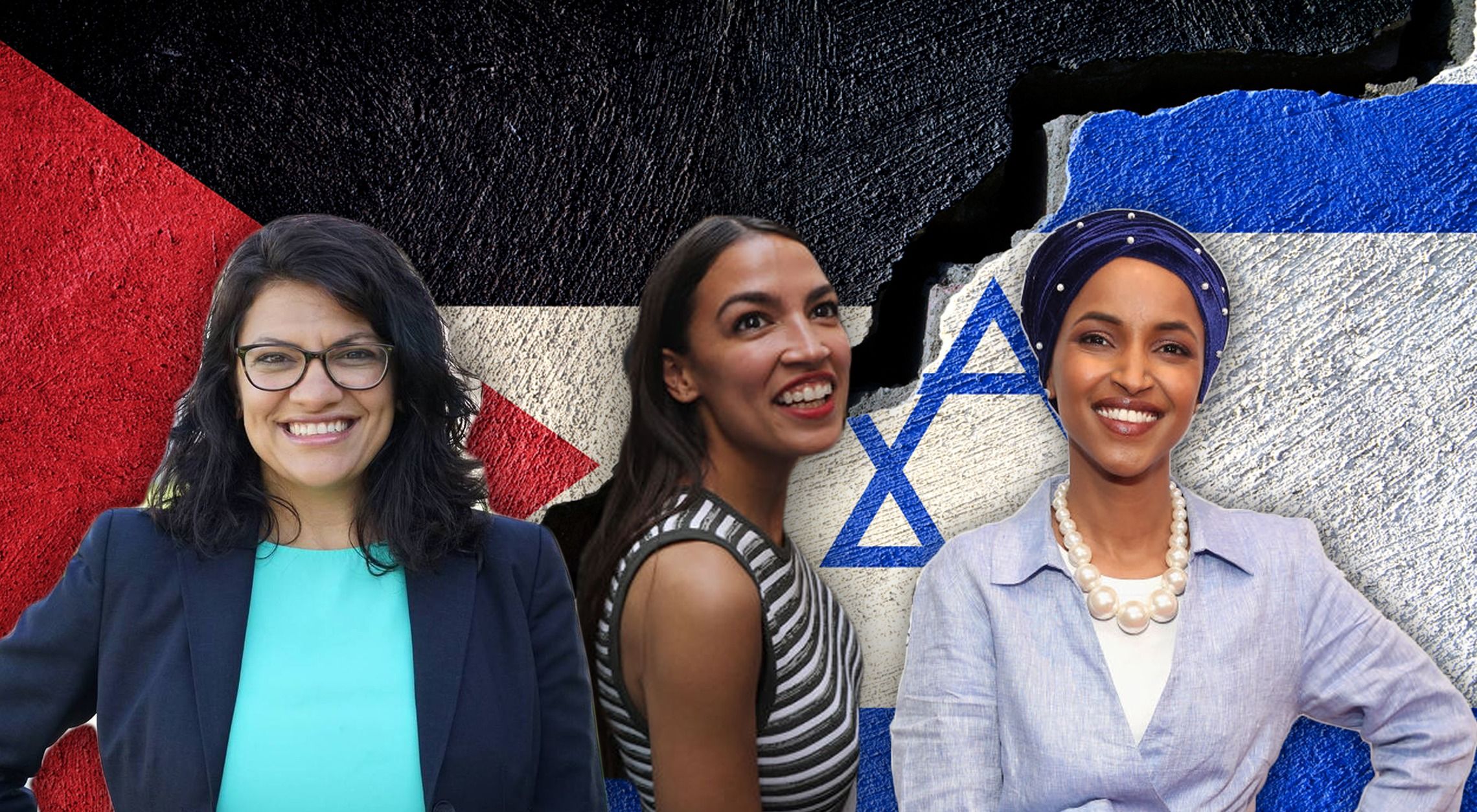 
Rep. Alexandria Ocasio-Cortez took to Twitter on Monday night to once again defend Minnesota Congresswoman Ilhan Omar over the comments she keeps making about Israel — which have been deemed anti-Semitic by many, including fellow Democrats.
Responding to a tweet from California Rep. Juan Vargas, who blasted Omar earlier in the day, the New York lawmaker said: “I‘m curious if Rep. Vargas will further explain his stance here that it’s unacceptable to even *question* US foreign policy.”
“Plenty of Dem members have asserted that discussion + debate on this issue is fair and merited,” Ocasio-Cortez added. “Is this stance a departure from that?”
Omar, 37, has been catching a lot of flak recently for suggesting that US politicians are being forced to “pledge allegiance” to Jewish leaders, among other things.
Her latest insinuation came Sunday and was in response to a tweet from New York Congresswoman Nita Lowey — who said she was “saddened that Rep. Omar continues to mischaracterize support for Israel.”
“I should not be expected to have allegiance/pledge support to a foreign country in order to serve my country in Congress or serve on committee,” Omar tweeted.
People on both sides of the aisle have criticized the Muslim lawmaker for her comments, as well as other things she’s said about Israel in the past — including a claim that its relationship with the US was “all about the Benjamins.”
“It is disturbing that Rep. Omar continues to perpetuate hurtful anti-Semitic stereotypes that misrepresent our Jewish community,” wrote Rep. Vargas, a Democrat, on Twitter Monday.
“Additionally, questioning support for the U.S.-Israel relationship is unacceptable,” he said. “Israel has and remains a stalwart ally of the United States because of our countries’ shared interests and values. I condemn her remarks and believe she should apologize for her offensive comments.”
Confusing the wars in Iraq and Afghanistan, Ocasio-Cortez fired back: “I remember a time when it was ‘unacceptable’ to question the Iraq War. All of Congress was wrong, including both GOP & Dem Party, and led my generation into a disastrous + wrong war that virtually all would come to regret, except for the one member who stood up: Barbara Lee.”
Fixing her mistake, the congresswoman said: “Afghanistan War* my apologies (But honestly we shouldn’t have been in either, and we should end the AUMF now while we’re at it).”
Ocasio-Cortez, 29, has come to Omar’s defense several times over the past few weeks — blasting President Trump in the process after he called for the freshman congresswoman’s resignation, despite her issuing an apology.
“Unlike this President, Rep. @IlhanMN demonstrated a capacity to acknowledge pain & apologize, use the opportunity to learn abt history of antisemitism,+grow from it while clarifying her stance,” Ocasio-Cortez tweeted.
House lawmakers are planning to vote Wednesday on a resolution condemning anti-Semitism following the outcry over Omar’s comments. She’s already been rebuked by House leaders for her “all about the Benjamins” statement.
Source>https://nypost.com/2019/03/05/ocasio-cortez-defends-ilhan-omars-tweets-about-israel/
Posted by theodore miraldi at 7:53 AM