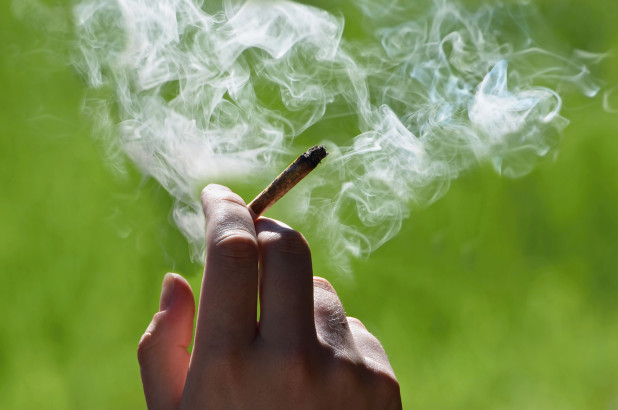 
Politicians are pushing to legalize recreational marijuana in New York, New Jersey and Pennsylvania, following 10 other states. But the Parent Teacher Association, local health officials and pediatricians are pushing back, warning about the permanent damage to youngsters’ brains caused by weed. If you have children, trust the PTA, not the pols.
Legalization delivers what politicians want most — money and power. They’re salivating over the tax revenue and the authority to dole out licenses to growers and retailers. New Jersey will tax cannabis growers $42 an ounce. New Jersey Gov. Phil Murphy pledged to make weed legal right after taking office, but he dragged his feet until the legislation guaranteed gubernatorial control over licensing and enforcement. New Jersey lawmakers will vote on it next week.
In New York, Gov. Andrew Cuomo initially promised that legalizing weed would be included in the state budget, due later this month. Now political infighting is delaying it. Cuomo wants to control the regulatory apparatus himself, while state lawmakers want to have a hand in the pot, so to speak.
New York plans to tax cannabis products at 22 percent. The Citizens Budget Commission says revenue should be “transparently disbursed and utilized for general state operating purposes.” In your dreams.
Pols are already squabbling over how to divvy up the dough. Assembly Majority Leader Crystal Peoples-Stokes of Buffalo wants the money to go to minority communities, which she claims have been unfairly targeted by anti-drug laws.
That’s a legitimate grievance. In the past, African-Americans were more likely to be arrested for weed-related crimes than whites were, despite using at similar rates. But legalization doesn’t protect young people — black, white or others — from injury to their still-developing brains or the long-term effects of weed-caused school failure.
The Detroit NAACP joined health officials last fall to oppose legalization, insisting marijuana is a way to hold minorities “in bondage.” The Rev. Horace Sheffield of the Detroit Association of Black Organizations asked: “How do I tell young people about the dangers of drugs if it’s now legal?”
Legalizing marijuana for adults leads to more teens and preteens using, too, University of Washington researchers report. More teenagers use marijuana daily than smoke cigarettes or drink booze, according to the National Institute on Drug Abuse. In fact, cigarette use is at its lowest level since the institute started tracking it, but weed use is an epidemic. That’s bad news.
Adolescent pot users have trouble in school because they suffer memory impairment, loss of learning ability and reasoning skills and possibly a permanent decline in IQ, the institute reports. No wonder it’s called “dope.”
Marijuana damages the hippocampus area of the brain, which impacts memory. Scientists who tracked nearly 4,000 young adults into their 40s confirmed that marijuana use does lasting damage to memory, according to research in the Journal of the American Medical Association published in 2016.
Chronic teen marijuana users have dismal futures, reports the American Public Health Association. They stop their education sooner, are less likely to have full-time jobs as adults and have lower socio-economic potential. The politicians pushing legalization are mum about that.
Truth is, the marijuana tax revenues should be used for a brutally honest public ad campaign warning young people about marijuana. A staggering 71 percent of high school seniors don’t think it’s harmful, according to the National Institute on Drug Abuse.
Too bad most Democratic presidential candidates are making legalization a litmus test for racial justice, rather than taking a balanced approach that aims to protect young people. Call it what it is: pandering.
Even worse, the Food and Drug Administration, which should be a voice of reason in the legalization craze, calls it “inevitable.” The FDA is instead obsessing about school kids using flavored e-cigarettes. Cracking down on vaping, while standing by quietly as states legalize marijuana, is wacky. The risk of marijuana to adolescent brains is indisputable. The concern that teen vapers might someday become cigarette smokers is speculative.
As the push for marijuana legalization gains steam, politicians don’t deny the dangers to brain development. They just never mention it. Don’t let their silence fool you.
Betsy McCaughey is a former lieutenant governor of New York.
Source>https://nypost.com/2019/03/19/stop-ignoring-the-brutal-downside-of-legal-pot/
Posted by theodore miraldi at 12:42 PM