Barr Is RIGHT About Everything. ADMIT You Were WRONG.

After Trump’s vindication, the liberal media and its allies in government should face a reckoning. I’m not holding my breath. 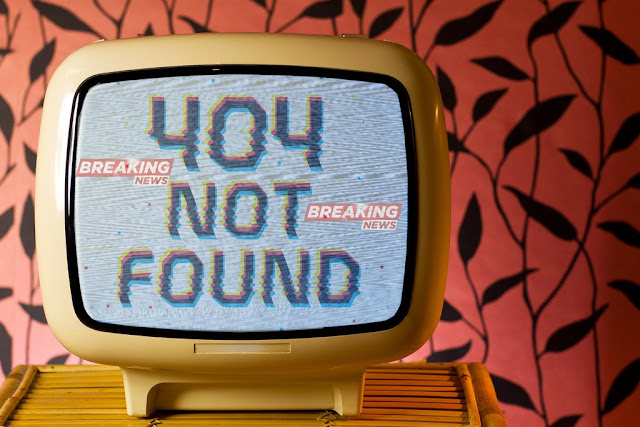 
The American political and media elites that spent the first two years of the Trump administration promoting the Russian collusion hoax have some explaining to do. And not merely explaining: They owe the president an apology.

As Attorney General William Barr said on Thursday before releasing the Mueller report, “After nearly two years of investigation, thousands of subpoenas, and hundreds of warrants and witness interviews, the special counsel confirmed that the Russian government sponsored efforts to illegally interfere with the 2016 presidential election but did not find that the Trump campaign or other Americans colluded in those schemes.”

And yet nearly the entire complex of elite media was actively complicit in promoting the biggest political conspiracy theory in American history: that Hillary Clinton lost the election because Donald Trump conspired with Vladimir Putin to — well, that was always a moving target — but to somehow deprive Mrs. Clinton of victory. What we now know definitively is that Robert Mueller, the special counsel, and a team of very accomplished, mostly Clinton-supporting, prosecutors were unable to find evidence of a conspiracy that had been taken as an article of faith by Trump haters.

Journalists don’t like being called “fake news,” but too many of them uncritically accepted the Trump-Russia narrative, probably because of their strong distaste for Mr. Trump himself. But that lack of objectivity represents a major professional failure, and it’s Exhibit A in why Mr. Trump’s taunt resonates with so many Americans. Gallup pollingshows that for 69 percent of Americans, trust in the media has fallen over the last decade. Among Republicans, it’s 94 percent; for independents, it’s 75 percent and for moderates it’s 66. Only among self-identified liberals and progressives does a majority continue to trust the media. They like what they hear.

I’ve spent countless hours on radio and television since the fall of 2016 explaining to respected journalists why the Russian collusion story doesn’t get much, if any, traction in Middle America. This is because the allegations of collusion are not true and because most people who are not deeply committed to irrational Trump hatred see them for what they are: an inside-the-Beltway story being used as a political weapon to undermine the president and overturn — or at least neutralize — the 2016 election.

The whole ordeal had a detrimental effect on the president and the country. As Mr. Barr put it Thursday morning, “The president was frustrated and angered by a sincere belief that the investigation was undermining his presidency, propelled by his political opponents, and fueled by illegal leaks.”

He was right. And it was obvious in places like Arizona (where I live), but not in Washington or New York.

For nearly four years, members of America’s ruling class, especially those in the media, the academy and government, have operated on one central, unquestioned assumption: orange man bad. This stifling orthodoxy led to a blind, counterfactual faith in the theory that Mr. Trump had somehow colluded with “the Russians” (never well defined) to win the election. Again, the specific charges were always amorphous — plastic enough to change as needed. That’s hardly surprising: That’s the way conspiracy theories always work. The Russian collusion hoax was in fact nothing more than a massively multiplayer coping mechanism for people who couldn’t accept the results of the 2016 election.

But why is it not enough to simply acknowledge that you dislike Mr. Trump and disagree with his policies? What psychological purpose does adding the fiction of a conspiracy serve?

The French philosopher and literary critic René Girard held that such scapegoating and ritual sacrifice is an essential part of group identity and solidarity. That seems to apply here. Mr. Trump ran against American elites and their insular culture. Their response was to load onto him all of the sins they see in American society and attempt to sacrifice him to appease their gods.

Mr. Girard asked a question that is pertinent today: “Why is our own participation in scapegoating so difficult to perceive and the participation of others so easy? To us, our fears and prejudices never appear as such because they determine our vision of people we despise, we fear, and against whom we discriminate.”

But the ritual sacrifice of Donald Trump didn’t work — at least not in the sense of removing him from office. It certainly did have the effect of catalyzing and uniting his opponents. Still, one of the many ironies here is that the Trump-hating media has handed him an incredibly powerful weapon for the 2020 campaign, one that may ensure his re-election.

Again, the operating principle was that of the zealot: Believe the narrative regardless of the lack of evidence, squint to see justifications where there are none and then in an intoxicated frenzy of moral superiority use any weapon at hand to destroy your enemy.

Shortly after Mr. Mueller concluded his investigation without any indictments related to Russian collusion with the Trump campaign, Representative Adam Schiff, now the chairman of the House Intelligence Committee, did not admit he was wrong — far from it. He brazenly doubled down, saying during a committee hearing, “You may think it’s O.K. how Trump and his associates interacted with Russians during the campaign. I don’t. I think it’s immoral. I think it’s unethical. I think it’s unpatriotic. And yes, I think it’s corrupt.”

The problem is that the Mueller investigation, as Mr. Barr explained, “did not find that the Trump campaign or other Americans colluded in those schemes.”

Mr. Schiff must know this. He must have known it for a long time. But he has persisted in slandering innocent people for personal political gain. His selfishness has led to a level of civil discord and political acrimony not seen since the late 1960s. That is what I call immoral, unethical, unpatriotic and yes, corrupt.

Too many politicians and journalists were eager, whether cynically or gullibly, to take the bait. The list of collusion Truthers is long. The politicians include not only Mr. Schiff, but people like his congressional colleagues Maxine Waters, Eric Swalwell and Richard Blumenthal. The media enablers included Joe Scarborough and Mika Brzezinski, Rachel Maddow (who built her show around Russia Trutherism), David Corn, Michael Isikoff, Manu Raju, Brian Stelter and many others. These people represent themselves as straight journalists who are fair, independent, oriented around facts. What a lot of Americans have seen instead is political partisans.

And then, of course, there is the recently arrested Michael Avenatti, who was eagerly embraced by Trump haters. He appeared on CNN and MSNBC an embarrassing 108 times in a 64-day period in 2018. How could they not see him for what he is?

There are three types of people who promoted Russian collusion hoax. First, those who knew it was false all along, but promoted it for money, power, prestige or dopamine hits from Twitter high-fives. Second, the journalists who had a responsibility to dig into this story rather than just repeating what they hoped was true and what the story’s promoters were telling them.

Jeff Zucker, the president of CNN Worldwide, is emblematic of the problem. “We are not investigators,” he said last month. “We are journalists, and our role is to report the facts as we know them, which is exactly what we did.” Has anyone ever seriously thought that investigation was not a core function of journalism?

And then there is the Kool-Aid brigade. These are the people outside of politics, the people who couldn’t wait to hear what Rachel Maddow had to say, who believed every breathless prediction on cable news that “new revelations could spell the end for Trump,” and who shared these nuggets with a mixture of indignation and ecstasy on social media.

But the collusion truthers were not all on the left. Trump-hating neoliberals at some of the old, legacy conservative publications were eager to believe it too. They believed the worst of Mr. Trump because they wanted to, and it led them astray. And none of them have owned their mistake yet, meaning that, as night follows day, they will be duped again.

To the public figures who promoted the collusion story, I say: Own it. Just admit you were wrong. It won’t feel good at first. But when the initial sting passes you will find it liberating. And people will respect you for it. The media and political elites have a lot of work to do if they want to regain the trust of the American people. Confessing a major error that needlessly turned Americans against one another is a good place to start.

Christopher Buskirk is editor and publisher of the journal American Greatness, a co-author of “American Greatness: How Conservatism, Inc. Missed the 2016 Election and What the D.C. Establishment Needs to Learn,” and a contributing opinion writer. @thechrisbuskirk

Posted by theodore miraldi at 1:57 PM