Barr Threatens Not To TESTIFY Before House Committee

Nadler's Hearing Is Just Another Nothing-Burger By Hopeless Democrats LYING To The PUBLIC. Just A Bunch Of Sore LOSERS At The End Of A Rope.
...tmiraldi 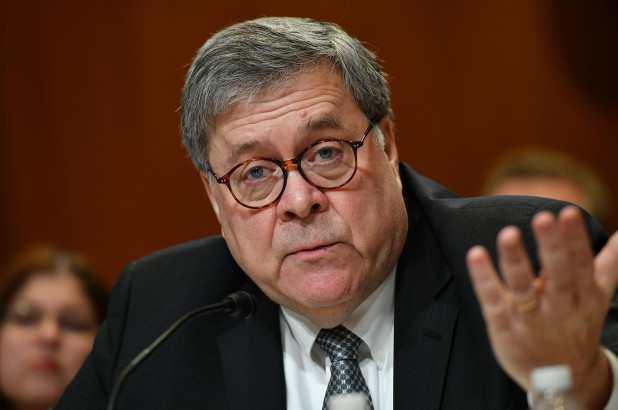 Rep. Jerrold Nadler on Sunday threatened to issue a subpoena to compel Attorney General William Barr to appear before his House panel after Barr reportedly balked over how he would be questioned.
“Then we will have to subpoena him and we will have to use whatever means we can to enforce the subpoena. We’ll use all legal mechanisms to get them to comply with the subpoenas and they will comply,” the New York Democrat told reporters during an appearance on Staten Island. “Ultimately, the law says they have to comply. What the administration is doing is seeking to draw it out.”
Nadler, the chairman of the House Judiciary Committee, wants to allow all panel members to grill Barr for five minutes each at Thursday’s hearing.
He also wants another round of questioning from each side that would last for 30 minutes and would allow the counsels for Democrats and Republicans on the committee to also ask questions.
“It’s in my judgment an effective way of doing things, and the witness is not going to tell the committee how to conduct its hearing,” Nadler said on Sunday.
To discuss sections of the report that Barr redacted, Nadler proposed that the committee go into closed session.
The Department of Justice told Nadler’s office that the attorney general is opposed to having committee counsels quiz him and to holding a closed session to discuss the report, CNN reported.
If Nadler sticks to the format, Barr has threatened not to show up.
The White House and Democratic members of Congress have been sparring over subpoenas and deadlines to have present and former administration officials testify and to turn over information like the president’s tax returns.
Trump, who has declared that Mueller’s report cleared him of collusion and obstruction of justice accusations, has said any further probes into him or his administration only serve a partisan function.
Democrats have criticized Barr over his handling of the Mueller report.
At a press conference before releasing the redacted report earlier this month, Barr said it exonerated Trump of collusion and obstruction.
Mueller said his team found no evidence of collusion with the Russians by Trump or his campaign associates, but did not come to a conclusion on obstruction.
Barr is still expected to testify before the Senate Judiciary Committee on Wednesday.
Source>https://nypost.com/2019/04/28/barr-threatens-not-to-testify-before-house-committee/
Posted by theodore miraldi at 12:33 PM