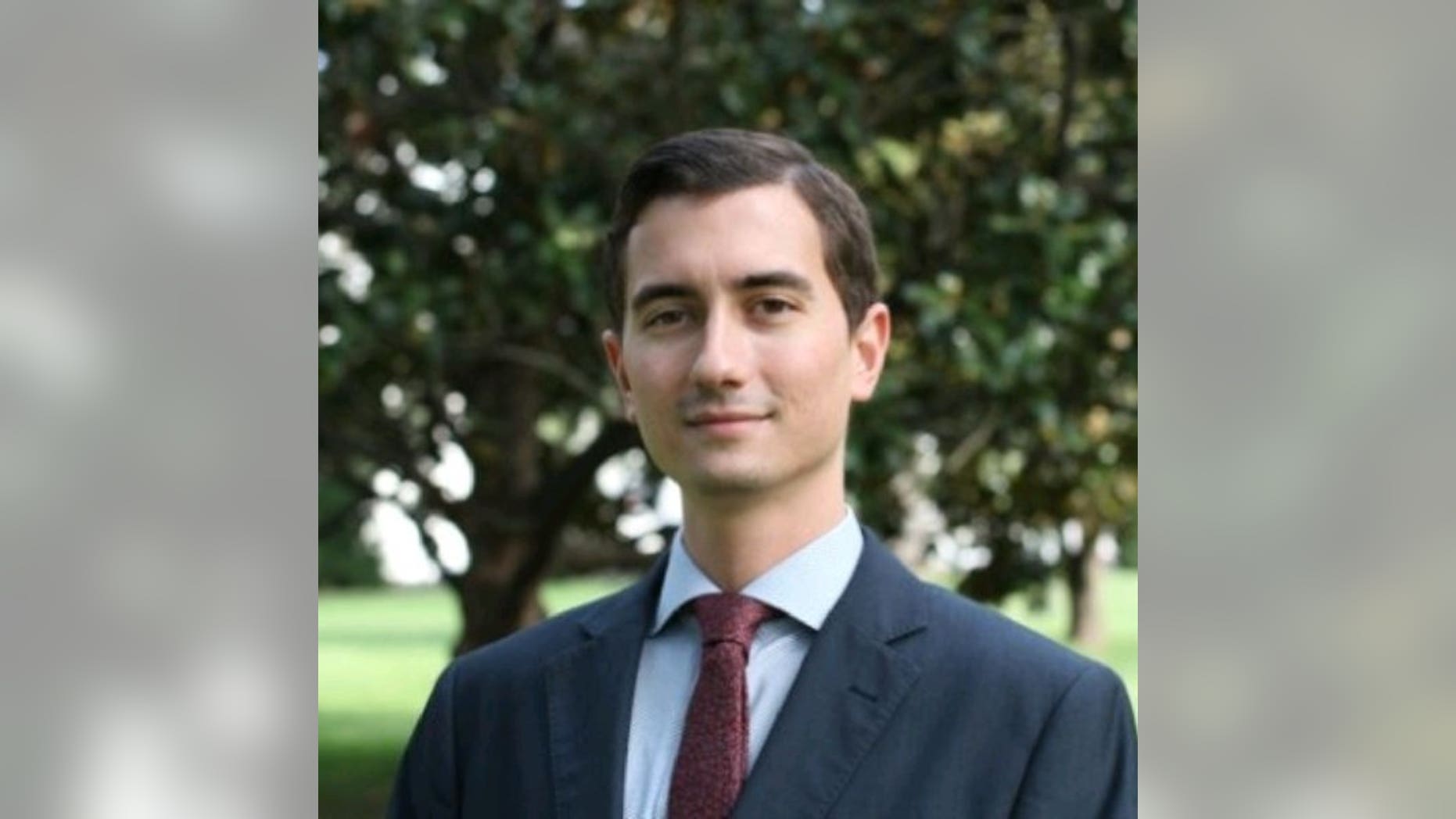 
A former House Democratic staffer pleaded guilty Friday to five federal offenses related to posting online the personal information of five Republican senators, including Senate Majority Leader Mitch McConnell of Kentucky, during hearings for then-Supreme Court nominee Brett Kavanaugh.
The charges against Jackson A. Cosko, 27, include making public restricted personal information, computer fraud, witness tampering and obstruction of justice.
EX-CLINTON AIDE FACES BACKLASH FOR MOCKING MCCONNELL'S FALL, REFUSES TO APOLOGIZE
In addition to McConnell's information, Cosko posted the home addresses and phone numbers of GOP Sens. Lindsey Graham of South Carolina, Mike Lee of Utah and Rand Paul of Kentucky -- as well as then-Sen. Orrin Hatch of Utah.
Cosko reportedly became angry about the senators' support for Kavanaugh despite sexual assault allegations that President Trump's nominee was facing during the hearings. Cosko intended to intimidate the senators and their families, according to court records. Kavanaugh's nomination was ultimately confirmed.
At the time of his arrest, Cosko was working as an unpaid intern for Rep. Sheila Jackson Lee, D-Texas, who fired him soon after. He was previously employed as a computer systems administrator in the office of Sen. Maggie Hassan, D-N.H., a job that gave him "intimate knowledge of, and broad access to" the computer systems in Hasan's office, according to court records. But he had been fired from Hassan’s office in May 2018 for failing to follow office procedures.
After the firing from Hassan's office, Cosko became angry and repeatedly burglarized the office without being detected, court records said. He copied gigabytes-worth of data, including dozens of user names and passwords belonging to Senate employees and "contact information for numerous sitting U.S. senators," according to court records.

Video
Cosko was arrested Oct. 3, 2018, one day after a staffer discovered him working on a computer in Hassan's office, where Cosko was not authorized to be. Records show Cosko sent a threatening email to the staffer the evening he was confronted.
He is scheduled to be sentenced in Washington on June 13. He could face between two and five years in prison.
Cosko previously held positions with other prominent Democrats, including former Sen. Barbara Boxer of California and the office of Sen. Dianne Feinstein, also of California and the ranking member of the Senate Judiciary Committee.
Fox News' Samuel Chamberlain and the Associated Press contributed to this report.
Source>https://www.foxnews.com/politics/former-democratic-staffer-pleads-guilty-to-doxxing-gop-senators
Posted by theodore miraldi at 10:28 AM