MISFITS Want To Control The Norms...tmiraldi 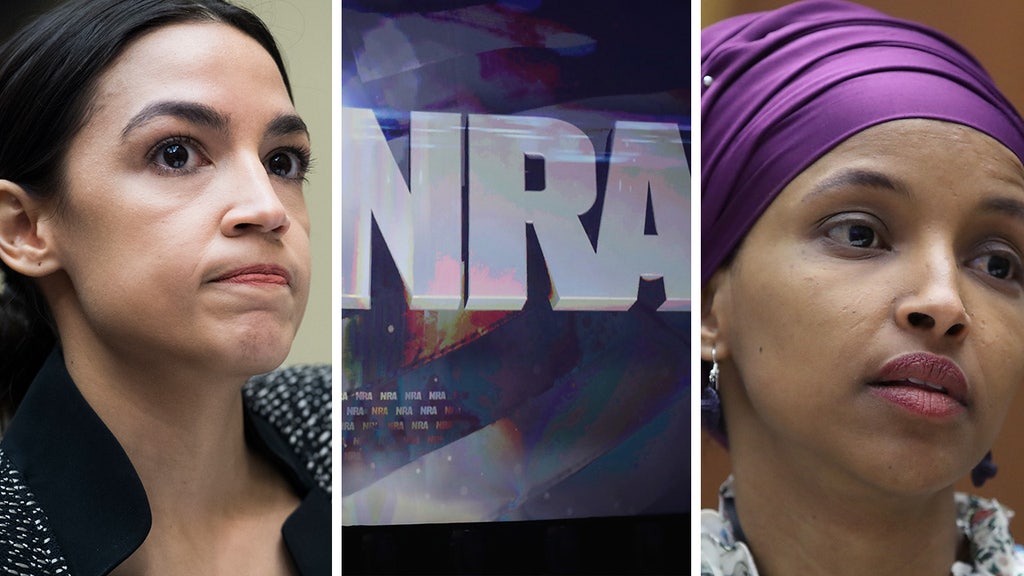 
U.S. Reps. Alexandria Ocasio-Cortez and Ilhan Omar attacked NRA lobbyist Chris Cox on Friday after he warned of the “socialist wave” engulfing America and promised there will be a “rude awakening” when “real America” votes against those espousing far-left ideas.
“The socialist wave we warned was coming is here. And it’s not just the two coasts that are underwater, the wave is hitting the heartland of America. But as this circus goes on, millions of Americans will see how far outside the mainstream these socialists have become,” Cox, executive director of the NRA's Institute for Legislative Action (ILA), said Friday during a speech at the Second Amendment advocacy group’s annual convention in Indianapolis.
“Friends, do you think Nancy Pelosi and Alexandria Ocasio-Cortez are mainstream in the United States of America? Are they in for a rude awakening in November of next year when the real America goes to the polls? I’m talking about the America you and I know,” he added.

“Friends, do you think Nancy Pelosi and Alexandria Ocasio-Cortez are mainstream in the United States of America? Are they in for a rude awakening in November of next year when the real America goes to the polls? I’m talking about the America you and I know.”
— NRA lobbyist Chris Cox

“The one where hardworking people put their heads down, mind their own business, raise their families, and do the right thing. That’s the America the NRA fights for every single day. It’s who we are.”
Ocasio-Cortez, a New York Democrat, went to Twitter to fire back against the NRA official, lambasting Cox for suggesting residents in her district aren’t part of the real America.
“Civics lesson for the NRA: As much as they may not like it, the Bronx and Queens are part of ‘the real America,’ too,” she tweeted. “Wild that the NRA is suggesting the voters of NY-14 aren’t ‘real Americans’ bc they don’t think assault weapons in school classrooms is a good idea.”
In March, Ocasio-Cortez floated a four-point plan in which she suggested banning semi-automatic firearms, which make up the vast majority of legally owned firearms in the country. She also called for passing “Universal Background checks” and other policies.

Omar, the embattled Minnesota Democrat, who has long decried the influence of the NRA, also jumped on the official’s remarks, tweeting: “Can “the real America” please stand up...This Ain't It, Chief!”
CORY BOOKER PROMISES TO 'BRING A FIGHT TO THE NRA’ AT LAUNCH OF NATIONAL CAMPAIGN TOUR
Cox pointed out earlier during the speech that there’s a leftward shift among the Democrats that is putting the party further out of the mainstream and on the fringes.
“It used to be that everybody knew that campaigning as a gun-banning socialist was a surefire way to ship your own sink, I mean sink your own ship before it left harbor,” he said.
“But this year, if you aren’t willing to openly attack the Second Amendment, if you don’t angrily call for every gun ban scheme imaginable including complete disarmament, you will be booed off the Democrat debate stage.”
Source>https://www.foxnews.com/politics/ocasio-cortez-slams-nra-after-groups-official-says-real-america-will-reject-her-socialist-policies
Posted by theodore miraldi at 10:00 AM