One TRUTHFUL Democrat merges to Call Out Party’s ‘DELUSIONS’ 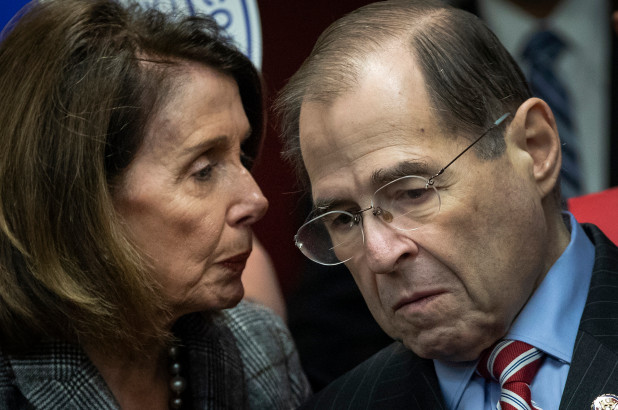 
Bob Kerrey, the former Nebraska senator and governor, was always one of my favorite politicians in part because his politics weren’t perfectly polished. Among other free-wheeling moments, he called fellow Democrat Bill Clinton an “uncommonly good liar” and said a requirement for becoming president is that you must “want it more than life itself.”
Kerrey moved on to academia and now to an investment bank, but hasn’t lost the willingness to break ranks with his party. The habit surfaces in a withering criticism of current Democrats, where he says they are suffering from two major “delusions.”
“The first,” he writes in an op-ed in the Omaha World-Herald, “is that Americans long for a president who will ask us to pay more for the pleasure of increasing the role of the federal government in our lives.”
He cites as examples the foolish push for the Green New Deal, wealth taxes and Medicare-for-all, all of which are being embraced by 2020 candidates.
The Dems’ second delusion, he says, “is that Americans were robbed of the truth when Special Prosecutor Robert Mueller and Attorney General William Barr concluded that President Trump did not collude with Russia in 2016.” He goes on to say there is no reason to think the full report will change the finding that Trump is an innocent man.
Those are remarkable observations — but Kerrey isn’t finished. He also supports the movement to find out what the FBI was up to in 2016, and why it led the nation down the Russia rabbit hole.
“Congress needs to investigate how the Department of Justice got this one so wrong,” he writes. “If the president of the United States is vulnerable to prosecutorial abuse, then God help all the rest of us.”
He makes several recommendations, including one that the congressional probe should be carried out by a nonpartisan commission of outsiders. He told me in a brief interview that the probe should complement, but not replace, anything Sen. Lindsey Graham does with the Judiciary Committee, or anything done by the Justice Department or its inspector general.
As he put it in the interview, he wants an independent commission because “we need something the public can trust.”
Taken together, the op-ed and his comments amount to a damning indictment of his party and Washington writ large. Who can argue?
The problem, of course, is that all leading Democrats are drinking the Kool-Aid that America is ready to embrace extreme, left-wing policies and that Mueller and Barr are covering up for Trump and Vladimir Putin.
This is the stuff of moon bats and tin-foil hats, yet if there is a major Dem in power with the courage to say so, I’ve missed it. The whole party, Chuck Schumer and Nancy Pelosi included, seems determined to hold hands and jump off a cliff.
Which is why Kerrey’s voice is so important and timely. Hopefully, other Dems will summon the courage to join him.
Much has been said about what is provoking the party’s lurch to madness, with the inordinate power of small social-media mobs and the dumbing down of college education being obvious contributors. But I remain convinced that the most comprehensive explanation for all the weird behavior is that it is a deeply misguided response to Trump.
Trump Derangement Syndrome is no joke — it is driving the opposition to make irrational and even insane statements and decisions. While some of the reaction has to do with Trump’s unorthodox conduct and habits, much of it is due to the simple fact that he has produced significant achievements for the country, something Dems never expected and can’t digest.
While success in politics usually spawns imitation, Trump’s success shocks his opponents and provokes them to behave in bizarre, self-defeating ways.
First, there is the mad-as-hell political lunacy exhibited by Reps. Adam Schiff and Jerry Nadler. They are obsessed with impeachment and promise to find the facts to support it any day now.
They show no desire to spend a single moment on anything else, meaning they have abdicated their day jobs. Trump is their white whale, and we know how “Moby Dick” ended.
Second, the policy responses are just as daffy. Take immigration, where Democrats long supported border security before suddenly opposing it.
Pelosi’s remark that walls are “immoral” stands in stark contrast to the fact that she voted for many of the 700 miles of walls that were built under previous presidents. To say they are “immoral” only ­because Trump supports them means she is willing to damage the nation because she hates the president.
Reparations are an example of a different kind. Why is support for this idea, which existed on the fringe for decades, becoming mandatory for the party’s presidential candidates?
My suspicion is that part of the explanation involves Trump’s success in driving down black unemployment to its lowest levels ever. Throw in the nascent movement among black conservatives to escape what some call the Democrats’ “plantation,” and there is real fear on the left that their near-monopolistic hold on the black vote is in jeopardy.
So, in a bid to trump Trump among black voters, Dems have decided that treating them as victims and giving them government handouts is the answer. But again, the response is self-defeating because support for such a radical and impractical proposition sets up a contrast that will favor Trump among most voters, ­including many black ones.
In political terms, 2020 is light years away. But with Mueller having spoken, and with leading Democrats trapped by their continuing delusions, the point of no return is growing closer by the day.

Like clockwork, each time New York City slides downhill, a surrender chorus declares it ungovernable. This time, the chorus is led by Mayor de Blasio.
“People need to understand — even on our best day, if you’re in a city, a state, there’s only so much you can do,” he said while blaming the federal government for nearly everything wrong in the city.
Even for the Putz, this is a new low.
His comments reinforce the belief that he’s given up on his day job. Lazy, incompetent and corrupt from the start, he’s spending his short workdays traveling the nation in a quixotic quest for the presidency.
Perhaps de Blasio’s stump speech in Iowa and New Hampshire should go like this: “Sure, New York is a mess and voters there don’t like me. Make me president and I’ll do the same thing for the whole country.”
At least he would be honest.

Reader Calvin Chin is disgusted with the rising cost of living — and traveling — in New York. He writes: “As the politicians raise taxes and tolls and introduce congestion pricing to force people to take mass transit, they also raised prices on commuter trains. Democrats must really want us to leave.”

Headline: “Physicists Invent Quieter Airplane Toilet”
This is a good thing, but it’s surprising that physicists had to solve the problem. Or is that what we call plumbers now?
Source>https://nypost.com/2019/04/06/one-truthful-democrat-emerges-to-call-out-partys-delusions/
Posted by theodore miraldi at 9:47 AM