Pennsylvania DEMOCRATS: Allah is FINE, Jesus is NOT 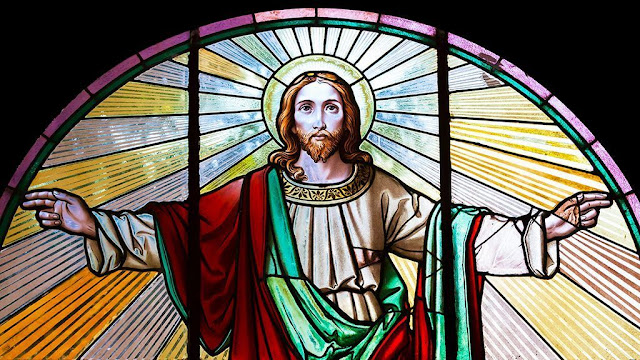 
William Penn established a colony where people of faith could practice whatever religion they desired. Pennsylvania became the only colony without a state-run church.
Penn’s gift to America was freedom of religion, the right to practice one’s faith in the public marketplace.
"All Persons who also profess to believe in Jesus Christ, the Savior of the World, shall be capable...to serve this Government in any Capacity,” the Charter of Privileges declared.
TODD STARNES: LEFTISTS SAY JUDGE IS UNFIT TO SERVE BECAUSE OF HIS CHRISTIAN BELIEFS
Nearly 318 years later, that fundamental bedrock of the Commonwealth of Pennsylvania has all but crumbled. And the statehouse has now become a place where those who profess Jesus Christ face public rebuke.
In March, State Rep. Stephanie Borowicz was invited to deliver a prayer at the beginning of the legislative day. Mrs. Borowicz, a freshman lawmaker and the wife of a Christian minister, gladly accepted the invitation.
By chance, the state’s first female Muslim lawmaker was scheduled to be sworn into office on the same day. There were many Muslim visitors in attendance. Also on the agenda was a prayer that was delivered by a Muslim cleric.
But it was Mrs. Borowicz’s prayer that made national headlines when she invoked the name of Jesus Christ numerous times.
“Jesus, you are our only hope,” she prayed. “At the name of Jesus, every knee will bow and every tongue will confess Jesus, that you are Lord.”
Movita Johnson-Harrell, who was sworn into office after the prayer, and her fellow Democrats were enraged, calling the prayer demeaning, degrading and Islamophobic.
“It blatantly represented the Islamophobia that exists among some leaders — leaders that are supposed to represent the people,” Johnson-Harrell said in a statement published by the Pennsylvania Capital Star. “I came to the Capitol to help build bipartisanship and collaborations regardless of race or religion to enhance the quality of life for everyone in the Commonwealth.”
Gov. Tom Wolf, also a Democrat, said he was “horrified” by Borowicz’s invocation.
House Democratic Leader Frank Dermody said the prayer should’ve been more inclusive and inspirational.
“This morning on a very important day, on a day when we’re swearing in a new member, the first woman Muslim serving in the Pennsylvania House of Representatives in history, there was a prayer that was not meant to inspire us,” he told PennLive.com.
He went on to tell a local television station that the prayer was “beneath the dignity of this House.”
I invited Mrs. Borowicz to appear on my radio program so she could provide some context for the prayer. She told me she considered it a great honor to stand before her fellow lawmakers inside the ornate House chamber and deliver a prayer upon the assembled.
“You can see the Scripture as you stand up there and pray, that we all know the truth and the truth shall set you free,” she said referring to an inscription of John 8:32 in the House chamber.
I have to imagine the Democrats were equally troubled by the fact that their government buildings are inscribed with numerous Bible verses and religious references.
A kind and gracious woman, but she is steadfast in her faith and she flat-out refused to apologize to anyone who took offense at the name of Jesus.
“I don’t apologize for it because that’s how I pray almost every day,” she said. “It doesn't matter who I'm standing in front of -- I'm standing for Jesus no matter what.”
Mrs. Borowicz faced a national firestorm of hate fomented by the Mainstream Media and Democrats. But their outrage was rather selective. Just a few minutes after the Christian prayer, a Muslim cleric delivered a prayer in Arabic and reportedly quoted from the Koran.
There was no condemnation from Democrats or the Mainstream Media even though the Muslim prayed to a higher power.
So if a Muslim can pray to Allah in the Pennsylvania statehouse, why can’t a Christian pray in the name of Jesus?
“That's what my 15-year-old son said last night,” Borowicz told me. “There’s a double-standard.”
The freshman lawmaker said she prays to Jesus every day and reads her Bible and quotes Scripture.
“As Christians we don't pray differently based on who we're standing in front of,” she said. “So whether that would have been in front of a crowd at my church and Christians or before Muslims or before Hindus I stand for Jesus no matter what and no matter who I'm in front of.”
Borowicz dismissed accusations that praying in the name of Christ is somehow Islamophobic.
“That’s ridiculous. I said I’d pray to Jesus. It’s not directed towards anyone,” she said. “But Todd, we know that there’s power in the name of Jesus and so I think that it becomes offensive because there’s power behind it.”
Instead of capitulating to the hateful mob of Democrats, the state lawmaker stood her ground.
“It’s time for Christians and other people to start standing up and speaking out,” she said. “I think we've been silent for too long.”
As Tyler Perry’s Madea might say, “Halleluyer!”
Adapted from Todd Starnes' monologue on Fox Nation.
Source>https://www.foxnews.com/opinion/todd-starnes-pennsylvania-democrats-allah-is-fine-jesus-is-not
Posted by theodore miraldi at 4:31 PM