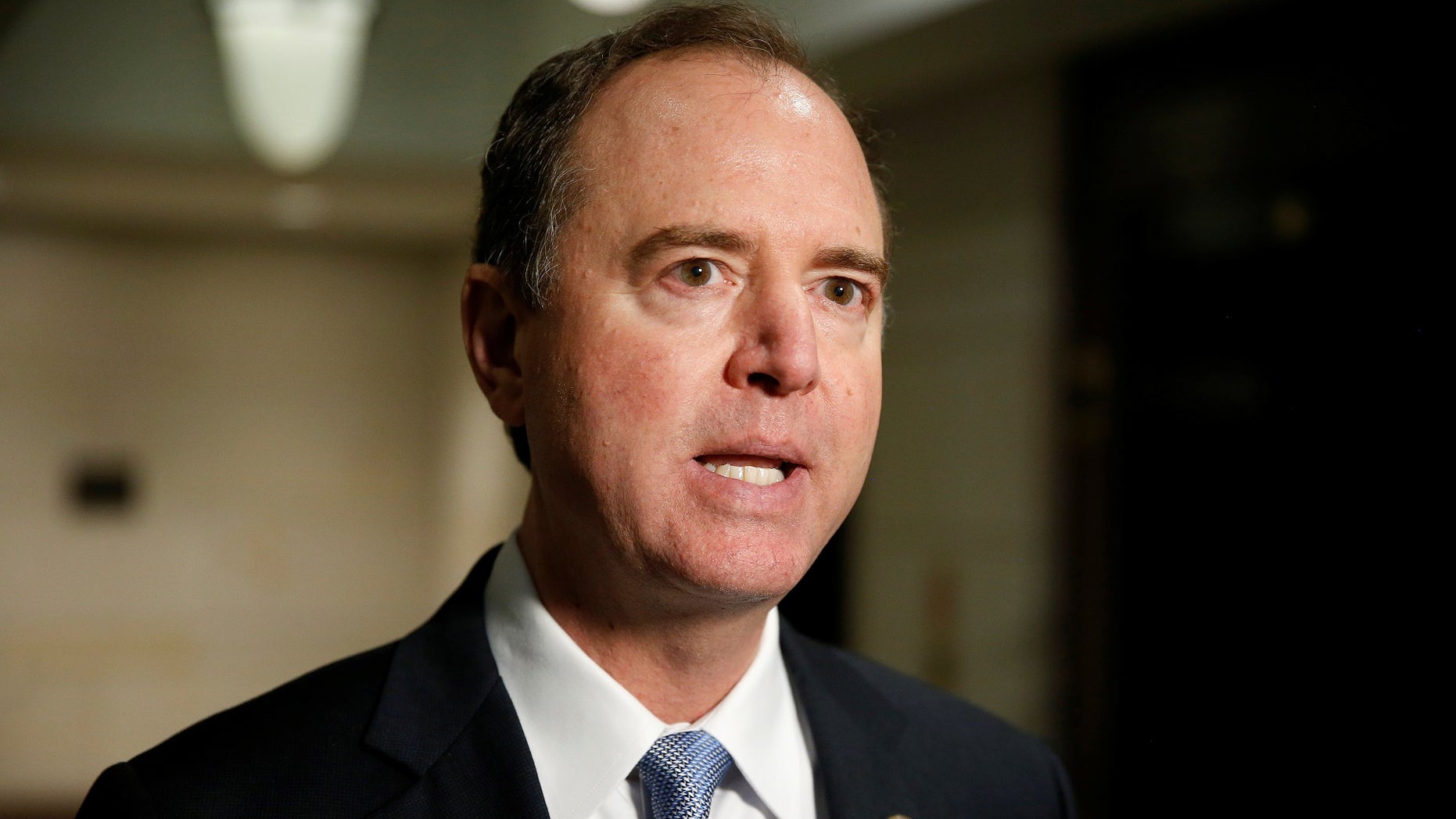 Rep. Adam Schiff refuses to back down on his condemnation of President Trump, doubling down for the second time in a week that that there is evidence of collusion
between Trump and Russians. (Reuters/Joshua Roberts)


Rep. Adam Schiff, D-Calif., is doubling down again on his condemnation of President Trump, claiming for the second time in a week there is evidence of collusion with the Russians.
Schiff's comments come in light of Attorney General William Barr's four-page summary of Robert Mueller's investigation, which Barr wrote found no evidence beyond reasonable doubt that President Trump colluded with Russia to swing the 2016 presidential election.
The House Intel Committee chair has continued to hammer home his belief that, despite the fact that there are not any further indictments at this time, President Trump committed acts that were "deeply unpatriotic, unethical and corrupt."
“There is plenty of evidence of collusion and corrupt co-mingling of work between the Trump campaign and the Russians,” Schiff said during an appearance on MSNBC's "Morning Joe" Wednesday. “But I fully accept that as a prosecutor that he couldn’t prove beyond a reasonable doubt that crime.”
HOUSE JUDICIARY DEMOCRATS AUTHORIZE SUBPOENAS FOR MUELLER REPORT
Click on Picture to View Video

Video
He added that although he accepts Robert Mueller's ruling that President Trump could not be legally implicated in corruption, but does not necessarily believe that means the president didn't commit a crime.
“I always said, well, there was ample evidence of collusion in the public record,” Schiff continued. "Whether Bob Mueller could prove the crime of conspiracy beyond a reasonable doubt would be up to him and I would accept his judgment and I do.”
In addition, Schiff addressed the allegations put forth by former Trump lawyer Michael Cohen that President Trump was aware of Roger Stone's efforts to work with Wikileaks to release damaging information about Hillary Clinton ahead of the 2016 presidential election.
Click on Picture to View Video

Video
“There is no doubt about how the president touted the Wikileaks releases,” Schiff said. “All of this is in the public domain, and whether it is criminal or not, as I said the other day in committee, it’s deeply unpatriotic, unethical, and corrupt.”
Schiff is among House leaders who have demanded Attorney General Barr provide the full, unredacted Mueller report, and voted to authorize a subpoena for the documents on Wednesday.
Many conservative figures have argued that a judge will likely not issue a subpoena for the documents because it contains sensitive information about individuals who are not going to be indicted on any crime
Source>https://www.foxnews.com/politics/rep-adam-schiff-continues-to-double-down-on-trump-collusion-calls-presidents-behavior-deeply-unpatriotic-unethical-and-corrupt
Posted by theodore miraldi at 4:05 PM