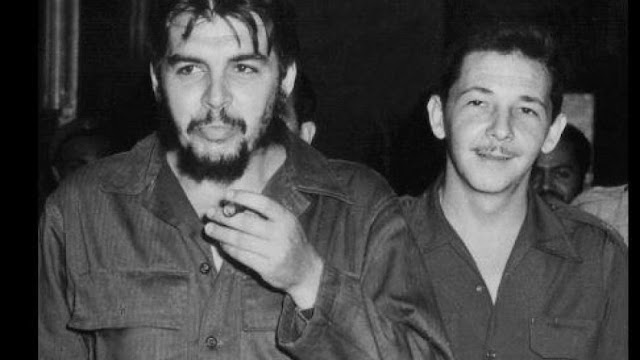 In a seminar at the University of California-Los Angeles in recent days, the featured speaker likened Argentinian doctor and Fidel Castro’s fellow guerrilla fighter to Jesus Christ, a glorification long controversial because of the revolutionary figure’s involvement in the executions and torture of Cubans who were considered traitors.


UCLA Professor Emeritus of Art History David Kunzle, who was invited by the university’s religion department, according to Campus Reform, told the audience at the lecture: “Che Guevara, once the epitome of armed struggle, has evolved to an avatar of justice, peace, and love, as Jesus always was but no longer is exclusively.”
The presentation was called: “Chesucristo: The Fusion in Image and Word of Che Guevara and Jesus Christ.”
Kunzle depicted Guevara as “a quasi-divine cosmic force.”
Some of Kunzle’s written works have focused on anti-imperialism.
In his talk at UCLA, Kunzle compared the crucifixion of Jesus – as “leader of an armed guerilla struggle against Rome” – with Guevara’s execution in 1967 in Bolivia.
During the revolution, Che Guevara riding in the Sierra, , 1956-1959,, Cuba. (Getty Images)
Kunzle displayed works of art of Guevara wearing a crown of thorns, another of him wearing a halo, and another with the Virgin Mary.
Kunzle has delivered similar talks before at various universities.
Most of the audience expressed admiration for Guevara, who has become a romantic figure for many around the world, to the anger of many others who say he delighted in bloodshed.
Comparisons of Guevara to Christ emerged after his corpse was put on display.

“They said he looked like Christ,” said Susana Osinaga told The Guardian in a 2017 interview. She had helped wash the blood off Guevara's corpse, the newspaper said. “People today still pray to Saint Ernesto. They say he grants miracles.”
One student at Kunzle's talk, David Johnson, a third-year student at UCLA, told Campus Reform: “I believe anyone has the right to discuss any opinion they have, that’s why universities exist. But this is offensive on a different level.”
Recently, an editorial in the Yucatan Times said of Guevara: “He personally murdered or gave the order to kill anyone who stood against the new regime, including several of his former comrades in arms, who were not in favor of the communist agenda that they wanted to impose. In a letter to his father he wrote: ‘I have to confess to you, dad, that at that moment I discovered that I really like to kill.’”
Nigel Jones wrote in The Telegraph: “It is a sad reflection of the warped moral mirror of our time that it is Guevara, the squalid killer and totalitarian tyrant, who remains, more than 40 years after his death, the iconic emblem of ignorant idealists the world over.”
Source>https://www.foxnews.com/faith-values/ucla-speaker-compares-che-guevara-to-jesus-christ
Posted by theodore miraldi at 4:47 PM