Brennan, Clapper LASH OUT At Trump For Declassifying 2016 Election Intel 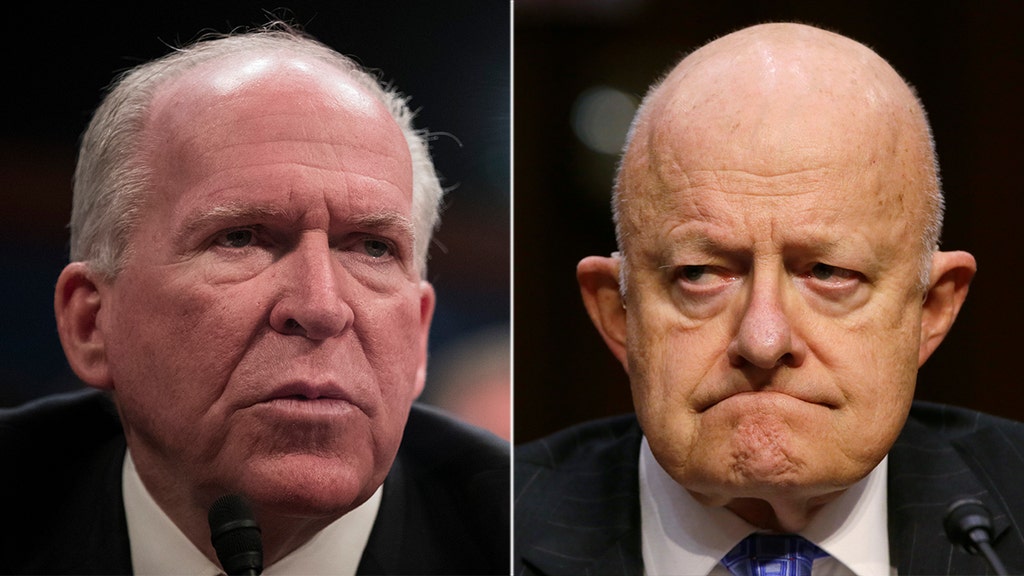 
Former CIA Director John Brennan and former DNI James Clapper blasted President Trump on Friday night for directing Attorney General William Barr to declassify documents related to the surveillance of his campaign during the 2016 election, calling it "outrageous."
"I see it as a very, very serious and outrageous move on the part of Mr. Trump, once again, trampling on the statutory authorities of the Director of National Intelligence and the heads of the independent intelligence agencies," Brennan told MSNBC host Chris Hayes. "And it's unclear to me what Mr. Barr is actually going to do. Is he investigating a crime? Well, what's the predication of that crime? Or he is just going to be looking for information... that Mr. Trump can just give to his defenders on the right and cherry-pick information that could be taken out of context?"
TRUMP VOWS TO UNCOVER RUSSIA PROBE ROOTS WITH DECLASSIFICATION CALL: 'WE'RE EXPOSING EVERYTHING'
Brennan expressed concern about exposing "sources and methods" as well as the intelligence of "partners abroad."
"This is very serious and I know that my former colleagues in the intelligence agencies are looking upon this with great concern and worry," the former top Obama official stated.
He later said he hopes that DNI Dan Coats and CIA Director Gina Haspel will "stand up" to President Trump's "unprecedented act."
Brennan slammed President Trump on Twitter after the president shared a political cartoon mocking the former CIA Director, former DNI Clapper, and FBI Director James Comey.
TRUMP GIVES AG BARR AUTHORITY TO DECLASSIFY DOCUMENTS RELATED TO 2016 CAMPAIGN SURVEILLANCE
"Young people everywhere: Please do not emulate Mr. Trump’s very immature behavior. Find others of honesty, integrity, & decency to be your role models," the MSNBC analyst tweeted. "And always try to do what you know is the right thing, even when doing what is right is both unpopular & difficult."
Meanwhile, Clapper told CNN's Anderson Cooper that the "bigger issue" is "what exactly is the scope" of the declassification, whether it involves all of Russia's interference in the election or just the counter-intelligence probe. He expressed similar concerns as Brennan regarding sources and methods being exposed and putting "people's lives at risk."
Clapper, now a CNN analyst, insisted that the infamous Steele dossier was not used as sourcing for the intelligence community assessment in January 2017.
Source>https://www.foxnews.com/politics/brennan-clapper-trump-declassifying-surveillance
Posted by theodore miraldi at 3:15 PM