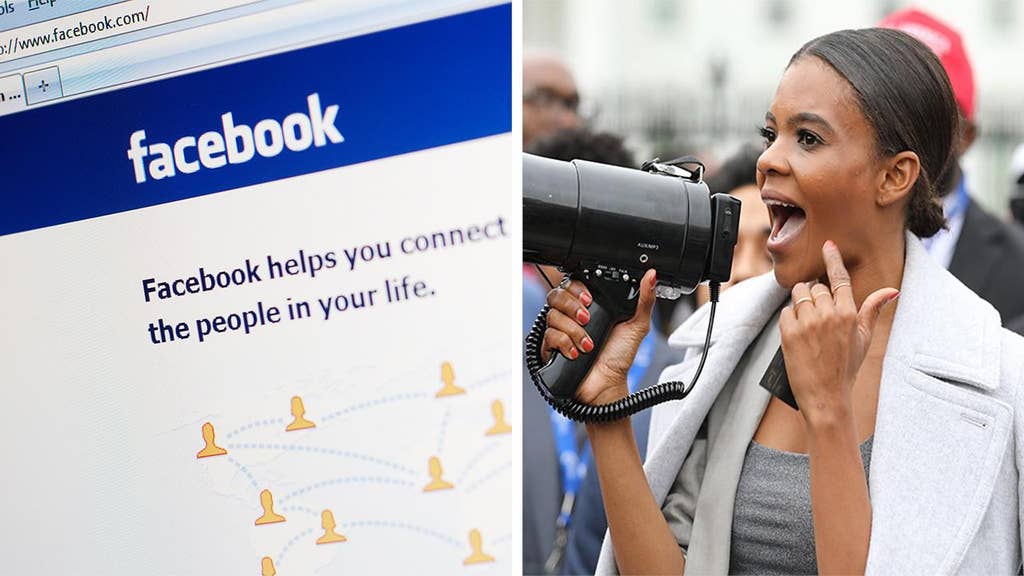 
Facebook temporarily suspended – then restored -- conservative commentator Candace Owens’s account this week after she posted about the “liberal supremacy” threat to black Americans.
In a statement to Fox News, Facebook said they reinstated her account a day later after determining the post wasn’t in violation of community standards.
“We’ve restored Ms. Owens' post and removed the block on her account after confirming that the content didn’t violate our policies,” a Facebook spokesperson said Friday.
On Thursday, Owens, who is black, posted a statement along with statistics showing the poverty rates among African-Americans, whites and African-Americans who are married. The statement read: “Black America must wake up to the great liberal hoax. White supremacy is not a threat. Liberal supremacy is.”
Facebook temporarily suspended – then restored -- conservative commentator Candace Owens’s account this week after she posted about the “liberal supremacy” threat to black Americans.
According to Facebook’s community standards policy, hate speech is defined as “a direct attack on people based on what we call protected characteristics — race, ethnicity, national origin, religious affiliation, sexual orientation, caste, sex, gender, gender identity, and serious disease or disability.” The policy also states that Facebook considers it to be an attack when someone uses “violent or dehumanizing speech, statements of inferiority, or calls for exclusion or segregation.”
In an interview with Fox News, Owens said “there were no threats or hard language” in her post. She said she believes “this is an attempt to silence” her effort to “present a different story to America.”
On Friday, Facebook restored her post, saying they made a mistake.
“It looks like we made a mistake and removed something you posted on Facebook that didn’t go against our community Standards. We want to apologize and let you know that we’ve restored your content and removed any blocks on your account related to this incorrect action,” Facebook said in a message to Owens.
Owens, a longtime supporter of President Trump, tweeted about her suspension to the president. “Dear @realDonaldTrump, My @facebook page has been suspended for 7 days for posting that white supremacy is not a threat to black America, as much as father absence and liberal policies that incentivize it, are. I am censored for posting the poverty rates in fatherless homes,” she wrote.
Even though her account was restored, Owens argued Facebook was attempting to censor her.
“Typically when they censor conservatives, they mask it behind white supremacy and their commitment to ending it,” she said. “Their expectation is that masses will believe that excuse without digging further. Censoring me paints a different story, however-as no one with a modicum of intelligence would be so quick as to accept that narrative.”
Owens added, “The truth, which most conservatives know and many fair-minded liberals are waking up to, is that social media companies are attempting to meddle in the 2020 election by silencing and de-platforming certain individuals.”
Owens made recent headlines over her exchange with Democratic Rep. from California Ted Lieu in what has set a new record for the most viewed C-SPAN clip from a House hearing on all platforms. She is also founder of the Blexit movement which aims to inspire African-Americans to leave the Democratic Party.
Source>https://www.foxnews.com/politics/facebook-temporarily-suspends-candace-owens-over-post-about-liberal-supremacy
Posted by theodore miraldi at 7:33 PM