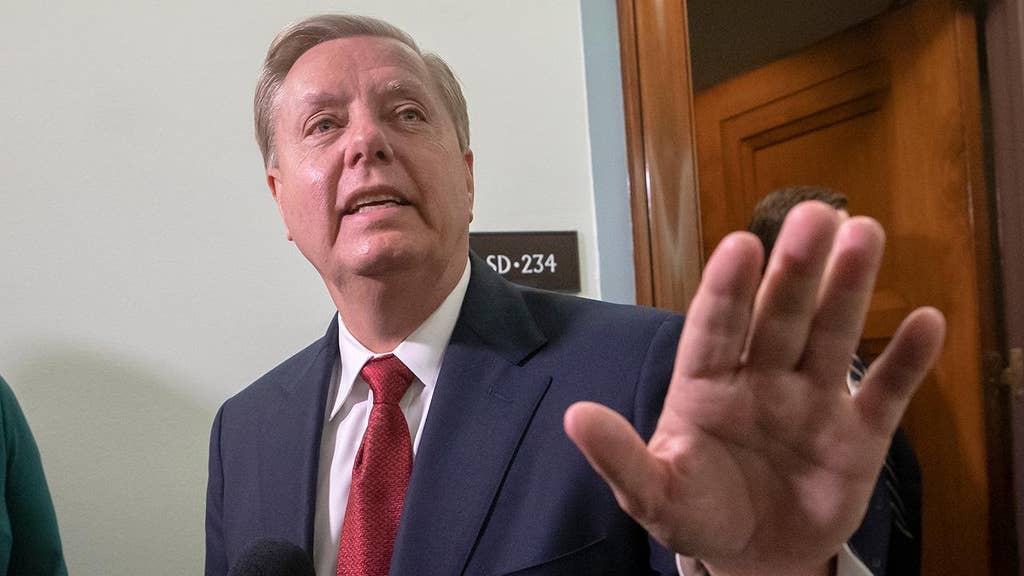 
Sen. Lindsey Graham, R-S.C., sent a letter to Special Counsel Robert Mueller Friday asking him if he wanted to “provide testimony regarding any misrepresentation” by Attorney General William Barr concerning a phone call the two had about the findings of his Russia investigation.
Graham, the chairman of the Senate Judiciary Committee, thanked Mueller and his team "for the professional and thorough manner in which you conducted your investigation.”
The Washington Post first reported this week that Mueller contacted Barr, both in a letter and in a phone call on March 27, to express concerns about his initial report summary. Mueller pushed Barr to release the executive summaries written by the special counsel’s office.
WILL MUELLER TESTIFY? HOUSE DEMS IN TALKS FOR HEARING WITH SPECIAL COUNSEL, SOURCE CONFIRMS
However, according to both the Post and the Justice Department, Mueller made clear that he did not feel that Barr’s summary was inaccurate. Instead, Mueller told Barr that media coverage of the letter had “misinterpreted” the results of the probe concerning obstruction of justice.

Video
COMEY DEFENDS FBI'S INVESTIGATION IN RESPONSE TO NYT 'SPYING' REPORT
Graham wrote, “In response to questions by Senator Blumenthal, the Attorney General testified in essence that you told him in a phone call that you did not challenge the accuracy of the Attorney General’s summary of your report’s principal conclusions, but rather you wanted more of the report, particularly the executive summaries concerning obstruction of justice, to be released promptly.  In particular, Attorney General Barr testified that you believed media coverage of your investigation was unfair without the public release of those summaries.”
He concluded his letter asking Mueller if he would “like to provide testimony regarding any misrepresentation by the Attorney General of the substance of that phone call.”
During the hearing Wednesday, Barr called the letter from Mueller “a bit snitty” and suggested it was written by one of his staffers. On Thursday, Barr was slated to appear before the House Judiciary Committee but announced on the eve of the hearing that he would not be attending.
A source told Fox News Friday that Democrats on the House Judiciary Committee are in negotiations with Mueller to possibly testify before their panel.
Fox News’ Brooke Singman and the Associated Press contributed to this report.
Source>https://www.foxnews.com/politics/lindsey-graham-asks-robert-mueller-if-he-would-like-to-provide-testimony-regarding-phone-call-with-barr
Posted by theodore miraldi at 9:55 AM