LA Public Health In 'COMPLETE BREAKDOWN': 'No City On Earth Tolerates This' 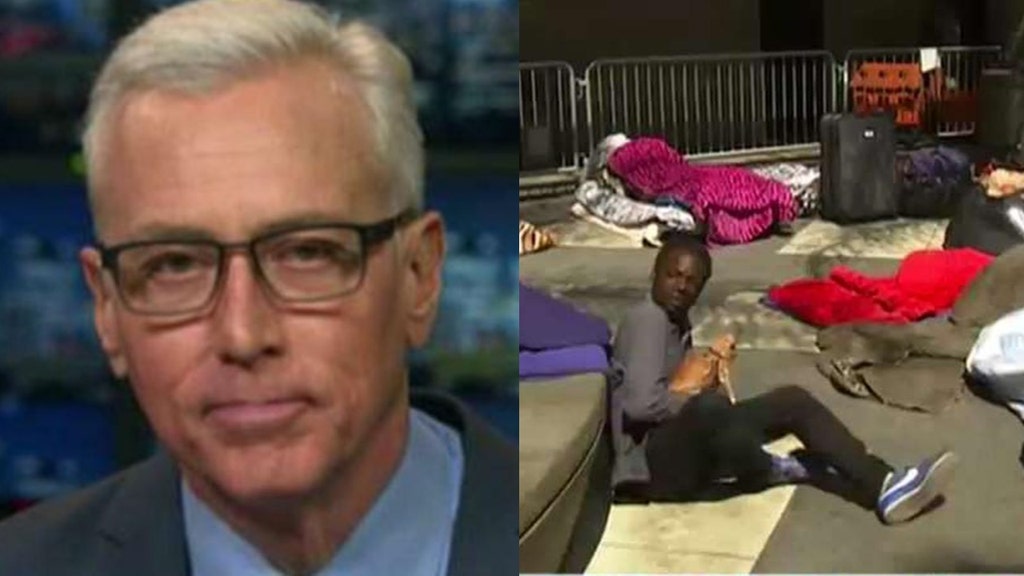 
The public health situation in the nation's second-largest city is in "a complete breakdown," Dr. Drew Pinskysaid Thursday night on "The Ingraham Angle."
“We have a complete breakdown of the basic needs of civilization in Los Angeles right now,” Pinsky told host Laura Ingraham. “We have the three prongs of airborne disease, tuberculosis is exploding, (and) rodent-borne. We are one of the only cities in the country that doesn’t have a rodent control program, and sanitation has broken down.”

“We have a complete breakdown of the basic needs of civilization in Los Angeles right now.”
— Dr. Drew Pinsky

Pinsky’s comments followed news that Los Angeles police officer had contracted typhoid fever, a rare and life-threatening illness that fewer than 350 Americans contract each year.
WITH MOST CASES CENTERING ON NEW YORK CITY, US MEASLES COUNT NEARS 1,000, TOPPLING RECORD
Los Angeles had a typhus outbreak last summer and will likely have another this summer, Pinsky said. Meanwhile, bubonic plague – a pandemic that killed tens of millions of people during the 14th century – is “likely” already present in Los Angeles, Pinsky added.
Dr. Drew Pinsky (Getty Images)
“This is unbelievable. I can’t believe I live in a city where this is not Third World. This is medieval,” Pinsky said. “Third World countries are insulted if they are accused of being like this. No city on Earth tolerates this. The entire population is at risk.”

“Third World countries are insulted if they are accused of being like this. No city on Earth tolerates this. The entire population is at risk.”
— Dr. Drew Pinsky, referring to a public health crisis in Los Angeles

California can’t handle the current situation, let alone allow tens of thousands of illegal immigrants with no health records to flood its major cities, Pinsky added.
FLOUR RECALLED AFTER 17 PEOPLE IN 8 STATES SICKENED WITH E. COLI, CDC SAYS
“[T]he government is somehow insisting that housing is the problem when in fact we have chronic mental illness, we have addiction, we have people who don’t want to leave the streets,” Pinsky said. “They literally won’t take the housing if we give it to them. And that’s the population that’s vulnerable, and is going to get so ill this summer. It scares me for their well-being.”
Asked why the liberal politicians aren’t doing more to alleviate these conditions, Pinsky said they are “disgustingly negligent.”
Source>https://www.foxnews.com/health/dr-drew-says-third-world-countries-would-be-insulted-to-be-compared-with-los-angeles
Posted by theodore miraldi at 7:54 AM