Even After 8 Years of Failures and Cover-ups This Man Still Thinks He Is God ... How's That For Narcissism!
...tmiraldi 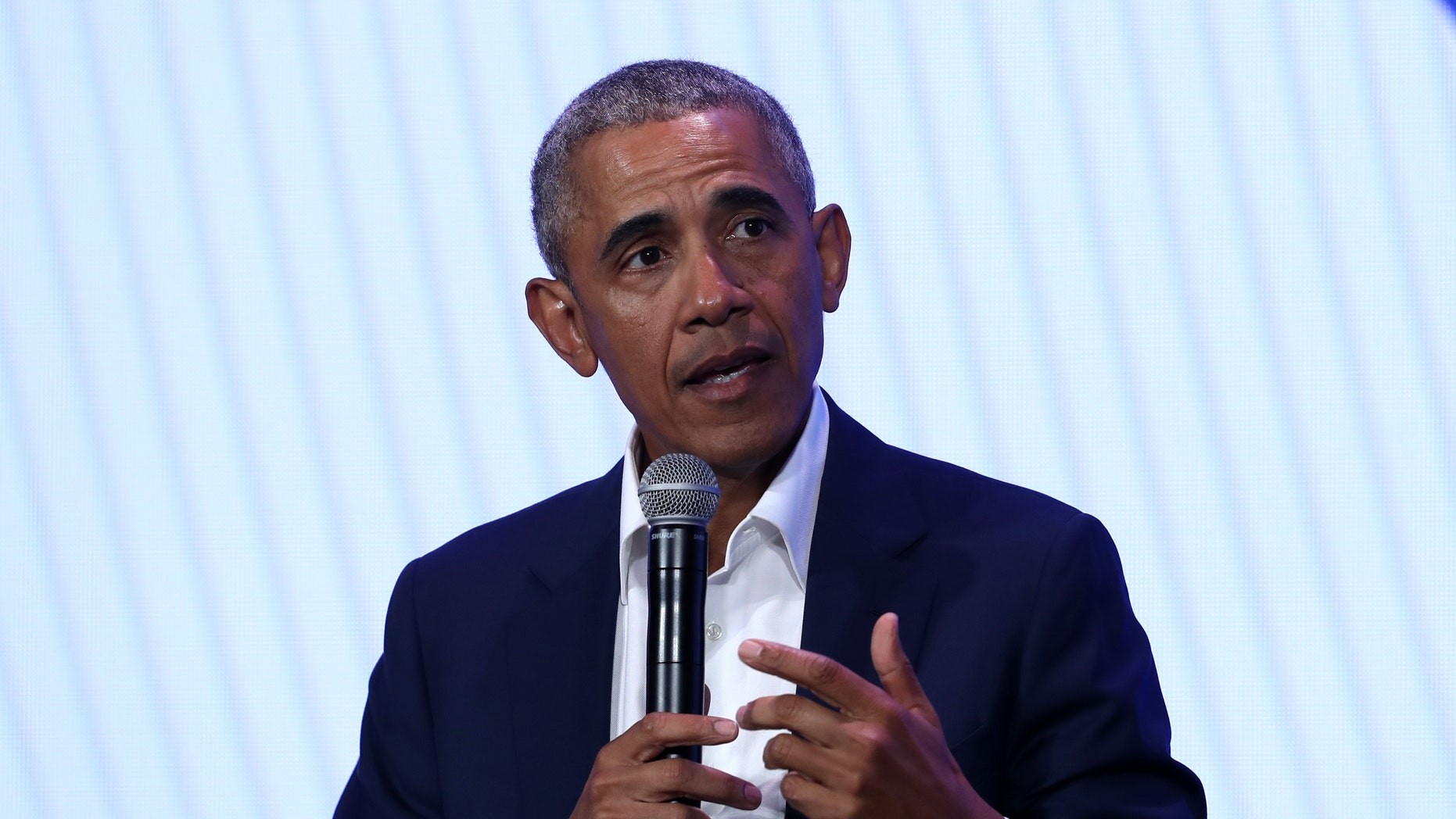 Former President Obama took President Trump’s win and Hillary Clinton’s loss in 2016 as a personal insult, according to a newly updated book.
The former president was “shocked” by the election results and felt the American people had turned on him, The Washington Examiner reported, citing New York Times correspondent Peter Baker’s book “Obama: The Call of History.” It was originally published in 2017. He was also reportedly frustrated by Hillary Clinton’s “soulless” campaign after believing his legacy “was in safe hands.”
OBAMA APPEARS TO SWIPE AT TRUMP DURING MANDELA EVENT
Clinton apologized to Obama after the election, according to Baker, saying “I’m sorry for letting you down.” He writes, “To Obama … [s]he was the one who could not translate his strong record and healthy economy into a winning message." Baker also says Obama was incredulous that voters replaced him with a “buffoonish clown” known for “repeated bankruptcies, serial marriages and racist dog whistles.”
Click Photo To See VIDEO.

Video
Obama also compared himself to Michael Corleone from “The Godfather” because he "almost got out" of office unscathed like a mob boss avoiding a hit job, and he said Trump was like a character right out of “Huckleberry Finn” who “peddles in bulls--t," The Washington Examiner reported.
Source>https://www.foxnews.com/politics/obama-took-trumps-win-as-a-personal-insult-book-says
Posted by theodore miraldi at 7:53 AM