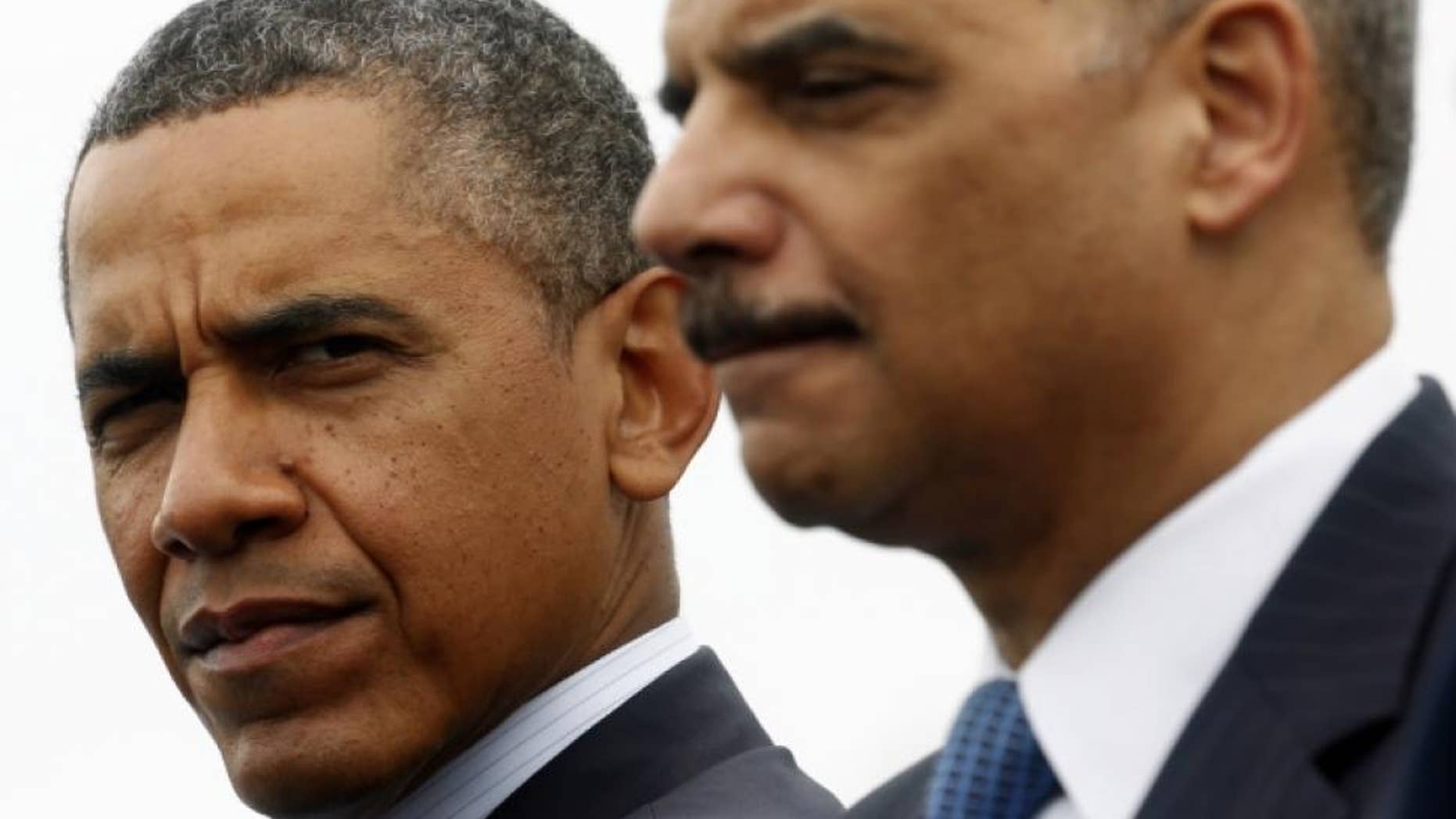 Former President Barack Obama and Attorney General Eric Holder won’t tell the truth when it comes to their redistricting strategy, but here it is: Pick a state, any state, and sue until it’s blue. They have spent years and millions of dollars selling the false narrative that Democrats draw “fair maps” while any and all Republican-drawn maps are “partisan gerrymanders.”  While rhetorically cute, their primary goal has nothing to do with fighting gerrymandering as they repeatedly claim, but to put redistricting in the hands of unelected, unaccountable bureaucrats and lifetime-appointed judges.
Their strategy makes sense.  There are plenty of unelected federal judges presiding over these redistricting cases who will enthusiastically toss out constitutionally drawn maps to help elect more Democrats. That’s exactly what happened recently in both Michigan and Ohio, despite the entirely dubious and suspect arguments from the left. It will also not be a surprise if liberal federal panels do the same thing in other states in the coming weeks.
2020 DEMOCRAT BETO O'ROURKE SAYS STACEY ABRAMS SHOULD BE IN CHARGE OF VOTING RIGHTS INITIATIVES
In recent years, we’ve seen this over and over again and it’s time that Republicans wake up to the reality of the Democrats’ nationwide judicial power grab.
The most glaring example in my mind is what happened in Wisconsin.  Democrats spent millions litigating against our policies while simultaneously working to elect radical left-wing activists to our state Supreme Court.  They wanted nothing more than to undo all that Republicans had accomplished for Wisconsin over the past eight years.  Republicans fought back and stalled their plans, but the long battle to keep Wisconsin heading in the right direction has only just begun.
If Republicans fail to fight back nationally – instead of pushing back as we did in Wisconsin – we will find ourselves in a perpetual minority for a generation. That is why I became the National Finance Chairman for the National Republican Redistricting Trust. We must engage on this issue now before it’s too late.

The GOP must stand up and fight back to stop the Democrats’ “sue until it’s blue” strategy. If we want to continue to be able to implement our pro-growth agenda we need to make sure Republican candidates have the opportunity to make that case to voters across the country.

All Americans who believe judges should call balls and strikes rather than create new law out of thin air should be concerned with the Michigan and Ohio courts’ overreach.  Judges have unnecessarily thrown Michigan and Ohio’s political system into a state of chaos and uncertainty just as the Supreme Court is considering these same arguments in other cases. The Supreme Court can and should swiftly bring clarity and restore reason to what has been profoundly flawed processes.
For their part, Democrats are sitting back counting the cash they plan to use on their trial lawyers to fund their strategy of endless litigation. Win or lose they are happy to spend their money on lawyers just for the talking points their liberal judges and academics give them to use on cable news and social media. They are more interested in winning the battle of the courtroom in front of friendly judges than winning the battle of ideas before the voters.
Despite what the Democrats may want, judges should not put the federal or state courts in the position to draw every map across the country. But that is exactly what will happen if the courts keep throwing out maps drawn the way the Constitution dictates. State legislatures, who are elected and accountable to the people they serve, have the long-standing right to draw their own districts, for their own state, as they see fit within the confines of the law.
While we trust the Supreme Court will recognize, and eventually correct, the judicial activism we’ve recently seen in Michigan and Ohio, and this disingenuous national litigation strategy from the left, we can all agree that preserving the rule of law is paramount to preventing the Democrats’ cynical attempt to bend the Constitution to solve their party’s political problems.
In order to do that the GOP must stand up and fight back to stop the Democrats’ “sue until it’s blue” strategy. If we want to continue to be able to implement our pro-growth agenda we need to make sure Republican candidates have the opportunity to make that case to voters across the country.  We must keep Democrats from hijacking the United States Constitution to achieve their partisan ends.  If we have fairly drawn maps approved by elected officials who are accountable to the voters, we will win.
Source>https://www.foxnews.com/opinion/scott-walker-republicans-democrats-judicial-power-grab
Posted by theodore miraldi at 8:34 AM