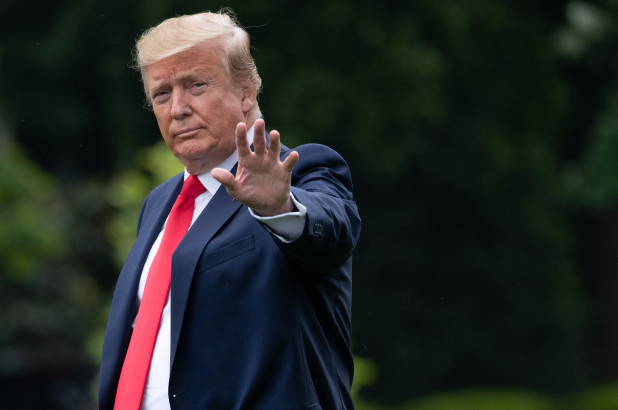 
Rose Bove is willing to put her money where her mouth is. So in addition to telling friends about her support for President Trump, she’s been donating to his campaign.
“It’s dribs and drabs,” said the Staten Island resident. “I give $3 here, $5 there.”
But it all adds up. She’s donated $259.65 so far, according to Federal Elections Commission records.
“I supported him from day one,” Bove, 73, told The Post. “I support him, and I’ll help him along in this campaign in any small way that I can.”
She’s far from alone.
More than 45 percent of the itemized individual contributions to Trump’s campaign for the first three months of the year came from women, according to the Center for Responsive Politics, a nonpartisan research group that tracks money in US contests.
Woman accounted for nearly $1.5 million in Trump contributions. The president collected almost $1.8 million from male donors, bringing the total to more than $3.2 million.
Individual donations were a small portion of the president’s total fundraising haul for the first quarter. He raised $30.3 million from January to March, FEC fillings show.
Among the Democratic candidates, only two raised a higher percentage of their donations from women: New York Sen. Kirsten Gillibrand and California Sen. Kamala Harris.
Gillibrand’s individual donor haul was $2.4 million, nearly 53 percent of which came from women, data show. She raked in a total of $12.6 million in the first quarter.
Harris raised $13.2 million total from January through March, with $7.4 million coming from itemized individual donations, about 49 percent from women.
Meanwhile on Saturday, Trump went on a retweeting spree, sharing other conservative voices more than 60 times.
He also focused on the 2020 race, stating, “I won the 2016 Election partially based on no Tax Returns while I am under audit (which I still am), and the voters didn’t care.
“Now the Radical Left Democrats want to again relitigate this matter. Make it a part of the 2020 Election!”
Source>https://nypost.com/2019/05/11/women-behind-almost-half-of-individual-trump-contributions-in-first-three-months-of-year/
Posted by theodore miraldi at 10:13 AM