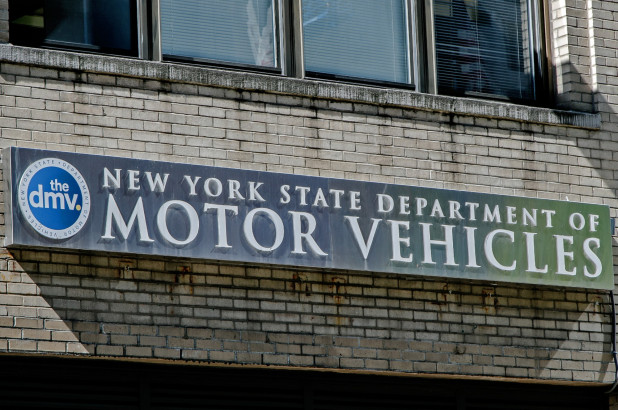 A loophole in the new law granting driver’s licenses to illegal immigrants could allow hundreds of thousands of people to fraudulently register to vote in New York, according to critics, the state Board of Elections and the bill’s own sponsor.
“[A] major concern is that many states, including New York, use their DMVs to enroll voters. Since New York does not have voter-identification laws like the majority of other states do, this bill increases the potential for voter fraud,” state Sen. Republican ­Minority Leader John Flanagan (R–Suffolk) said Tuesday.
“This means that New York will soon have the most radical, open-ended law in the entire nation.”

The Green Light Bill, which passed the Senate 33-29 Monday and was signed by Gov. Andrew Cuomo, allows illegal immigrants to obtain “standard” state driver’s licenses that can be used for identification and to board domestic flights.
But it is also the sole document required to register to vote, according to officials.
Even legislative sponsor Luis Sepúlveda (D-Bronx) admitted the provision could be abused.
“Theoretically, they could have the ability to vote,” he said while arguing for the bill during a Monday hearing in Albany.
Voters need only provide a driver’s license number to register to vote, according to BOE spokesman John Conklin.
“If you have a driver’s license number, you basically stop there,” Conklin told The Post Tuesday of the vetting process.
Registrants are required to check a box swearing they are eligible to vote in the US, but “it’s ­basically an honor system,” he said.
Anyone who fraudulently fills out a voter form is subject to state fines of up to $5,000 and four years in prison — as well as potential removal from the country by the feds, BOE reps said.
Sepúlveda said anyone who wants to commit voter fraud already can — and has noted that instances are extremely rare.
“Anybody could theoretically commit voter fraud,” he said. “You could get a form and register to vote, put any name — a teenager could get a form . . . there’s nothing that is 100% foolproof.”
Meanwhile, Erie County Clerk Michael Kearns — who is responsible for processing county driver’s licenses — said Tuesday he’d ignore the law and file a legal challenge.
“I will not be granting driver’s licenses to illegal immigrants,” he wrote in a letter to the Erie County Law Department.
The state DMV did not respond to requests for comment.
Source>https://nypost.com/2019/06/18/law-granting-illegal-immigrants-drivers-licenses-could-lead-to-voter-fraud/
Posted by theodore miraldi at 8:22 AM