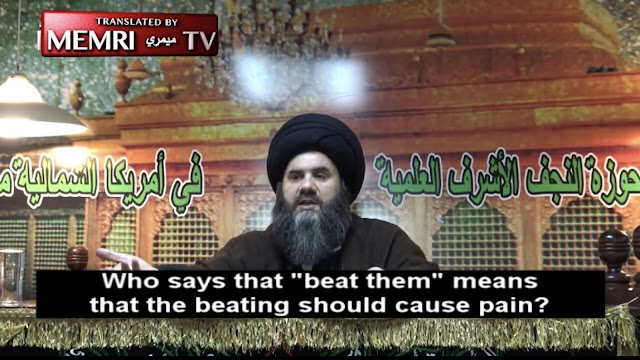 A clip unveiled by the Middle East Media Research Institute (MEMRI) this week shows Michigan-based Shiite Imam Bassem al-Sheraa “educating” students on the role of “wife-beating.”
According to the video, the imam tells the class at the Az-Zahraa Islamic Center in Detroit that when the Quran references such a physical act toward one’s wife, it is a "beating" that should be conducted without causing pain or any red markings; but as a reminder to the woman that she “misbehaved in cases when words (of admonishment) do not make her change her ways.”
“It is just like when your child reaches to touch the electrical socket or a fire, what do you do? You go like that,” Sheraa explained. “It is just like when your child picks up something dangerous and is about to eat it. You hit his hand like that as a reminder. That is what ‘beating’ means.”
IRANIAN AUTHORITIES ARREST 30 MEN AND WOMEN AT PRIVATE YOGA GATHERING
The video was uploaded to the Az-Zahraa Islamic Center’s YouTube channel on May 27, 2019.
Sheraa and the Al-Zahraa Islamic Center did not respond to a request for comment. 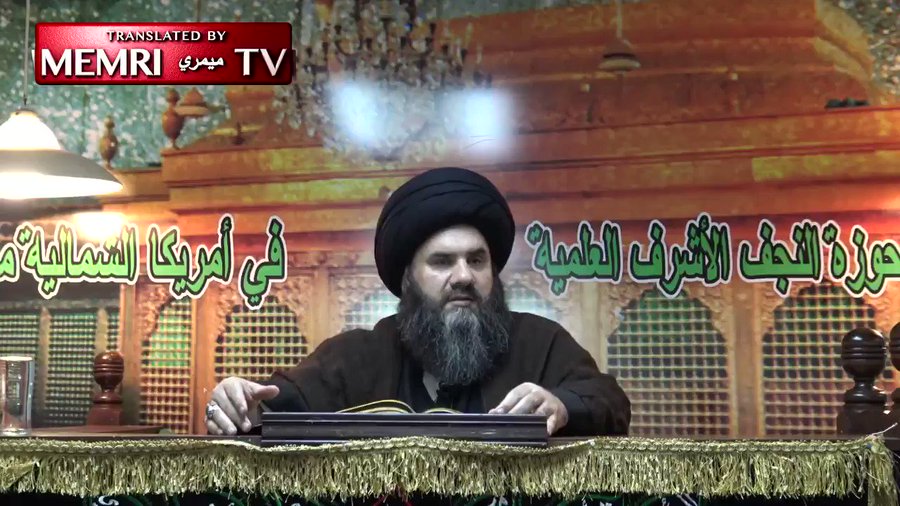 Detroit Imam Bassem Al-Sheraa: Wife-Beating Serves to Remind Her That She Misbehaved

254 people are talking about this
Twitter Ads info and privacy
It’s not the first time that Sheraa’s words have become a source of controversy.
In late January, he also came under fire for what many deemed an “anti-Semitic” lecture uploaded to YouTube in which he claimed that Jews have distorted sacred texts and sanctioned the killing of prophets, MEMRI noted.
“He accused the Jews of employing tricks and fraud in matters of religion and morality, and of amassing gold and spreading usury,” the report continued, underscoring that Jews have used their “peculiar philosophy” to attain power and control the modern banking system, and that Jewish women have long founded and managed “dens of female iniquity” and ran European brothels.
FREED US RESIDENT BLASTS IRAN OVER DETENTION, SAYS HIS RELEASE EASES TENSION
A MEMRI analyst told Fox News that the apparent firebrand “spiritual leader” Sheraa immigrated to the U.S. from Iraq, but it is unclear when and is the founder of the Scholarly Najaf Hawza in Northern America – Michigan. He also refers to himself as Hujjat al-Islam wal-Muslimin, which means a Shiite source of authority.
“Most Shiite Muslims in America oppose the Iranian regime, especially Iranians, but pro-regime figures hold the leadership positions,” added Ryan Mauro, director of the Clarion Intelligence Network which monitors extremism. “It is important for videos like this to be preserved for research purposes.”
Source>https://www.foxnews.com/us/michigan-mosque-leader-explains-wife-beating-as-a-means-to-remind-the-woman-that-she-misbehaved
Posted by theodore miraldi at 7:54 PM