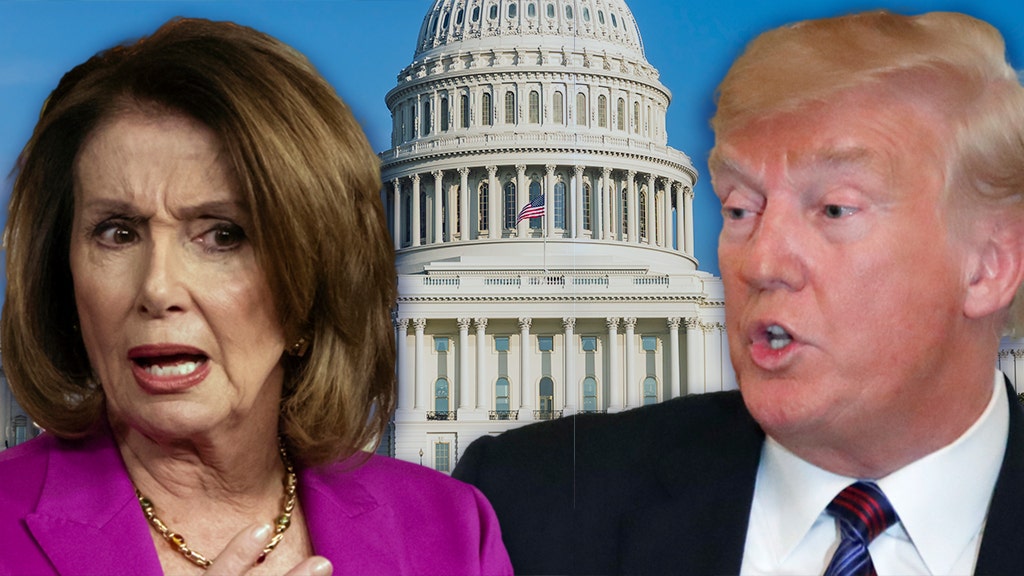 House Speaker Nancy Pelosi told senior Democrats on Tuesday that she ultimately wants to see President Trump “in prison,” according to a report.
The speaker reportedly made the remark while defending her stance against impeaching the president in an evening meeting with House Judiciary Chairman Jerry Nadler and other top Democrats, according to Politico.
“I don’t want to see him impeached, I want to see him in prison,” she said, according to multiple Democratic sources familiar with the meeting. House Intelligence Chairman Adam Schiff, Oversight Chairman Elijah Cummings, Ways and Means Chairman Richard Neal and Foreign Affairs Chairman Eliot Engel also reportedly attended the meeting.

IMPEACHMENT DAM BREAKING AS PELOSI DEPUTIES TIP HAND: ‘WE’VE ALREADY BEGUN’
Pelosi wants to hold the president accountable, the sources said, but thinks voters should get him out of office in 2020, after which he could possibly face criminal charges.
Nadler and dozens of Democrats have been pressing Pelosi to hold impeachment hearings, but the speaker reportedly believes there should be public and bipartisan support to launch the process, according to Politico.
Pelosi has previously said the president’s actions “are villainous to the Constitution of the United States."
A Pelosi spokesperson told the New York Post the lawmakers “had a productive meeting about the state of play with the Mueller report. They agreed to keep all options on the table and continue to move forward with an aggressive hearing and legislative strategy, as early as next week, to address the president’s corruption and abuses of power uncovered in the report.”
The spokesperson did not directly address whether Pelosi made the remark about Trump that was attributed to her.
The House will hold hearings next week "focused on the alleged crimes and other misconduct laid out in Special Counsel Robert Mueller's report."