So Now It’s OK To DESTROY LIVES In The Name Of Fighting Trump? 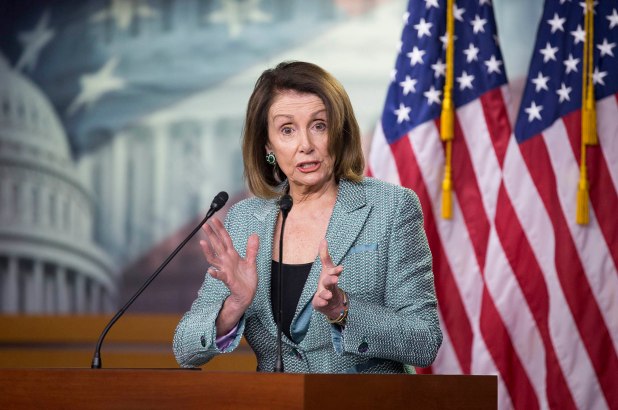 
Breaking news: Some guy posted a doctored videoof Nancy Pelosi.
But fear not. The website The Daily Beast sprang into action. It tracked down the random, Trump-supporting man who allegedly posted the offending clip, hounded him until he talked, then published his name and other details about his life in a shocking instance of ­harassment masquerading as journalism. The man denies creating the video.
Journalists usually imagine themselves holding the powerful to ­account but now they are happy to punch down — and congratulate themselves on punching down — if their targets are politically uncongenial.
The man whose identity was revealed by The Daily Beast is an unemployed African American fork-lift operator who, according to the site, lives in the Bronx (though that’s ­another detail he disputes) and runs a couple of very minor Facebook pages. He had done it anonymously, one assumes, to avoid any professional and personal fallout, which The Daily Beast has now ­exposed him to.
The video in question, doctored to make it sound like Pelosi was drunk when talking about Trump at a progressive conference, dominated a news cycle a couple of weeks ago. In other words, it was a big deal for about six hours, and then disappeared like most everything else in our disposable news culture.
It got several million views and was, stupidly, shared by Rudy Giuliani on Twitter. The video was certainly a testament to the debased quality of online discourse, but it was also quickly identified as a fake, because it was pretty obviously a fake.
None of this justifies outing the man allegedly responsible for it. In a better world, anonymous political commentators could be identified without fear of social media mobs attempting to ruin their lives.
As has been demonstrated time and again, this is not the world we live in.
Widely criticized for its decision to name the man — or in online parlance, “dox” him — The Daily Beast defended its story as a way to show “that disinformation isn’t the purview of Russia alone.” But who ever believed this?
The Left is so obsessed with the idea that Russia, after its desultory ­social media campaign in 2016, pulls the strings of our democracy that it assumes every noxious piece of content on the internet might have been cooked up in a Russian troll farm.
Even if it’s relevant that someone in New York rather than St. Petersburg produced the video, that didn’t require naming the man — let alone citing an Instagram post of his using an abusive term to refer to a woman who allegedly kicked him on the subway, detailing his employment history, talking to his ex-girlfriend or delving into his guilty plea to a domestic violence charge and an outstanding warrant for his arrest on a probation violation; the man, again, disputes many of these details.

Nancy Pelosi: Case to impeach Trump must be 'ironclad'

All of this was completely gratuitous. The balance, which any ­responsible publication should have considered, between the public benefit of naming the man (none) and the personal harm that might be done by naming him (considerable) isn’t even close.
Of course, it matters that he is a Trump supporter. Outlets like The Daily Beast don’t make a routine practice of hunting down trolls who are producing the vast sea of anti-Trump material online, because they don’t consider spoofing or maligning Trump to be a threat to democracy — or at all undesirable.
Incredibly enough, according to The Daily Beast, someone at Facebook provided details about the man’s posting history that were used to confirm the story. Users of Facebook should take note: Menlo Park is monitoring you, and the firm can and will participate with reporters in your doxxing, as deemed necessary.
Although reporters with the historical memory of gnats might believe that rank abuse of America’s high elected officials is something new, it’s as old as the republic. And it’s often been anonymous. By all means, call out online distortions and lies, but deliberately exposing low-level political advocates to personal destruction is shabby and irresponsible — and more an act of political retaliation than journalism.
Rich Lowry is editor of National Review and a contributing editor of Politico Magazine.
Source>https://nypost.com/2019/06/03/so-now-its-ok-to-destroy-lives-in-the-name-of-fighting-trump/
Posted by theodore miraldi at 9:18 AM