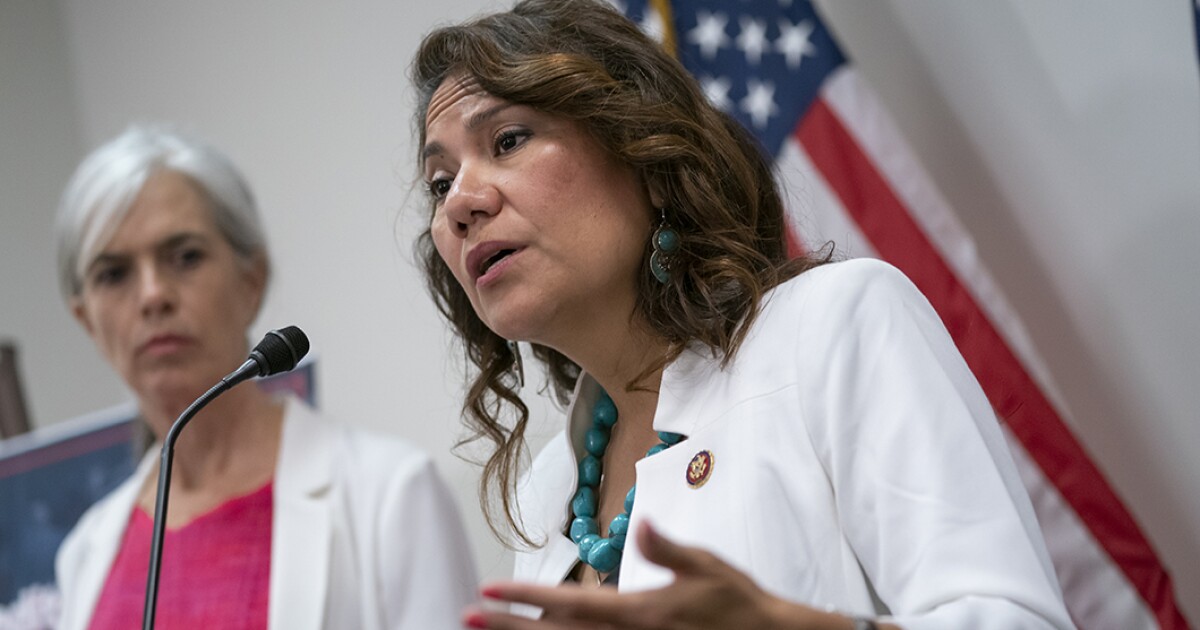 A Democratic congresswoman is sending staff to Mexico’s northern border town of Ciudad Juárez to find migrants returned from El Paso, Texas, under the “remain in Mexico” policy, then coaching them to pretend they cannot speak Spanish to exploit a loophole letting them to return to the U.S.

The National Border Patrol Council’s El Paso chapter and several Customs and Border Protection personnel told the Washington Examiner aides to Rep. Veronica Escobar, who took over 2020 Democratic presidential candidate Beto O’Rourke’s district, and the local Catholic diocese have interviewed thousands of migrants in Juarez over the past few weeks to find cases where Department of Homeland Security officials may have wrongly returned people.

“What we believe is happening is Veronica Escobar’s office is going … to basically second-guess and obstruct work already done by the Border Patrol,” said one senior union official, who shared evidence with the Washington Examiner from concerned CBP managers and rank-and-file members. Those documents have been held to protect identities.

Under the bilateral Migration Protection Protocols, or “Remain in Mexico” policy, anyone returned must be fluent in Spanish because they may have to reside in Mexico up to five years until a U.S. federal judge decides their asylum claim. A Democratic politician's aides reescorting people back to the port are telling officers the Central American individual with them cannot speak Spanish despite their having communicated in it days earlier, CBP officials said.

Escobar's team has sought interviews with 6,000 people who were returned last month, according to one CBP official. The union learned from an intelligence unit within CBP that those doing the interviews are wearing recording devices during the interviews to tape conversations and possibly listen back later.

“They went through and interviewed everybody, cherry-picked them, brought them back, and now are using them as tag lines. They’re going over there and manufacturing a lot of these issues,” said the union official.

All three border officials worried the interviews might be used to suggest the Border Patrol is wrongfully turning away a large number of asylum-seekers.

“We had finally found a happy medium ‘cause we always get crapped on when it comes to immigration laws, and then they’re finding loopholes to bring them back,” the second official said.

Mark H. Metcalf, a former federal immigration judge during the George W. Bush administration, said the involvement of Escobar's office was likely "more of a stunt than a genuine threat to the integrity of the process."

"She's trying to obviously say these people have been wrongly denied their claims and they're waiting when they shouldn't be," said Metcalf.

However, he said a criminal case would exist if Escobar were found to be complicit in an effort to perpetrate a fraud, which would have to include knowingly injecting false statements during interviews, follow-up conversations, and documents presented to U.S. officials.

A Department of Homeland Security official aware of the situation said Democrats, nonprofit organizations, and 2020 hopefuls "are furious that these migrants" are not permitted to "await their court dates in the U.S., where they have the opportunity to disappear and slip into the interior never to be seen again."

"By opposing a system that assists migrants and speeds wait times, these individuals are exposing a cause that looks more like a cover story for their political motivations. Any efforts to subvert and obstruct federal law enforcement operations should receive a full review," the Homeland Security official said in a text.


In one incident, an Escobar aide and diocese official walked a male migrant over the bridge in June and asked for him to be admitted into the U.S. because they had found he had "cognitive disabilities." Officers took the boy and turned the case over to the Border Patrol, where an agent found a Constituent Information and Privacy Release Form with the U.S. House of Representatives seal on it inside the 17-year-old's file. Two officials said the paper would have to have been put in his file while he was interviewed in Mexico and was not supposed to have been left there because it would reveal to the Border Patrol that a member of Congress or their staff was meeting with migrants in Mexico.

The boy has since returned to Mexico because the medical condition was not diagnosed by a medical professional but by an aide of the congresswoman, one official said Friday.

“Management saw that form and was like, ‘What is this?’ and reached out to our International Liaison Unit. And ILU said, ‘Yes, Veronica Escobar and several other politicians are in Mexico trying to defeat the MPP program,'" the union said.

Officials only discussed one port of entry in El Paso but said they knew of three other incidents where Escobar's aides had walked back a “Remain in Mexico” program recipient.

In another confirmed case, a female migrant was brought back to the port after claiming to have been raped in Juarez.

The union official said the onslaught of interviews suggests federal resources are being misspent.

“Resources are being diverted into a foreign country in an attempt to reverse already-decided legal action, meaning these people were found inadmissible under a new program and they must remain in Mexico. They’re trying to subvert that,” the official said.

Escobar's office did not return a request for comment.

Posted by theodore miraldi at 2:20 PM