How the LEFT Turned Words Into ‘VIOLENCE,’ and Violence Into ‘JUSTICE’ 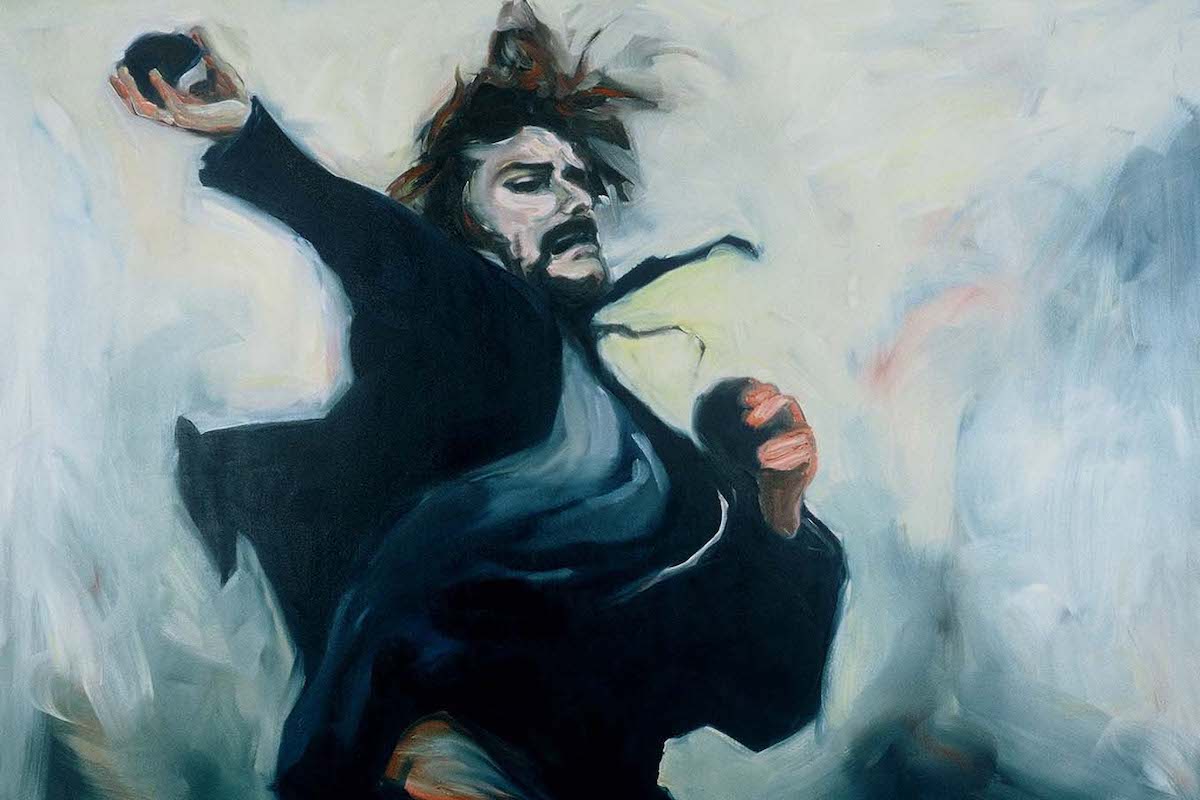 Responding to news that journalist Andy Ngo had been beaten by antifa protestors in Portland last month, a woman named Charlotte Clymer tweeted that “Ngo intentionally provokes people on the left to drive his content. Being attacked today on video taken by an actual journalist (because Ngo is definitely not) is the greatest thing that could have happened to his career. You know it. I know it. He knows it. We all know it. Violence is completely wrong, and I find it sad and weak to allow a sniveling weasel like Andy Ngo to get under one’s skin like this, but I’m also not going to pretend this wasn’t Ngo’s goal from the start. I mean, let’s cut the shit here. This is what they do.”
Who is Charlotte Clymer? She is an activist who works at the Human Rights Campaign, America’s “largest LGBTQ civil rights organization,” which supposedly “envision[s] a world where LGBTQ people are ensured equality at home, at work [and] in every community.” Andy Ngo, who has written for Quillette, the Wall Street Journal, the New York Post and other publications, happens to be gay. So this is where we are right now: A staffer for a human-rights organization dedicated to helping gay people is publicly cheering the beating of a gay man. This should raise an eyebrow.

The idea that one’s disagreement with Ngo’s point of view disqualifies him from the physical protection granted to other ordinary citizens proved to be quite common in the aftermath of Ngo’s beating. Aymann Ismall, a staff writer at Slate, for example, tweeted: “I’d argue what the fear mongering he’s done against Muslims plus the work he’s done to discredit hate crimes, helped create an atmosphere of violence that vulnerable people all have to live through just for being who they are. This is bad, but he’s guilty of worse.” Writer Jesse Singal, responding to this spate of violence apologism among Social Justice progressives, put it best with four words: “awful, awful, awful, awful.”

I’d argue what the fear mongering he’s done against Muslims plus the work he’s done to discredit hate crimes, helped create an atmosphere of violence that vulnerable people all have to live through just for being who they are. This is bad, but he’s guilty of worse.
— Aymann Ismail (@aymanndotcom) June 30, 2019

While this odd and unsettling reaction to Ngo’s beating may be dismissed by some as a passing reflex among radicalized culture warriors, it is actually well rooted in leftist academic social theory, which has blurred the distinction between word and action for decades. Under a prevalent view that has emerged from universities in recent years, a wrong opinion is seen as tantamount to a thrown punch or even an indication of a willingness to genocide—which invites the idea that an offended party who throws a real punch (or worse) is simply acting in self-defense. This idea has become so pervasive and is so taken-for-granted at this point that even workaday journalists now pay homage to this academic conceit in their work. In his account of the Portland violence, for instance, New York Times reporter Mike Baker summarized Ngo’s activities thusly:

Mr. Ngo is an independent journalist in the Portland area who works with the online magazine Quillette, a publication which prides itself on taking on ‘dangerous’ ideas…He has a history of battling with anti-fascist groups, with the two sides sharing a mutual antipathy that dates back many months. The conservative journalist has built a prominent presence in part by going into situations where there may be conflict and then publicizing the results.

The subtext is clear: Yes, Ngo got beaten. But c’mon—the guy had it coming.
In a recent episode of the podcast Other Life, an antifa member who is critical of the contemporary movement, Justin Murphy, noted that the blurring of the line between words and deeds is accomplished, to some extent, by creating a daisy chain of linkages, so that a person can be seen as an acceptable target merely because he is associated, in some way, with supposed “fascists.” (Though Murphy is highly critical of antifa’s methods, he still considers himself an antifa supporter, in the sense that he supports the idea of organizing against actual fascism.)
“The model [with antifa] would be, people look into someone like Andy Ngo, and—okay, maybe this guy has never said anything explicitly fascist, but—they look to see who he’s friends with; they look to see where he writes; and simply by virtue of not being within the kind of anti-fascist radical left milieu, that basically is incriminating,” Murphy said. “So the model there would be: this guy’s not particularly a fascist, but he supports—he basically enables fascism. Quillette enables fascism.” This should, perhaps, raise the other eyebrow.

Spivak at University of London, 2007
Finally, we get to “epistemic violence,” the brain-child of postmodern Theorist Michel Foucault, who contended that violence is done by asserting power by creating, maintaining and participating in oppressive discourses. This concept is somewhat similar to discursive violence, and was developed considerably by postcolonial Theorist Gayatri Chakravorty Spivak in the 1980s, who wrote on the ways in which the marginalized are prevented from being able to speak or have their knowledge considered real. This not only upholds a state in which marginalized people are not recognized as “knowers,” but also furthers the idea that they are unable to speak. (And, one should ask, if one cannot speak to achieve necessary change, what option is left to the silenced?) This idea has been extrapolated into the claim that media that do not reflect and proactively forward the point of view of marginalized voices are, in effect, inherently violent—a category that presumably would swallow up Quillette and a thousand other popular media outlets.
This development on Foucault’s idea, which was most famously put forth at the core of Spivak’s famous 1988 essay “Can the Subaltern Speak?” has been taken up by a wide swath of social-justice theorists, including black feminist epistemologist Kristie Dotson. By her further re-conception of epistemic violence, articulated in 2011, this form of violence is “the failure, owing to pernicious ignorance, of hearers to meet the vulnerabilities of speakers in linguistic exchanges.” Since this form of violence is embedded in the passive act of hearing, it not only takes the idea of violence out of the domain of action, but also out of the domain of speech—for Dotson seems to infer the existence of malicious intent within private mental processes, which she envisages as being akin to violence. In a word: thoughtcrime. (Some appreciation for this idea is manifested by those apologists for the beating of Andy Ngo who accused him of provoking antifa by failing to hear the ways in which they claimed his work made them feel “unsafe.”)
There is not a single scholar I have quoted who is not held in considerable esteem in influential sectors of academy to this day (A. K. Thomson should be regarded as an activist, and he’s unlikely to be held in any academic esteem). This is to say that the antifa cheerleaders offering excuses for the beating of Andy Ngo are not intellectual freelancers: Much of what they say would be received appreciatively were it expressed in the form of academic dissertation—or classroom discussion topic—in such fields as, say, gender studies, any critical constructivist approach to epistemology, or postcolonial studies. In this sense, both the barbarism in the streets observed in recently in Portland, and the shocking apologism that followed it, are the predictable result of decades of self-righteous political activism that became reinvented as supposedly legitimate forms of scholarship.
James Lindsay is an author and speaker who holds a doctorate in math and background in physics. He is best known for his role in the Grievance Studies Affair. Follow him on Twitter @ConceptualJames.
Source>https://quillette.com/2019/07/20/how-the-left-turned-words-into-violence-and-violence-into-justice/

Posted by theodore miraldi at 9:58 AM