TRUMP WINS IN THE 9TH! 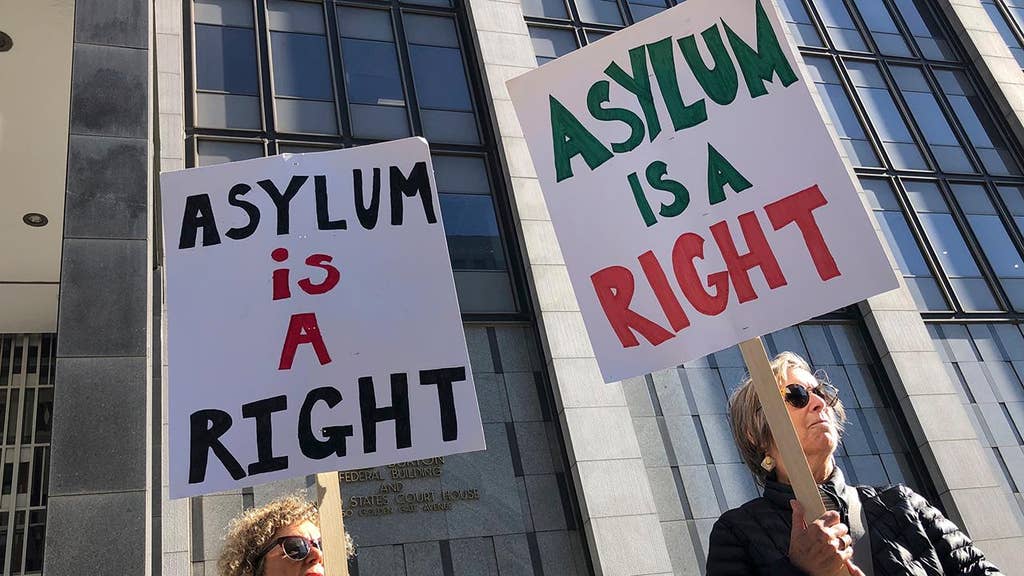 
A federal appeals court sided with the Trump administration on Friday in the legal battle over its efforts to limit asylum claims from Central America – blocking, for now, a nationwide injunction that blocked the implementation of the rule.
Last month a California federal judge blocked the rule that would require migrants to first apply in one of the countries they cross on their way to the U.S. – with certain exceptions. The rule is tailored to target Central Americans from the Northern Triangle of Guatemala, El Salvador and Honduras who would travel across multiple countries, including Mexico, before claiming asylum in the U.S.
FEDERAL COURT BLOCKS TRUMP ASYLUM RULES HOURS AFTER JUDGE RULED TO KEEP RESTRICTIONS IN PLACE
But the San Francisco federal appeals court for the 9th Circuit on Friday ruled that the injunction imposed by the California federal judge can only apply in states within the court’s jurisdiction in the western U.S. The ruling says that the court failed to discuss why a nationwide injunction was necessary to remedy the harm alleged by those immigration advocacy groups named in the lawsuit.
“The district court clearly erred by failing to consider whether nationwide relief is necessary to remedy Plaintiffs’ alleged harms,” the ruling says. “And, based on the limited record before us, we do not believe a nationwide injunction is justified.”

Video
The 9th Circuit will hear oral arguments on Oct. 1 on the merits of the lawsuit opposing the asylum policies.
The ruling marks the latest in a series of legal battles the administration is fighting on multiple fronts on the question of immigration and asylum. The administration has said that in order to combat the escalating crisis at the border, loopholes that place limits on how long the administration can detain family units, and who is eligible to claim asylum need to be closed.
This month a federal judge ruled that the government cannot stop migrants from claiming asylum in the U.S. even if they crossed the border illegally, ruling that it conflicts with the law as set out by the 1965 Immigration and Nationality Act.


Last month, Trump announced a “safe third country” deal with Guatemala that would require migrants who cross into the country to apply for asylum there instead of at the U.S. border. However, that too faces court challenges in both Guatemala and the U.S.
Source>https://www.foxnews.com/politics/court-trump-administration-asylum-rule
Posted by theodore miraldi at 2:40 PM