CNN Took Quote OUT Of CONTEXT For Own 'PARTISAN Political Agenda'

White House press secretary Stephanie Grisham slammed CNN as “so biased & dishonest” late Wednesday, claiming the network took a quote of hers out of context for its own “partisan political agenda.”

The incident in question occurred during a segment accusing President Trump of being a "serial liar."
“@CNN is so biased & dishonest! They just used one of my quotes out of context from another story to try & further their own partisan political agenda,” Grisham wrote. “Weaponizing journalism in an effort to undermine this President & those who work for the Administration (and country) must stop!”

.@CNN is so biased & dishonest! They just used one of my quotes out of context from another story to try & further their own partisan political agenda. Weaponizing journalism in an effort to undermine this President & those who work for the Administration (and country) must stop! 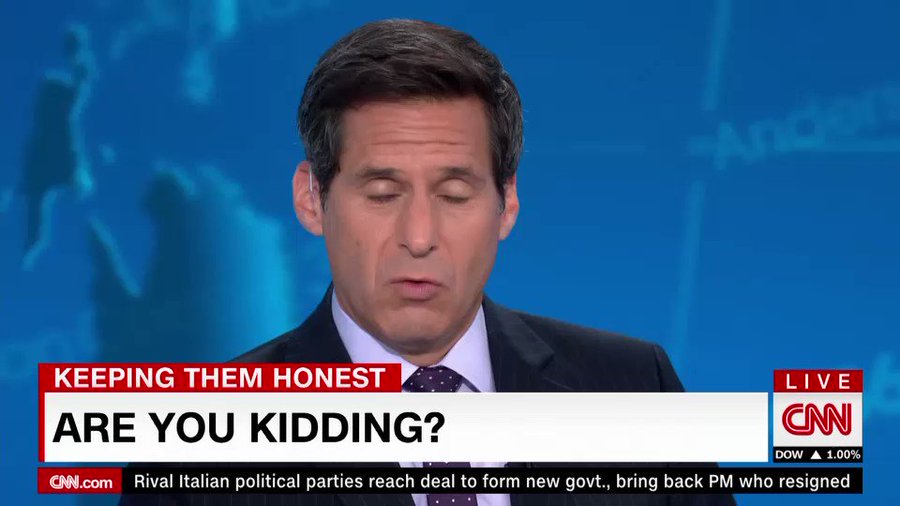 
317 people are talking about this

Berman then interviewed the Washington Post reporter behind Tuesday’s story that Trump allegedly promised to pardon aides who might need to break the law in order to fast-track construction on 500 miles worth of border wall before Election Day 2020. The story cited anonymous current and former White House officials.
President Trump slammed the report on Twitter Wednesday, calling the claim he’d pardon officials for breaking the law “FAKE NEWS!”At the end of the segment, CNN aired a graphic with a quote from a separate Washington Post storypublished this week that profiled Grisham. The story discusses how Grisham manages to stay out of the spotlight and does her work from behind the scenes since Trump first appointed her in June to succeed Sarah Sanders.
CLICK HERE TO GET THE FOX NEWS APP “I don’t think they’re lies. ... I think the president communicates in a way that some people, especially the media, aren’t necessarily comfortable with,” Grisham told The Washington Post in the profile piece. “A lot of the times they take him so literally. I know people will roll their eyes if I say he was kidding or was speaking in hypotheticals, but sometimes he is.”
Source>https://www.foxnews.com/media/white-house-stephanie-grisham-cnn-biased-dishonest-partisan-political-agenda
Posted by theodore miraldi at 8:09 AM