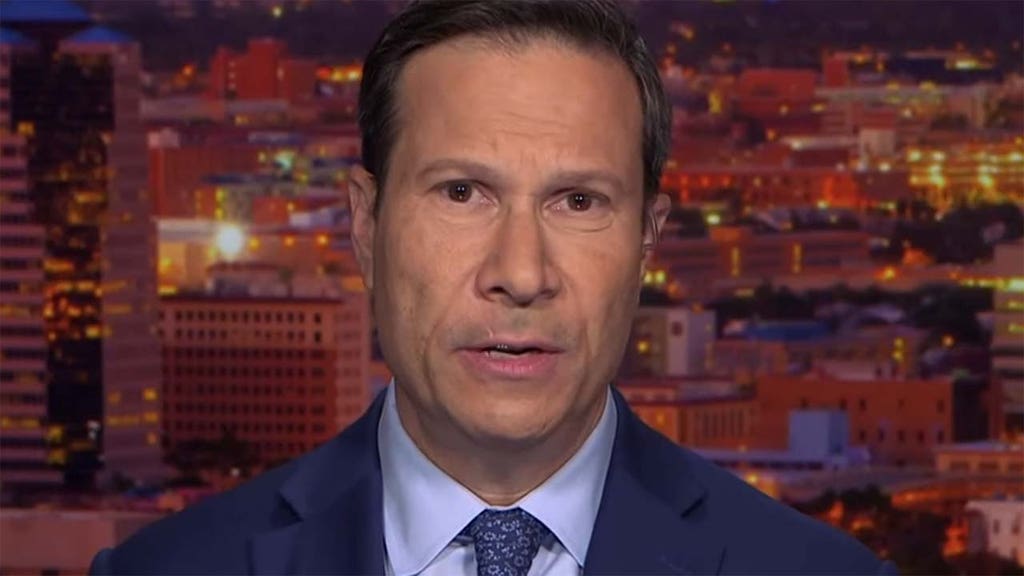 NBC News contributor Frank Figliuzzi said Tuesday that President Trump’s decision to fly American flags half-staff until Aug. 8-- in response to the El Paso and Dayton mass shootings-- could be seen by white supremacists as a nod to Adolf Hitler.

Figliuzzi, a former FBI assistant director for counterintelligence, made the claim during an MSNBC broadcast with Brian Williams. Trump issued the order on Sunday “as a mark of solemn respect” for the victims of the shootings.
TRUMP TO VISIT EL PASO MASS SHOOTING SITE, IN SPITE OF DEMS' WARNING TO STAY AWAY
“The president’s either getting really good advice and rejecting it, or he’s getting really bad advice," he said. "We have to understand the adversary and the threat we’re dealing with, and if we don’t understand how they think we’ll never understand how to counter them, so it’s the little things and the language and messaging that matters.
“The president says that we will fly our flags at half-mast until August  8, that’s 8/8. Now I’m not going to imply that he did this deliberately, but I am using it as an example of the ignorance of the adversary that’s being demonstrated by the White House,” Figliuzzi continued. “The numbers 8/8 are very significant in the neo-Nazi and the white supremacy movement. Why? Because the letter ‘H’ is the eighth letter of the alphabet, and to them, the numbers 8/8 stand for ‘Heil Hitler."
“So we’re going to be raising the flag back up at dusk on 8/8. No one’s thinking about this. No one’s giving the advice, or he’s rejecting the advice,” he added.
TRUMP CONDEMNS ‘WHITE SUPREMACY,’ CALLS FOR MENTAL HEALTH AND GUN REFORMS AFTER DOUBLE MASS SHOOTINGS
Trump made remarks Monday condemning white supremacy and called for reforms at the intersection of mental health and gun laws, including so-called "red flag laws" to take guns from those deemed a public risk.
“Our nation is overcome with shock, horror and sorrow,” Trump said, in solemn remarks from the White House. “We are outraged and sickened by this monstrous evil.”
The president also condemned white supremacy, responding to reports that the shooter in El Paso wrote a racist manifesto.
"In one voice, our nation must condemn racism, bigotry and white supremacy,” Trump said, standing beside Vice President Pence. “These sinister ideologies must be defeated. Hatred has no place in America.”
Fox News’ Brooke Singman contributed to this report.
Source>https://www.foxnews.com/politics/nbc-news-trump-order-flags-halfstaff-homage-adolf-hitler
Posted by theodore miraldi at 8:15 AM