Barr asked Trump to reach out to other countries for Durham probe, official says; source pushes back on NYT reporting

A Justice Department official told Fox News on Monday that Attorney General Bill Barr asked President Trump to make introductions to foreign countries that might have had information pertinent to U.S. Attorney John Durham's ongoing probe into possible misconduct by the intelligence community at the outset of the Russia investigation.
But a person familiar with the situation told Fox News it would be wrong to say Trump "pressed" the Australian prime minister for information that could have discredited former Special Counsel Mueller's now-completed probe, as The New York Times reported earlier Monday.
"The countries have been helpful," the source said. "There was no pressing required."
TRUMP DEMANDS SCHIFF RESIGN OVER 'PARODY' READING OF UKRAINE CALL
The president was letting the heads of other countries know that the attorney general would be contacting the appropriate law enforcement entities in each country, according to the DOJ official. When Barr was in Italy last week, he did talk to law enforcement officials there about Durham's review, Fox News was told.
The DOJ official also stressed that this has been a routine procedure in diplomacy and that Barr would not usually reach out to his direct counterpart in another country unilaterally. Instead, usually there would be an introduction of sorts made at the head-of-state level.
U.S. Attorney John Durham was appointed to look into possible intelligence community misconduct at the outset of the Russia investigation back in May. (File)
Barr assigned Durham, the U.S. attorney in Connecticut, back in May to conduct the inquiry into alleged misconduct and improper surveillance of the Trump campaign in 2016, as well as whether Democrats were the ones who'd improperly colluded with foreign actors.
“Mr. Durham is gathering information from numerous sources, including a number of foreign countries. At Attorney General Barr’s request, the president has contacted other countries to ask them to introduce the attorney general and Mr. Durham to appropriate officials,” Justice Department spokeswoman Kerri Kupec said.
Durham, known as a “hard-charging, bulldog” prosecutor, according to a source, has been focusing on the period before Nov. 7, 2016 — including the use and assignments of FBI informants, as well as alleged improper issuance of Foreign Intelligence Surveillance Act (FISA) warrants. Durham was asked to help Barr to “ensure that intelligence collection activities by the U.S. government related to the Trump 2016 presidential campaign were lawful and appropriate.”
Democrats increasingly have targeted Barr. House Speaker Nancy Pelosi, D-Calif., said Friday that Barr has “gone rogue,” alleging an attempted “cover-up” of the whistleblower complaint that has led to an impeachment inquiry of the president.
CLICK HERE FOR THE ALL-NEW FOXBUSINESS.COM
Pelosi made the comments on MSNBC's “Morning Joe” after host Joe Scarborough asked if she was concerned that the country's institutions could fail due to Barr's behavior.
“I think where they are going is the cover-up of the cover-up, and that's very really sad for them. To have a Justice Department go so rogue, they have been for a while, and now it just makes matters worse,” said Pelosi, faulting Barr for instructing the director of national intelligence to bring the whistleblower complaint to the White House.
Source>https://www.foxnews.com/politics/barr-trump-durham-probe-new-york-times-reporting-justice-department
Posted by theodore miraldi at 7:25 PM No comments: 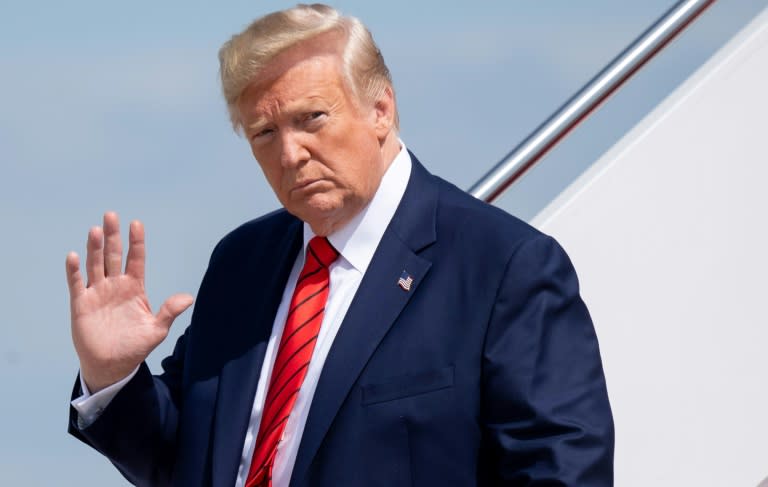 'I refuse to believe that the leaking, timing and presentation of this complaint is coincidence' 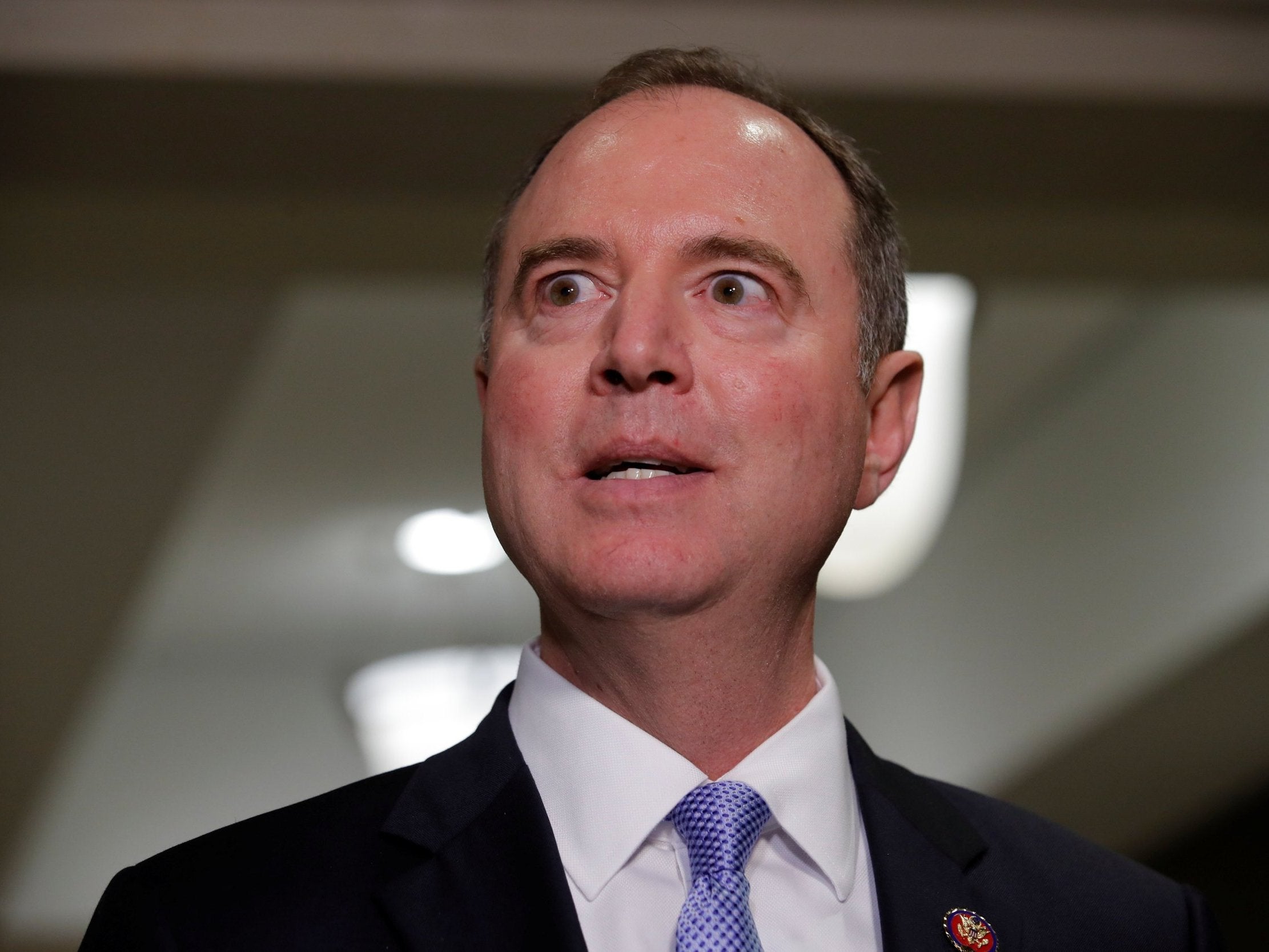 Fred Fleitz, who served as the National Security Council chief of staff last year, believes the whistleblower who filed a complaint against President Donald Trump was aided by congressional Democrats and lawyers.

Writing in the New York Post, Fleitz said the complaint suggests the whistleblower was "pursuing a political agenda" and pointed to the writing style of the complaint to back his claim.

"It appears to be written by a law professor and includes legal references and detailed footnotes. It also has an unusual legalistic reference on how this complaint should be classified," Fleitz said.

"From my experience, such an extremely polished whistleblowing complaint is unheard of," he explained. "This document looks as if this leaker had outside help, possibly from congressional members or staff."

"Moreover, it looks like more than a coincidence that this complaint surfaced and was directed to the House Intelligence Committee just after Adam Schiff (D-Calif.), an outspoken opponent of President Trump, expressed numerous complaints in August 2019 accusing President Trump of abusing aid to Ukraine to hurt Joe Biden. This includes an August 28 tweet that closely resembled the whistleblowing complaint," Fleitz wrote.

In that tweet, from August 28, Schiff claimed Trump was withholding military aid from Ukraine while his personal lawyer — Rudy Giuliani — sought help from the "Ukraine government to investigate his political opponent."

Trump is withholding vital military aid to Ukraine, while his personal lawyer seeks help from the Ukraine government to investigate his political opponent. It doesn’t take a stable genius to see the magnitude of this conflict. Or how destructive it is to our national security.

@NatashaBertrand
· Aug 28
BREAKING: Trump has asked his national security team to review funding for Ukraine, to ensure the money is being used “in the best interests” of the US. The funding has been put on hold. News comes days after Trump advocated for reinstating Russia to G7. https://politico.com/story/2019/08/28/trump-ukraine-military-aid-russia-1689531…
8:17 PM · Aug 28, 2019·Twitter for iPhone

Also of great concern is the fact the whistleblower admitted he did not have first-hand knowledge of Trump's phone conversation with Ukrainian President Volodymyr Zelensky, which Fleitz said proves "intelligence officers have grossly violated the rules as well as the trust placed on them" by disclosing Trump's classified conversations.

"I refuse to believe that the leaking, timing and presentation of this complaint is coincidence," Fleitz said. "I don't think the American people will buy this either."

Posted by theodore miraldi at 7:03 PM No comments:

How's That For Chutzpah!

​WASHINGTON – Joe Biden’s presidential campaign is asking top network execs to please stop booking ​President Trump’s personal lawyer ​Rudy Giuliani.
Biden campaign officials Anita Dunn and Kate Bedingfield wrote a letter to network news presidents, chief anchors and the executive producers of the Sunday shows for ABC, CBS, NBC, MSNBC, CNN and Fox News Channel, Deadline reported.
“We are writing today with grave concern that you continue to book Rudy Giuilani on your air to spread false, debunked conspiracy theories on behalf of Donald Trump,” the letter said.
“While you often fact check his statements in real time during your discussions, that is no longer enough. By giving him your air time, you are allowing him to introduce increasingly unhinged, unfounded and desperate lies into the national conversation.”
Biden’s campaign asked the TV heavyweights if a Biden campaign surrogate could get equal time if Giuliani continued to be booked.
“Vice President Biden and his campaign are the targets of these attacks. Saying simply that you will put a Democrat on, at a time when there are many declared candidates for the Democratic nomination for the presidency, is neither fair treatment nor equal treatment,” the campaign operatives argued.


Hunter Biden had falling out with business partner over Ukraine gig

The former mayor made the rounds​ Sunday morning, appearing on ABC’s “This Week,” CBS’ “Face the Nation” and Fox News Channel’s “Sunday Morning Futures with Maria Bartiromo.”
During those appearances he continued to suggest that Joe and Hunter Biden were up to no good in their dealings with Ukraine.
He also spouted that Hunter Biden’s business with China was also corrupt.
None of these accusations are founded in fact.
But the Ukra​i​nian narrative is central to the controversy that sparked the Democrats’ impeachment inquiry — that President Trump asked the new Ukrainian president to link up with Giuliani to look into the Bidens.
Source>https://nypost.com/2019/09/29/biden-campaign-asks-news-networks-to-stop-booking-giuliani-report/
Posted by theodore miraldi at 6:09 PM No comments:

Goodwin: Donald Trump Now Has To Battle CIA SPIES In Dems’ WAR Against Him