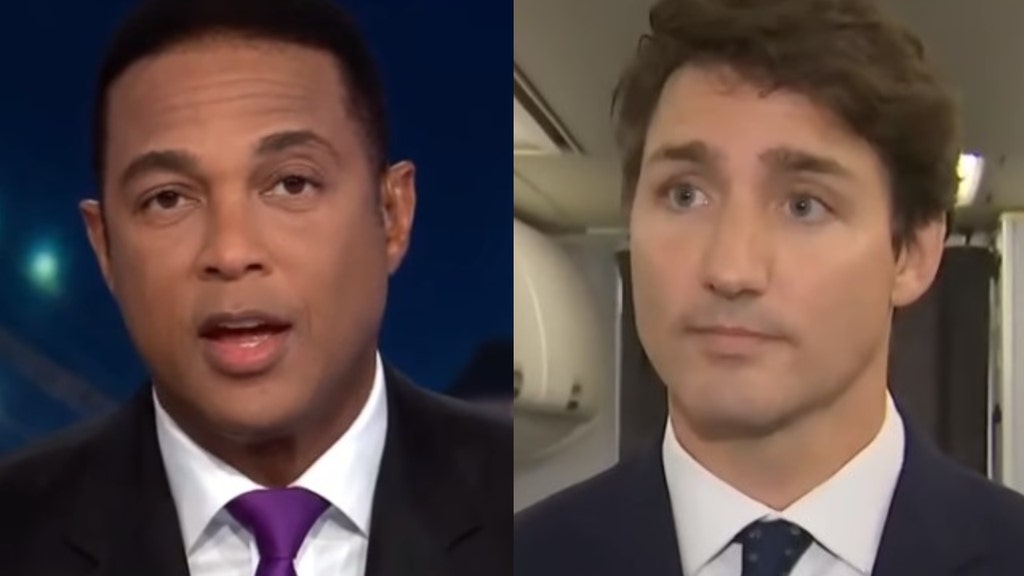 
CNN anchor Don Lemon squeezed in a swipe of President Trump while praising Canadian Prime Minister Justin Trudeau for his handling of the brownface photo controversy that emerged Wednesday night.
Trudeau apologized after a 2001 photo emerged in a Time magazine report showing him wearing brownface makeup to an “Arabian Nights” party at the private school where he was teaching.
"I shouldn't have done that. I should have known better, but I didn't and I'm really sorry," Trudeau told reporters. "I take responsibility for my decision to do that. I shouldn't have done that. I should've known better. It was something that I didn't think was racist at the time but now I recognize that it was something racist to do and I'm deeply sorry."
CANADIAN PM JUSTIN TRUDEAU ADMITS TO WEARING BROWNFACE IN 2001 PHOTO, APOLOGIZES
Lemon expressed his pleasant shock that a "leader" would apologize and knocked the U.S. leader in the process.
"Wow, a leader apologizing. It seems odd, doesn't it?" Lemon reacted. "Because we have one who doesn't."
The CNN panel also offered a defense for Trudeau, with commentators stressing that "context matters" and stressed that Trudeau's photo was vastly different from Democratic Virginia Gov. Ralph Northam's 1986 blackface photo.
CLICK HERE TO GET THE FOX NEWS APP
Before wrapping up the segment, however, Lemon reiterated his praise for Trudeau.
"I do have to say this before we go: think about it however you want to think about it. When someone apologizes- wow!" Lemon said to the panel. "We don't often see that here, especially in a world leader who is saying 'I should've known better and I'm sorry.' You can feel about it however you want, but that, to me, that does mean a lot."
Fox News' Morgan Phillips contributed to this report.
Source>https://www.foxnews.com/media/cnn-don-lemon-justin-trudeau-brownface-photo
Posted by theodore miraldi at 7:35 AM