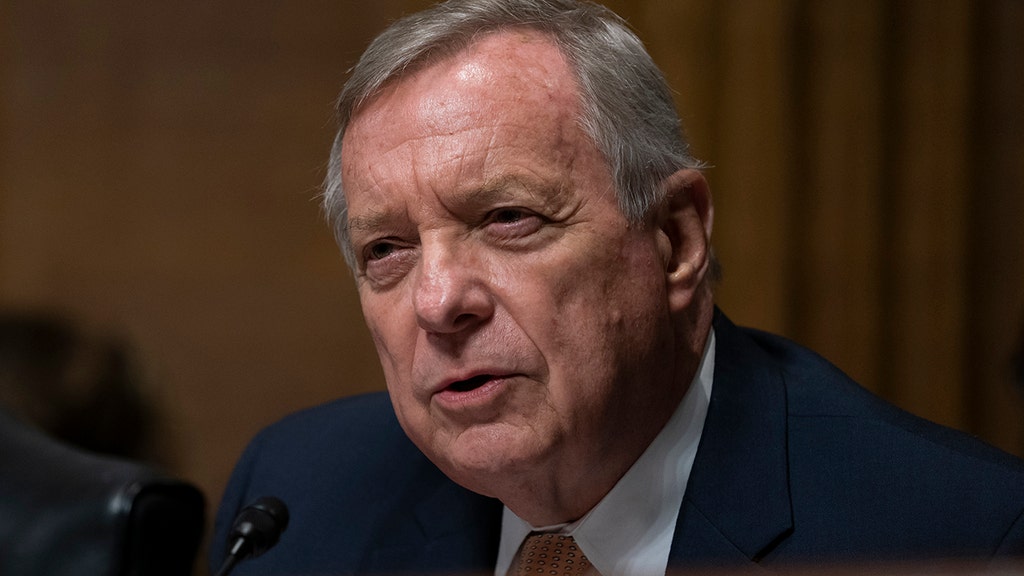 Sen. Dick Durbin, D-Ill., was asked Monday about the prospects of Democrats taking up an effort to impeach Supreme Court Associate Justice Brett Kavanaugh and he responded, “Get real,” according to a report.


Calls to impeach Kavanaugh came after an essay in The New York Times brought to light separate sexual misconduct allegations against him dating back to his time at Yale University. The Times reported that the FBI did not investigate the claim.
The paper was forced to run an editor’s note and revise the essay after it was revealed that it left out that the accuser declined to be interviewed and her friends said she doesn’t recall the incident.
NYT REPORTERS BEHIND KAVANAUGH STORY SUGGEST KEY INFORMATION WAS REMOVED BY EDITORS
The report prompted 2020 Democrats to call for Kavanaugh's ouster. The new push to impeach Kavanaugh appeared to divide Democrats still eyeing an effort to impeach President Trump.
“We’ve got to get beyond this ‘impeachment is the answer to every problem,” Durbin said, according to Politico. “It’s not realistic. If that’s how we are identified in Congress, as the impeachment Congress, we run the risk that people will feel we’re ignoring the issues that mean a lot to them as families.”
Rep. Jerry Nadler, the New York Democrat and chair of the House Judiciary Committee, said the committee will ask Christopher Wray, the FBI director, about the investigation during a later hearing. Nadler stressed that his focus is on impeaching Trump.
A Kavanaugh impeachment would require a majority vote in the Democratic-controlled House, and two-thirds vote in the GOP-majority Senate.
Rep. Ayanna Pressley, D-Mass., will reportedly file an impeachment resolution on Tuesday. She said he must be "held accountable for his actions."
Fox News' Gregg Re contributed to this report.