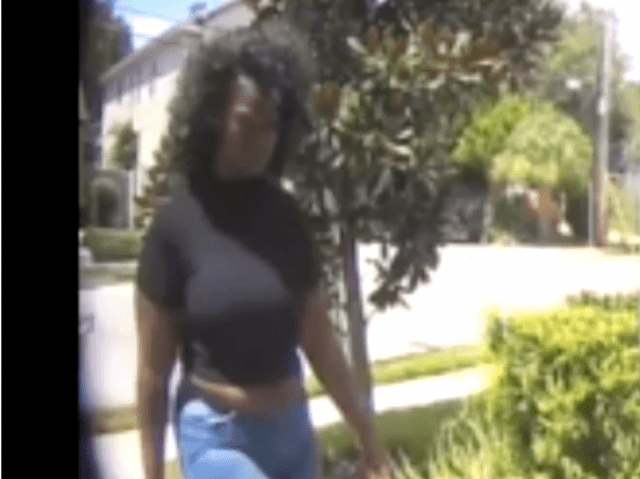 
A woman was caught on camera allegedly stealing a package from a Florida home — with a young child, who followed along, watching her.
The unidentified "porch pirate," as described by the Tampa Police Department, was captured on home surveillance video Sept. 7.
COLORADO WOMAN CHASES DOWN 'PORCH PIRATE' AND SHAMES HER ON VIDEO
The woman is seen walking up to the front porch of the house, located in the neighborhood's Audubon Drive, and taking a package that's seemingly hidden behind a pillar of the porch.
While she takes the package, a young child is seen following closely behind. The two soon leave the house, heading toward the street's sidewalk and walking away.
CLICK HERE TO GET THE FOX NEWS APP
Investigators explained in a Facebook post they want to find the adult, and the child — "to explain about consequences to actions."
Anyone with information on the theft is urged to contact the Tampa Police Department at 813-231-6130.
Source>https://www.foxnews.com/us/florida-porch-pirate-stealing-package-little-girl
Posted by theodore miraldi at 11:10 AM