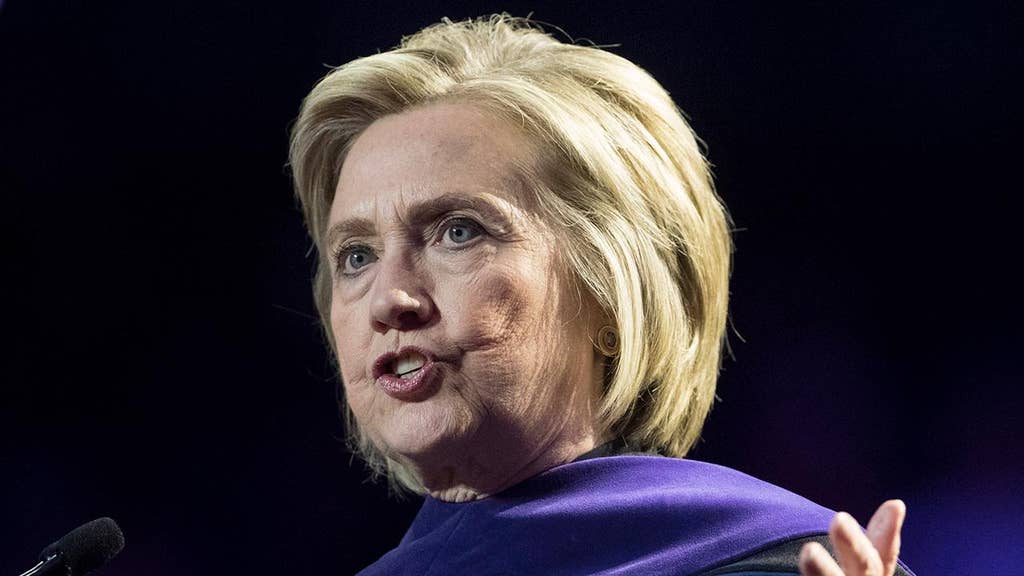 
A since-retired federal immigration judge has been fined and barred from federal service for two-and-a-half years after she was found to have violated the Hatch Act by promoting then-presidential candidate Hillary Clinton’s immigration plan during a 2016 deportation hearing.
The U.S. Office of Special Counsel said Tuesday that Carmene “Zsa Zsa” DePaolo – a former immigration judge who was employed by the U.S. Department of Justice but has since retired – has been reprimanded and disciplined by an administrative law judge on behalf of the Merit Systems Protection Board. She was fined the maximum possible civil penalty of $1,000 and slapped with a 30-month debarment from federal service.
GOP SENATORS INTRODUCE BILL REQUIRING DNA TESTING OF MIGRANTS TO CURB CHILD TRAFFICKING
The OSC filed a complaint against DePaolo in June 2018 accusing her of violating the Hatch Act – which prohibits federal employees from engaging in political activity while on duty or in the federal workplace.
“We are very pleased with the outcome of this case and believe the significant disciplinary action imposed against Judge DePaolo is appropriate and warranted,” Special Counsel Henry J. Kerner said in a statement.
According to the OSC, DePaolo violated the Hatch Act as she presided over a March 2016 public deportation hearing for an individual facing deportation and a 10-year ban on reentry into the United States.
The judge, the watchdog said, called that punishment “a pretty harsh thing” and said that Clinton intended to change that if she won. If Democrats won the Senate, she said at the time, "there’s some hope that they can actually pass immigration legislation.” Republicans won both the White House and Senate in 2016.
DePaulo, according to the OSC, also said the Republicans “aren’t going to do anything” about immigration “if they can help it” other than “try to deport everybody.”
“Respondent's actions raises the specter that this nation's courtrooms are partisan, and that judges consider political platforms when advising litigants. The very nature of her offense politicizes the judiciary and the federal workforce and militates toward a more severe sanction,” the decision said. “This conduct sends a bad message to subordinates, and possibly instills the notion that political activity is allowed at work. If a judge can say it from the bench, what stops other employees from making these statements in the office?”
DePaolo served as a judge on the Otay Mesa Immigration Court in California.
The OSC said DePaolo is now retired but did not say when she left the court. The website FederalPay.org said she made an annual salary of $172,100 a year in 2017.
Source>https://www.foxnews.com/politics/judge-fine-for-promoting-clinton-immigration-plan-at-deportation-hearing
Posted by theodore miraldi at 1:27 PM