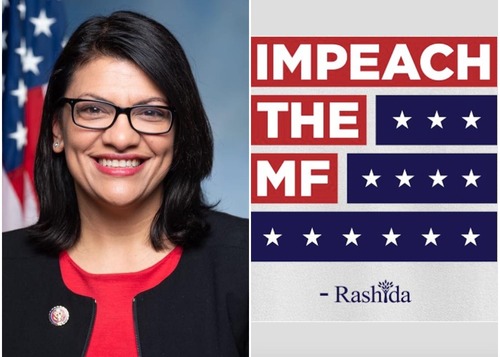 Rep. Rashida Tlaib’s reelection campaign started selling $29 "Impeach the MF" t-shirts Thursday, two days after Speaker of the House Nancy Pelosi announced Congress is launching an impeachment inquiry into President Trump.
“You’ve asked for ‘em. And now we’ve got 'em,” her campaign wrote in an email, according to The Detroit News.
RASHIDA TLAIB CALLS TRUMP AN EXPLETIVE DURING PITCH TO IMPEACH

Lean in with me to hold this lawless President accountable. Together, we will fight back and protect our democracy.

Our country depends on it!

...and yes you can even wear what you feel https://secure.actblue.com/donate/impeachmftshirts … 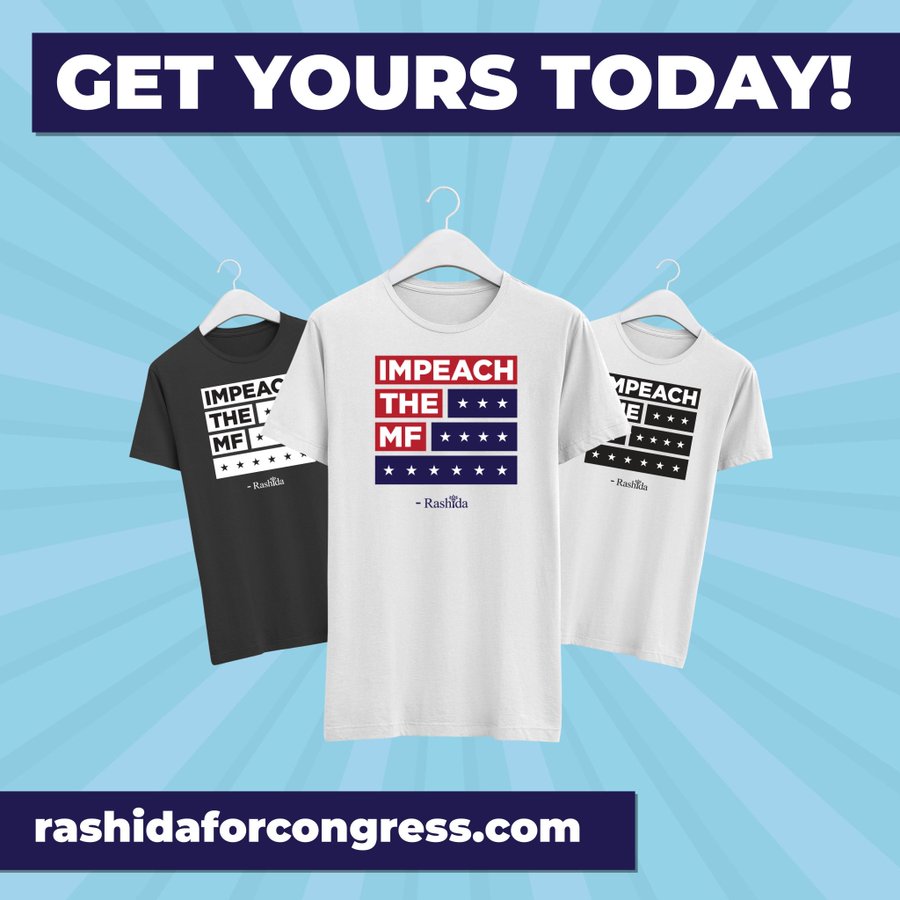 3,287 people are talking about this
The quote is a reference to a controversial remark Tlaib made to supporters soon after she was sworn into Congress in January. “We’re going to impeach the mother****r,” she said in a video that went viral.
Both Republicans and Democrats criticized her language and Trump called it “disrespectful” and “disgraceful.”
Republican Rep. Bill Huizenga, R-Mich., said the t-shirts are inappropriate and said he would let his supporters know about them.
“Can you imagine the outrage if I had put a t-shirt together like that for impeaching President Obama?” Huizenga said, according to The Detroit News. “First of all, my mother would have called me and told me, ‘Shame on you.’ Then I would have heard from my Republican colleagues asking me, ‘What in the world are you doing?’”
CLICK HERE TO GET THE FOX NEWS APP
Tlaib also led a crowd of pro-impeachment protesters on Capitol Hill Thursday in chanting the quote, according to Roll Call.
Source>https://www.foxnews.com/politics/rashida-tlaibs-campaign-selling-impeach-the-mf-t-shirts
Posted by theodore miraldi at 8:01 AM