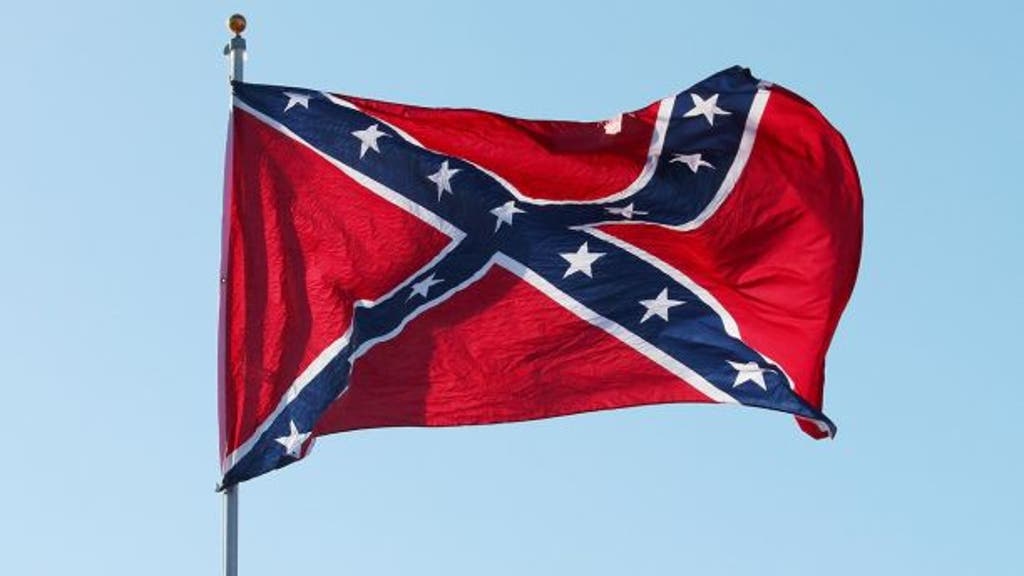 A Georgia teacher was reportedly placed on administrative leave this week after posting in a high school classroom a description of the Confederate flag as an announcement that you “intend to marry your sister.”


The Hephzibah High School teacher’s description was displayed on the board with a photo of a Confederate flag, Augusta's WRDW-TV reported.
The description said the Confederate flag is "a sticker you put on the back of your pickup truck to announce that you intend to marry your sister. Think of it like a white trash 'Save the Date' card."
VIRGINIA HIGH SCHOOL STUDENTS POSE WITH CONFEDERATE FLAGS DURING ‘SPIRIT WEEK’
The district launched an investigation into the teacher after a parent posted a photo of the description to social media.
"She found it offensive, so she sent it to me and asked me what I thought," Melissa Fuller said of her daughter who was in the teacher's classroom, according to WRDW. She then posted it on Facebook.
"A lot of is that it's not morally correct. It's unethical," Fuller told WRDW. "It's just something you don't want to discuss today in today's world and especially inside of a classroom."
The district issued a statement on the controversy that said in part: “The Richmond County School System is committed to creating a diverse, equitable learning environment for students. The language used in the example was unacceptable and has no place in our classrooms.”
Source>https://www.foxnews.com/us/georgia-high-school-teacher-on-administrative-leave-after-saying-confederate-flag-means-you-intend-to-marry-your-sister
Posted by theodore miraldi at 10:13 AM