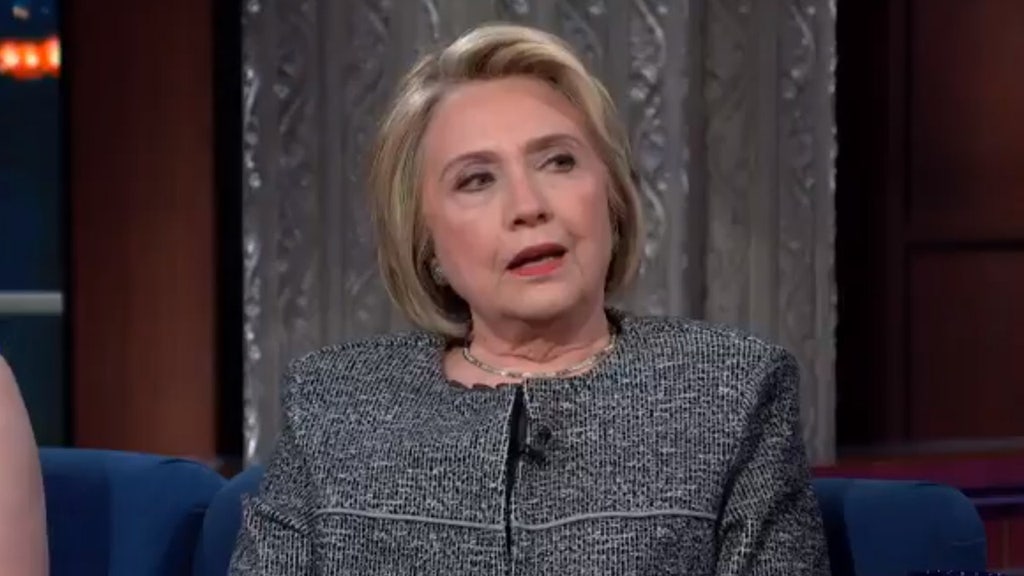 
Speculation is growing that Hillary Clinton will make a last-minute entry into the 2020 presidential race after reports published Tuesday said members of the Democratic establishment doubted any of the party’s current top candidates can beat President Trump next November.
But those Democrats already running said Clinton is doing more harm than good for the party by taking aim at Rep. Tulsi Gabbard, D-Hawaii, in recent remarks.
HILLARY CLINTON BACKS OUT OF DC EVENT ALSO SET TO INCLUDE TULSI GABBARD, KIRSTJEN NIELSEN: REPORT
Clinton in recent weeks has privately stated she would enter the 2020 presidential race if she were certain she could win, The New York Times reported Tuesday. The story, titled “Anxious Democratic Establishment Asks, ‘Is There Anybody Else?’,” said about a half-dozen Democratic donors gathered in New York City questioned whether former front-runner Joe Biden could stand strong against Trump, citing Biden’s lackluster debate performance in Ohio last week.
They also raised concerns about Biden's fundraising struggles and his need to defend his family’s business dealings in Ukraine amid the ongoing Trump impeachment inquiry.
They also said Sens. Elizabeth Warren and Bernie Sanders were likely too liberal to win the general election.
Meanwhile, The Washington Post, citing unnamed sources, reported that Clinton was considering a 2020 rematch against Trump after the State Department concluded this week there was "no persuasive evidence of systemic, deliberate mishandling of classified information" regarding Clinton's use of a private email server while serving as secretary of state.
The same State Department report, however, found dozens of individuals were at fault for mishandling classified information and found hundreds of security violations during her 2009-2013 tenure.
STATE DEPARTMENT REPORT ON CLINTON EMAILS FINDS HUNDREDS OF VIOLATIONS, DOZENS OF INDIVIDUALS AT FAULT
Clinton, the first woman to win a major party presidential nomination – and the national popular vote leader with almost 3 million more votes than Trump – remains a popular figure in her party, even after enduring criticism for losing key Midwestern states in 2016. For Republicans, she's a perennial target — currently in the Mississippi governor's race, where Democratic nominee Jim Hood, a longtime attorney general, is being attacked for acknowledging he voted for her over Trump.
Clinton’s supporters within the Democratic establishment have also passed around an op-ed published earlier this month in the San Francisco Chronicle by former Mayor Willie Brown titled: “Who should run against Trump? How about Hillary Clinton?” The Washington Post reported.
Both the Post and the Times reported that Clinton was not the only possible last-minute candidate on Democrats’ minds. Also being considered were: former New York Mayor Michael Bloomberg, Disney chief executive Bob Iger, Sen. Sherrod Brown, D-Ohio, and former first lady Michelle Obama.
The Associated Press contributed to this report.
Source>https://www.foxnews.com/politics/hillary-clinton-2020-rematch-trump-presidential-race-new-york-times-washington-post
Posted by theodore miraldi at 7:53 AM