Impeachment Inquiry? NO, Americans Are Witnessing An Impeachment CONCLUSION 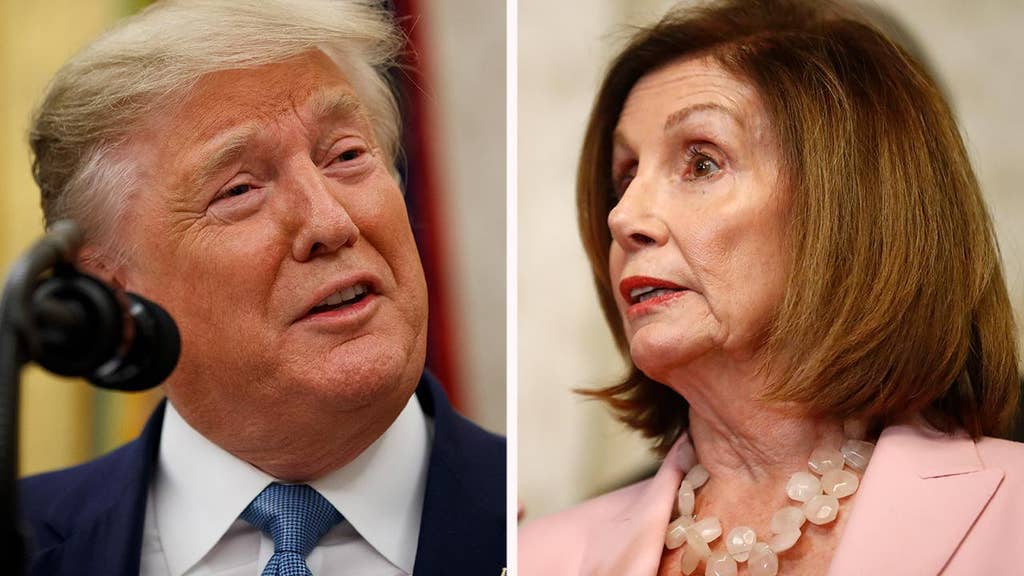 President Trump’s top allies are pushing back hard against the fraudulent impeachment investigation on Capitol Hill. Congressman Lee Zeldin (R-NY) was absolutely correct when he described the Democrat’s latest probe of the President as a “political charade” and a “clown show.”
With the Democrats trying to overturn the 2016 presidential election behind closed doors through selective leaks to a mainstream media that’s completely in the tank, it’s no wonder the White House said “no more.”
Unwilling to acknowledge their daily blunders and change direction, Speaker Nancy Pelosi and House Democrats appear poised to rush a hyper-political and ultra-secretive impeachment process through the House in order to satisfy their crazed obsession to impeach President Trump, despite the lack of evidence, public support and enormous political risk involved.
Democrats can only afford a net loss of 17 seats in the House in order to maintain a 218 majority after the 2020 elections -- a task that would be difficult under any circumstances, much less a presidential election year.
But instead of trying to move bipartisan legislation, that could help American families and fulfill campaign promises, Pelosi has set into motion a drive towards impeachment that she will not be able to stop, regardless of what transpires in the course of this sham of an investigation.
The American people understand full well what they are witnessing is no impeachment inquiry, but rather an impeachment conclusion.
The decision to impeach – the irresponsible rush to judgment – has already occurred.  What will happen over the next weeks and months is simply a phony act by House Intelligence Committee Chairman Rep. Adam Schiff, D-Calif., and company to make it look like they’re carefully considering the facts of the case. This abuse of power will boomerang on the Democrats at the ballot box in 2020.
In 1974, irrefutable evidence against President Richard Nixon had surfaced that implicated him in potential criminal activity that the American people believed reached the threshold of high crimes and misdemeanors.
The Democratically-controlled House Judiciary Committee voted in favor of articles of impeachment against Nixon with bipartisan support that paved the way for his resignation in August of 1974.
Three months later, the American people handed the Democrats a 49 seat pick-up in the U.S. House in the midterm elections.
In 1998, evidence surfaced that President Bill Clinton had engaged in criminal activity, but the American public refused to go along with the House Republican majority’s decision to impeach Clinton for perjury and obstruction of justice involving the cover-up of his inappropriate relationship with White House intern Monica Lewinsky.
Throughout the divisive investigation, and despite the criminal behavior engaged in by Clinton, his approval rating remained in the sixties throughout the impeachment process in the fall of 1998.
In October 1998, the Republican-controlled House voted to begin impeachment proceedings despite Clinton’s resilient popularity, only to lose five seats at the hands of the American people on Election Day a month later.
CLICK HERE TO GET THE OPINION NEWSLETTER
While the examples of 1974 and 1998 both involved alleged criminal activity, the current situation involving President Trump and his phone call with Ukrainian President Volodymyr Zelensky neither rise to the level of an impeachable offense or involve criminal activity.
Regardless, Pelosi’s unhinged Democrats are plowing forward and will likely vote to impeach President Trump on weak charges with a party-line vote sometime in 2020 because they hate the president more than they love our country.
This disastrous decision will put the Democrat’s House majority in play and make President Trump’s re-election in November 2020 even more likely.

There are 31 districts that President Trump carried in 2016 that are currently held by a Democrat in Congress. Those 31 districts are located in 18 states, 8 of which are presidential swing states.  Those eight states -- Arizona, Iowa, Michigan, Minnesota, New Hampshire, Nevada, Pennsylvania, and Wisconsin – will be visited constantly by President Trump and Vice President Pence over the next 13 months.
In these critically important states is where 13 of the 31 endangered House Democrats reside.  This means that every time President Trump or one of his surrogates come to town, they will remind voters that they need to vote one of Pelosi’s impeachment hungry House Democrats out of office.
CLICK HERE TO GET THE FOX NEWS APP
This presidential swing-state problem for Democrats is compounded by the fact that conservative districts in Oklahoma, Utah, South Carolina, New Mexico, and Georgia will almost certainly bounce back to the Republicans behind the strength of President Trump at the top of the ticket.
President Trump will turnout an enormous vote in his favor next November, but just imagine what turnout will look like if Trump supporters are motivated further by Pelosi’s radicals in the House approving flimsy, controversial, and partisan articles of impeachment?
It’s clear that President Trump’s name on the ballot in 2020 is the X-factor in a post-impeachment world that could result in the Democrat’s worst nightmare: a Republican sweep in November 2020.
Source>https://www.foxnews.com/opinion/impeachment-inquiry-david-bossie
Posted by theodore miraldi at 11:33 PM