Karl Rove to Hillary: 'PUT Up Or SHUT Up' On Tulsi Gabbard ACCUSATIONS 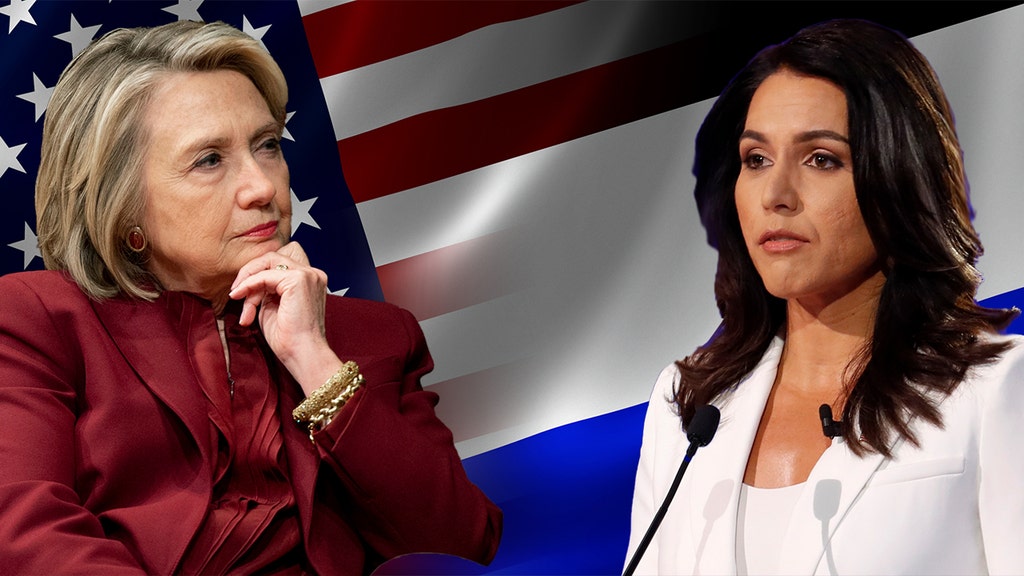 
Former George W. Bush senior adviser Karl Rove admonished Hillary Clinton on Friday for accusing Democratic presidential candidate Tulsi Gabbard of being a Russian asset, saying Clinton should present proof of her claims or "go away."
"Put up or shut up," Rove said on "The Story with Martha MacCallum."
"She's either got to come forward with the evidence of the bots in the platforms or the sites that are being used on behalf of Gabbard," Rove continued. "She has to come up with the evidence of Jill Stein was a Russian asset. Tell us who proved that that was the case. Or better yet, just shut up or go away. This is just appalling."
HILLARY CLINTON FLOATS CONSPIRACY THAT TULSI GABBARD IS BEING 'GROOMED' BY RUSSIANS
Earlier Friday, Clinton in a podcast interview appeared to float a conspiracy theory that the Russians were “grooming” Gabbard, the Hawaii congresswoman and U.S. military veteran, to be a third-party candidate in 2020 -- although Clinton didn't mention Gabbard by name.
In the same discussion, Clinton claimed that 2016 Green Party nominee Jill Stein was "also" a Russian asset.
Some Democrats have repeatedly accused Gabbard of being a "puppet for the Russian government."
Gabbard responded to Clinton on Friday in a Twitter message.
"Great! Thank you @HillaryClinton. You, the queen of warmongers, embodiment of corruption, and personification of the rot that has sickened the Democratic Party for so long, have finally come out from behind the curtain."
Rove called Clinton's charges "outrageous" and wondered aloud why the former first lady would "engage in this kind of bizarre activity."
"And she better either prove them, give the evidence to the FBI if she believes it. Or if [the allegations are] actually true, give them to the American people, "Rove added.

Video
CLICK HERE FOR THE FOX NEWS APP
Also on "The Story," Democratic strategist Robert Zimmerman defended Clinton's remarks and attacked President Trump, prompting Rove and MacCallum to ask Zimmerman to quit deflecting.
"Hillary Clinton has either lost it, and if she hasn't lost it, then put the evidence out there and let all the American people judge whether or not this is true," Rove said.
Source>https://www.foxnews.com/media/karl-rove-tells-hillary-clinton-to-put-up-or-shut-up-over-tulsi-gabbard-accusations
Posted by theodore miraldi at 8:23 AM