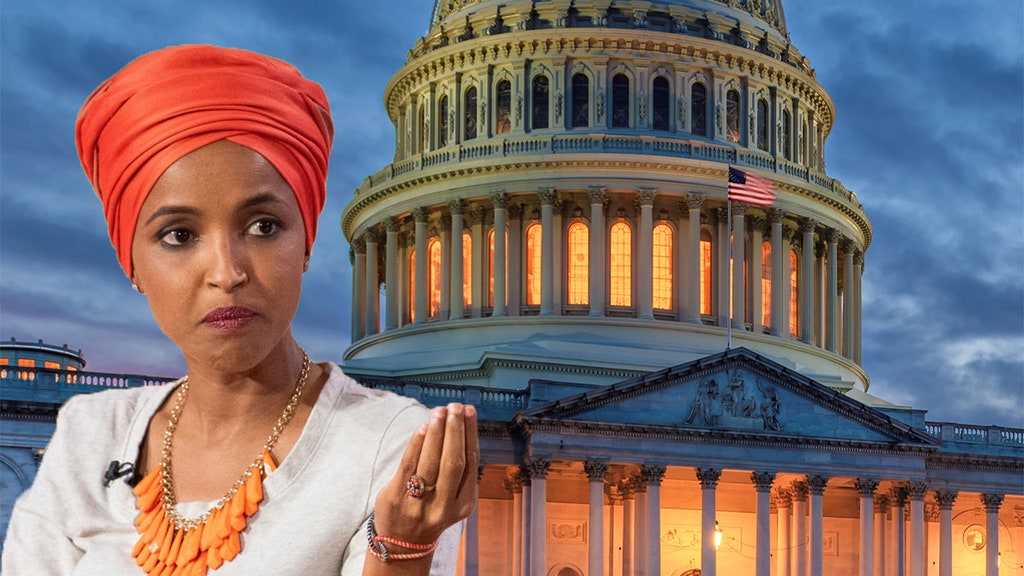 Rep. Ilhan Omar, D-Minn., on Tuesday refused to support a congressional resolution recognizing the Armenian genocide, saying it was important first to condemn the preceding "mass slaughter" of "hundreds of millions of indigenous people," as well as the "transatlantic slave trade."
Omar, in a statement explaining her vote of "present" on the resolution, also seemingly suggested that the century-old mass killings of Armenians by Ottoman Turks may not have occurred at all. She asserted that "accountability and recognition of genocide should not be used as a cudgel in a political fight" but should instead "be done based on academic consensus outside the push and pull of geopolitics."
The comments prompted accusations that Omar, again, was seeking to communicate a bigoted message while maintaining a veneer of wink-and-nod deniability -- even as she has previously called for a boycott over alleged Israeli human-rights abuses, described the Sept. 11 terrorist attacks as an instance in which "some people did something", and asserted that "Israel has hypnotized the world."
Omar and Rep. Rashida Tlaib made history as the first Muslim women in Congress earlier this year, and within weeks, Omar was criticized by her own party for series of remarks deemed anti-Semitic -- including her claim that Jewish support in Washington was "all about the Benjamins, baby." (Tlaib, too, has also been accused of anti-Semitism in office.)
Political analyst Zaid Jilani noted that contrary to Omar's claim, the U.S. has condemned both the treatment of Native Americans and the slave trade.
"There's nothing wrong with asking that the U.S. government acknowledge human rights abuses here before we acknowledge them overseas," Jilani wrote. "The issue is, the U.S. government already did acknowledge the ones Omar is asking it to acknowledge. Didn't acknowledge the Armenian genocide at behest of Turkey."
Jilani added: "Congress has passed many resolutions condemning abuses against Native Americans and slavery. It has never passed a resolution condemning the Armenian genocide. That's why Ilhan Omar's explanation here rings hollow."
Other commentators were alternately perplexed and outraged by Omar's statement.
"Her explanation doesn’t cut it," said political scientist Ian Bremmer.
PELOSI ACKNOWLEDGES OMAR'S REMARKS ARE ANTI-SEMITIC
"Hard to square this approach with her support for BDS. Not a good look," wrote former George W. Bush administration official Christian Vanderbrouk, referring to Omar's support for the movement to boycott and sanction Israel for alleged human rights abuses.
"This is a bizarre explanation," journalist Yashar Ali observed.
"All lives matter?" mused Alan Cole, a senior GOP economist on Capitol Hill.
"I'm utterly confused by this," GOP political strategist Andrew Surabian wrote, asking if Omar was "suggesting here that there is no 'academic consensus' that the Armenian genocide occurred???"
INVESTIGATION FINDS OMAR BROKE CAMPAIGN FINANCE RULES -- AND FLAGS POTENTIAL TAX LAW VIOLATIONS
The New York Post's Brooke Rogers noted that Omar's invocation of term "academic consensus" raised the possibility that Omar, like Turkey, was seeking to dispute basic facts about the genocide.
Earlier this year, Turkish President Recep Tayyip Erdogan said nations accusing his country of committing genocide had their own “bloody past.”
ISRAEL BLOCKS OMAR FROM ENTERING COUNTRY AFTER MULTIPLE ANTI-SEMITIC REMARKS
Historians estimate that up to 1.5 million Armenians were killed around World War I, and many scholars see it as the 20th century's first genocide.
Turkey disputes the description, claiming the toll has been inflated and considering those killed victims of a civil war, rather than casualties of genocide.
The nonbinding resolution passed 405-11 Tuesday.
Click Photo To View VIDEO

Video
Some opponents of the resolution have advanced different reasons from Omar -- arguing that formally recognizing the Armenian genocide risks angering Turkey, whose relationship is crucial to stability in the region.
But such apprehensiveness has waned with Turkey’s invasion of northeast Syria earlier this month following President Trump's abrupt withdrawal of U.S. troops from the region.
GOP Rep. Paul Gosar and Democratic Rep. Eddie Bernice Johnson also voted present.
Speaking on the House floor in support of the resolution, House Foreign Affairs Committee Chairman Eliot Engel, D-N.Y., said the resolution “is an important measure to set the record straight on the atrocities suffered by the Armenian people at the hands of the Ottoman Empire in the early 20th century.”
"We know what happened in this dark period of history. Between 1915 and 1923, 1.5 million Armenians were murdered. This was a genocide — and it’s important that we call this crime what it was."
There have been no plans to bring the resolution up for a vote in the Senate. A second resolution on Tuesday, imposing severe sanctions on Turkish officials and prohibiting the sale of military arms to Turkey for use in Syria, passed in the House by a 403-16 vote.
Fox News' Bradford Betz contributed to this report.
Source>https://www.foxnews.com/politics/llhan-omar-armenian-genocide-bill-congress-acknowledge-other-mass-slaughters
Posted by theodore miraldi at 8:16 AM