To Help Homeless, California Turns To DUMB IDEA Loved By The LEFT – And Guaranteed To FAIL 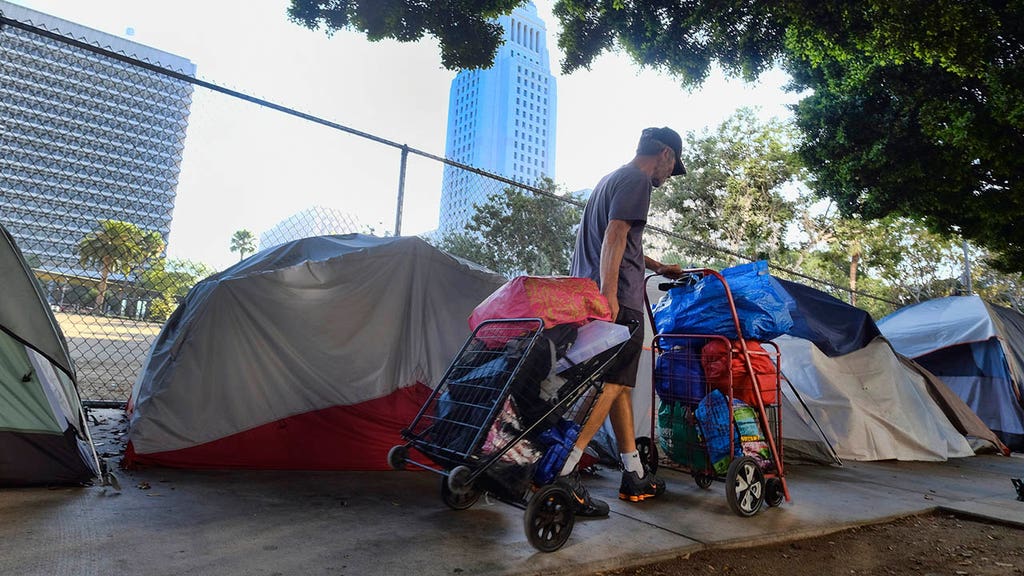 
What's really behind California’s homeless crisis?
It was former Chicago Mayor Rahm Emanuel who famously said, “You never want to let a serious crisis go to waste. What I mean by that is it gives you an opportunity to do things that you could not do before.”
The tactic has been linked to Saul Alinsky, the radical Chicago community organizer of whom former Secretary of State Hillary Clinton, former President Barack Obama and Democratic presidential contender Sen. Bernie Sanders, I-Vt., are disciples.
CALIFORNIA SALON OWNER BLASTS GOV. NEWSOM OVER HOMELESS CRISIS: HE'S MORE CONCERNED WITH 'TROLLING' TRUMP
In November 2018, California voters defeated a statewide ballot initiative that would have extended rent control statewide. It was soundly rejected by an almost 20-point margin. Every county in the state except for San Francisco voted it down.
Even the Democrat running for governor, Gavin Newsom, indicated his opposition to the initiative. But now that he's in office, the former lieutenant governor and former mayor of San Francisco has changed his position, insisting the state must respond to the homeless problem.
Last week we learned of at least one of the actions the governor plans to take. Newsom signed a statewide rent-control law, overturning the will of the people. He followed the progressive playbook by using the homeless crisis “to do things that you could not do before.”
Progressives assert that the homeless crisis is due in large part to a housing shortage, and that the best way to address the shortage is with rent control. The new law also protects tenants from eviction without good reason and provides compensation to tenants if they are evicted due to renovation.
“The housing crisis is reaching every corner of America, where you’re seeing high home prices, high rents, evictions and homelessness that we’re all struggling to grapple with,” said Assemblyman David Chiu, a San Francisco Democrat who authored the bill. “Protecting tenants is a critical and obvious component of any strategy to address this.”
It may be “obvious” to some, but any scratching of the surface of California's rent law shows it to be utterly useless.
First, the law ignores the fact that the state's epicenters of homelessness, Los Angeles and San Francisco, already have rent control on the books that's even more stringent than what just passed.
In San Francisco, studies show the caps have sharply decreased the supply of rental housing, driving up rents citywide by 5 percent. That's because landlords demolished properties and built pricey new ones to avoid the caps.
If rent control helps reduce homelessness, why is the problem so prevalent in the very cities that already have it? And how is extending it to the rest of the state supposed to address the issue?

Rent control has been a proven failure in addressing housing problems. It prompts landlords to convert their properties into owner-occupied homes, and deters investment in the housing market, aggravating the shortages that caused them in the first place.

The truth the left would prefer you not to know: The homeless problem has little to do with lack of affordable housing. There is plenty of affordable housing in California outside major cities. For instance, next to Los Angeles County is Riverside, where the average rent is $1,525 per month, close to the national average of about $1,400.
Not everyone can afford to live exactly where they want to live. Most Californians understand this.
What politicians must acknowledge is that the real cause of most homelessness is the prevalence of mental illness and substance abuse in the homeless community. According to a U.S. Department of Housing and Urban Development report, 45 percent of homeless people suffer from mental illness. A University of Pennsylvania report, found that about half suffer from alcohol or drug dependence.
In addition, a U.S. Conference of Mayors report in 2014 revealed that only 18 percent of the homeless are employed. That means that for most, the cost of housing doesn't really matter. They simply can't afford it.
Rent control has been a proven failure in addressing housing problems. It prompts landlords to convert their properties into owner-occupied homes, and deters investment in the housing market, aggravating the shortages that caused them in the first place.
Further, when landlords are limited in their ability to raise rents and cannot freely evict tenants, they will be extremely careful in who they rent to. That has a significant adverse effect on the ability of low-income people to find rental housing. Europe has had such limitations for years, and it's notoriously difficult to qualify for a rental property there.
Europe similarly requires “good cause” before terminating an employee; the thinking being that this will result in fewer layoffs and thus lower unemployment. In fact, it has the opposite effect. The harder it is to fire someone, the more cautious employers are in hiring.
The same concept applies to housing.
Addressing homelessness with a statewide rent-control law highlights why California’s homeless problem has gotten so bad.
State politicians would rather use the crisis to pass pet progressive policies rather than address root causes with real solutions. One can only imagine what progressive “solution” is coming next.
Perhaps a $1,000-a-month “freedom dividend” for the homeless?
Source>https://www.foxnews.com/opinion/jim-breslo-calif-gov-newsom-uses-homeless-crisis-to-justify-statewide-rent-control-law
Posted by theodore miraldi at 10:55 AM