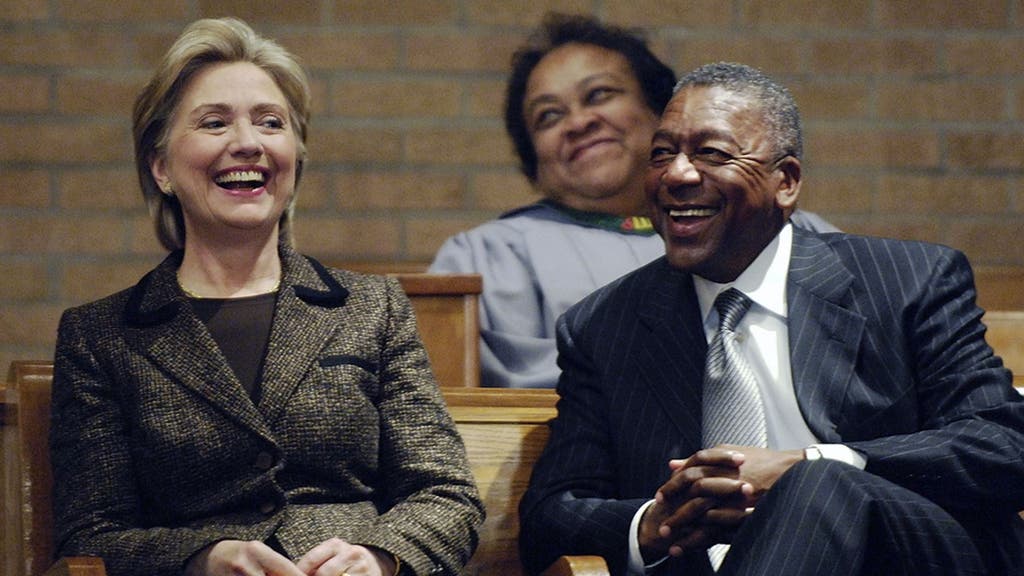 Robert Johnson, the founder of Black Entertainment Television, said in an interview Friday that he does not believe that there's a Democrat in the 2020 field today who can prevent President Trump from winning a second term.

Johnson, a lifelong Democrat who has in the past praised Trump, told CNBC that his opinion was based on facts and he did not want to make it political.
"I think the president has always been in a position where it’s his to lose based on his bringing a sort of disruptive force into what would be called political norms,” he said.
Johnson said it would be wise to disregard polling that shows Trump losing his grip in battleground states and said if you took a "snapshot" today the election would be Trump's to lose.
In July, Johnson – the country’s first African-American billionaire – warned that the Democrats have become too liberal and said at the time that he isn’t supporting a particular 2020 candidate.
“I think the economy is doing great, and it’s particularly reaching populations that heretofore had very bad problems in terms of jobs and employment and the opportunities that come with employment,” Johnson said at the time. “African-American unemployment is at its lowest level…  I give the president a lot of credit for moving the economy in a positive direction that’s benefiting a large amount of Americans.”
Fox News' Brian Flood contributed to this report
Source>https://www.foxnews.com/politics/bet-founder-says-2020-election-is-trumps-to-lose
Posted by theodore miraldi at 10:31 AM