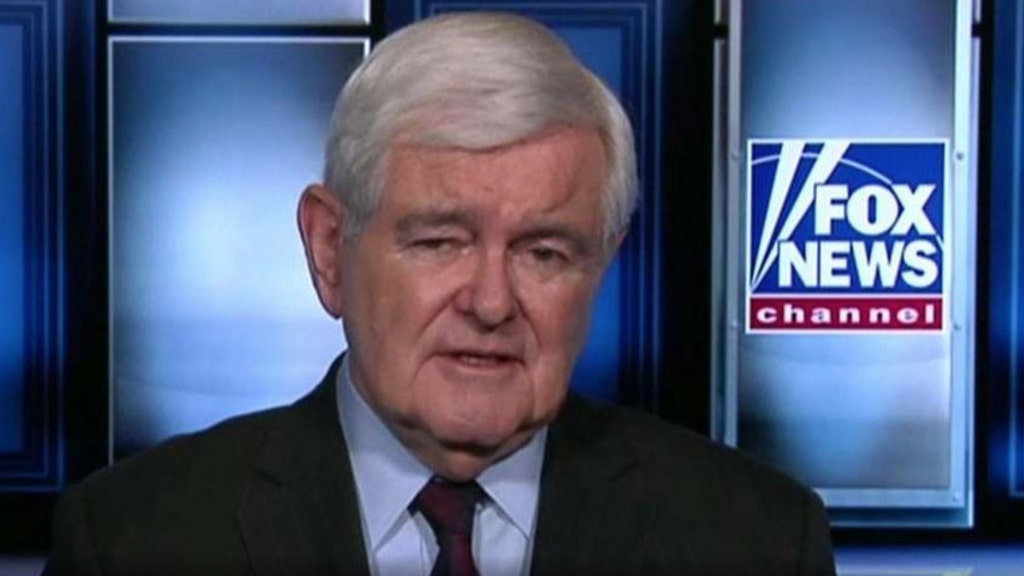 
House Democrats do not seem very confident in the evidence they have gathered for an impeachment trial in the Senate, former House Speaker Newt Gingrich said Monday.
Gingrich was referring to current Speaker Nancy Pelosi's decision to sit on the articles of impeachment passed last week accusing President Trump of abuse of power and obstruction of Congress for his dealings with Ukraine. Pelosi said she stopped the clock in order to pressure the Senate into agreeing to certain terms for a trial. In an unusual press conference last Thursday, Pelosi, D-Calif., defended her decision to hold off, calling McConnell a "rogue leader.”
“They’re just buying time to see if they can create more evidence,” Gingrich told “Fox & Friends.”
REP. SCALISE: DEMS STARTED IMPEACHMENT INQUIRY 'LOOKING FOR A CRIME' AND NEVER FOUND ONE
“But the whole thing is pretty stupid. First of all, they’re admitting that the case they have is so weak, they don’t want to send it over to the Senate. The more they behave politically, the more they devalue the entire impeachment process."
Pelosi indicated the House would eventually send the articles over to the upper chamber but insisted it is up to the Senate to determine how the process develops going forward.
PELOSI STANDS BY DELAY IN SENDING IMPEACHMENT ARTICLES TO SENATE, CALLS MCCONNELL A ‘ROGUE LEADER’
She has signaled that the House is waiting for the Senate to set out how Trump's trial will be conducted before they determine the next steps, such as designating impeachment managers.
Pelosi doubled down Monday morning, tweeting: "The House cannot choose our impeachment managers until we know what sort of trial the Senate will conduct. President Trump blocked his own witnesses and documents from the House, and from the American people, on phony complaints about the House process. What is his excuse now?"
Gingrich said that, despite the lack of evidence characterized in the impeachment, the left wing of the Democratic Party wanted to impeach Trump on “general principle” and coerced Pelosi to pursue impeachment by threatening to revoke her speakership.
CLICK HERE TO GET THE FOX NEWS APP
“If you go into a left-wing activist meeting, they hate Trump, they know Trump has done something terrible, they know he should be impeached," Gingrich explained.
Source>https://www.foxnews.com/media/new-gingrich-on-nancy-pelosi-withholding-documents-theyre-just-buying-time-to-see-if-they-can-create-more-evidence
Posted by theodore miraldi at 3:04 PM