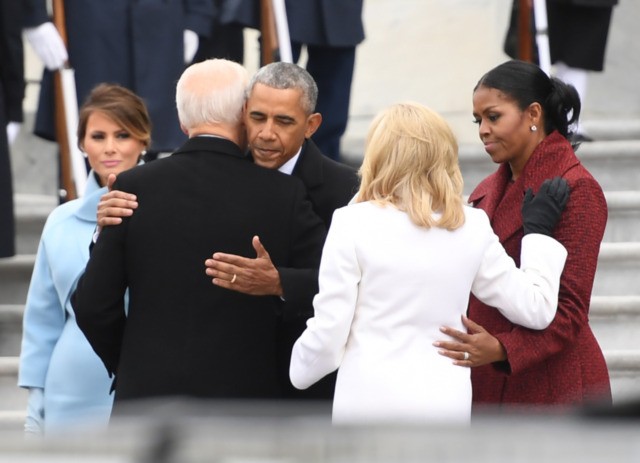 Joe Biden suggested on Tuesday that the Obamas would be appointed to high office if he were elected in 2020, telling voters the former first lady could be his running mate, while her husband was destined for the Supreme Court, provided he wanted the appointment.
The former vice president made the promise during a campaign town hall in Iowa, where he was asked by a voter if he would consider appointing Obama to the Supreme Court.
“Yeah, I would, but I don’t think he’d do it,” Biden said in response. “He’d be a great Supreme Court justice.”
When the voters clarified that he had not stipulated which member of the first family he was referring to, Biden asserted he meant the former president, since he had other plans for the former first lady.
“Well, I sure would like Michelle to be the vice president,” Biden said to laughter from the crowd. “They’re both incredibly qualified people. I mean and they’re such decent honorable people.” 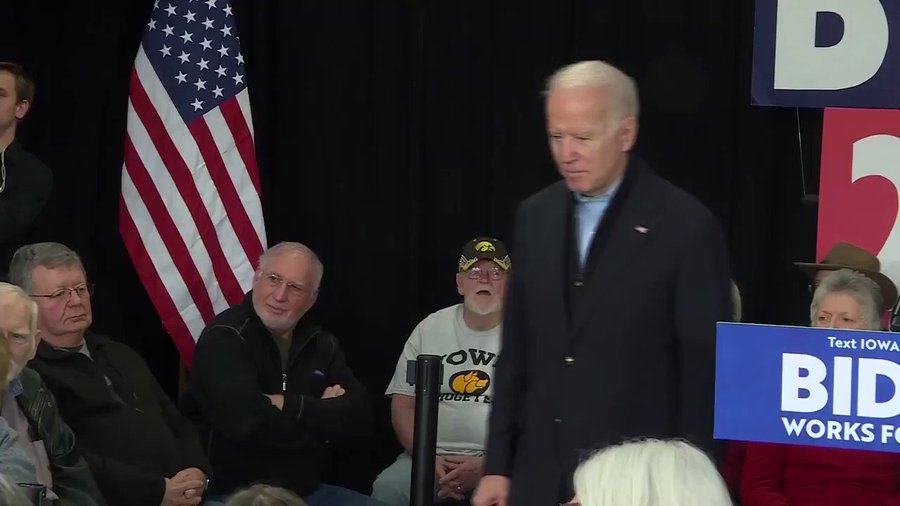 454 people are talking about this
Tuesday marked the second time in recent weeks that Biden has floated the idea that one or both of the Obam’s would play a leading role in Washington, DC, if he were to be elected. During an appearance on The Late Show with Stephen Colbert in September 2019, the former vice president joked that he had already broached the idea of asking Michelle Obama to be his running mate. A few months later in December of that year, Biden went further by telling voters in Iowa he would appoint Barack Obama to the Supreme Court, provided the former president would “take it.”

The suggestions have come as many of the Obamas’ friends and supporters have remained cool on backing Biden. Obama, himself, reportedly is not big on his former vice president’s chances, allegedly telling a rival 2020 Democrat that Biden lacks an “intimate bond” with voters.
Source>https://www.breitbart.com/2020-election/2020/01/28/jjoe-biden-suggests-making-michelle-obama-running-mate-appointing-barack-to-supreme-court/
Posted by theodore miraldi at 8:19 AM